Accountability for International Crimes in Palestine

On January 2, 2015, the State of Palestine acceded to the Rome Statute of the International Criminal Court (ICC), and, on April 1, 2015, Palestine became the 123rd Member State of the ICC . Palestine...

Action seeking accountability for U.S. torture brought in France under the principle of universal jurisdiction.

Actions on U.S. torture brought in Spain under the principle of universal jurisdiction.

Action brought in Germany under the principle of universal jurisdiction.

Action brought in Canada under the principle of universal jurisdiction.

Action brought in Switzerland under the principle of universal jurisdiction.

A federal class action lawsuit against Avi Dichter, former Director of Israel's General Security Service (GSS), on behalf of Palestinians who were killed or injured in 2002, when a one-ton bomb was...

Ahmed Abu Ali is a 37-year-old American citizen of Jordanian origin currently serving a sentence of life without parole in federal prison following a 2005 conviction for material support and related...

Amicus brief in case of Guatemalans subjected to non-consensual medical experiments between 1945 and 1956.

CCR submitted an amicus brief in this case on behalf of the parents of Furkan Doğan , who was killed in the 2010 attack on the Gaza Freedom Flotilla . The flotilla, which carried more than 700...

CCR, AIUSA and WSLS filed FOIA requests with government agencies seeking the release of records related to the evaluations or authorizations of secret detention and transfer, policies and procedures...

A lawsuit that charges the Department of Defense and other government agencies with illegally withholding records concerning the abuse of detainees in U.S. military custody.

Freedom of Information Act Requests to various U.S. government agencies regarding the 2009 military coup in Honduras.

Charging former Paraguayan official Americo Peña-Irala with the wrongful death of Joelito Filártiga. The suit pioneered the application of a previously little-used 1789 federal statute, the Alien...

A class action lawsuit brought against the former Head of the IDF Army Intelligence, which charges that the defendant's participation in the shelling of a UN compound in Qana, Lebanon constitutes war...

Sanchez-Espinosa v. Reagan is a case that challenged U.S. officials’ support for murder, rape, and other torture in Nicaragua. In May 1984, while the International Court of Justice was issuing a...

In two amicus briefs to the Supreme Court in 2011 and 2012, CCR argues that, reflecting general principles of international law, corporations can be held liable in U.S. courts for human rights...

Consolidated cases against private military contractor Blackwater, later known as Xe Services, and its founder Erik Prince, for the Nisoor Square shooting and the killing of civilians at Watahba...

A civil action filed by the Center for Constitutional Rights (CCR) on behalf of the families and estates of two men who died at Guantánamo Bay in June 2006. The case was brought against the...

CCR argues that an appeals court wrongly decided that Congress has the power to forbid federal courts from considering claims by former Guantánamo detainees.

In 1993, CCR and co-counsel sued Radovan Karadžić for genocide, war crimes and crimes against humanity – including the campaign of rape and other sexual violence as a form of torture and genocide...

Amicus briefs in a case seeking civil liability from multinational corporations for their role aiding and abetting the South African apartheid regime.

A case brought under the Alien Tort Statute for extrajudicial killing and persecution on behalf of the parents of Isis Obed Murillo, in partnership with El Comité de Familiares de Detenidos...

Doe v. Lumintang is a civil lawsuit brought against the former Vice Chief of Staff of the Indonesian Army, Johny Lumintang. The suit implicates Lumintang in an official policy of repression of the...

A case brought by four former Guantanamo prisoners against former Secretary of Defense Donald Rumsfeld seeking damages for their arbitrary detention and torture.

Camilo E. Mejia is a former staff sergeant with the Florida National Guard who, in 2004, after over eight years of military service and a five-month tour in ar-Ramadi in southern Iraq, became the...

In October 1983, President Ronald Reagan announced that he had ordered a pre-dawn invasion of Grenada by nearly 1,900 Marines and armed airborne troops under the code name “Urgent Fury.”...

A suit on behalf of unarmed residents of the Niger Delta, who protested at Chevron's offshore Parabe Platform. On the morning of May 28, Nigerian human rights protestors were shot and some killed by...

The case was filed on behalf of three Haitian women who were brutally tortured by FRAPH. Two of the three plaintiffs were gang-raped in front of their families. A third was attacked by two FRAPH...

CCR joined as an amicus in urging the Inter-American Court of Human Rights to determine that the longstanding failure to investigate, prosecute, or prevent the crimes in this case (three in a series...

Horman v. Kissinger is a lawsuit filed by the Center for Constitutional Rights (CCR) in October 1977 that charged former Secretary of State Henry Kissinger and the rest of the State Department with...

Xuncax v. Gramajo and Ortiz v. Gramajo are two civil damages suits filed on behalf of Guatemalans, all Kanjobal Indians who were brutalized themselves, lost loved ones, and lived in highland villages...

Todd v. Panjaitan is a case filed by the Center for Constitutional Rights (CCR) in 1994 which charged Indonesian General Sinton Pangaitan with human rights abuses. In September 1992, CCR filed a...

Salas v. United States is a case in which the Center for Constitutional Rights (CCR) brought charges against the United States for the 1989 illegal invasion of Panama and subsequent human rights...

Nguyen Da Yen, et al. v. Kissinger is a class action suit in which the Center for Constitutional Rights (CCR) in cooperation with attorneys in California argued that the detention of Vietnamese...

Martinez-Baca v. Suarez-Mason is a case in which Argentinean General Guillermo Suarez-Mason was charged with human rights abuses during the military dictatorship in the 1980s. As Commander of the...

In the Matter of Civilian Population of Chiapas

In the Matter of Civilian Population of Chiapas is an emergency complaint filed by the Center for Constitutional Rights (CCR), in conjunction with the Center for Human Rights Legal Action in...

Greenham Women Against Cruise Missiles v. Reagan is a case which sought to use the U.S. legal system to enjoin the United States from deploying first-use nuclear missiles in Great Britain. The threat...

Drinan, et al. v. Ford, et al. was an attempt to get an injunction restraining the members of the executive branch from conducting military operations in Cambodia without congressional authority. The...

In May 1981, Crockett v. Reagan was filed on behalf of 29 members of Congress who challenged U.S. military intervention in El Salvador. The case claimed that President Ronald Reagan violated the War...

This amicus brief argues that Japan is not immune from suit for its sexual enslavement of women and girls during World War II and presently. After a case in which the district court dismissed the...

American Baptist Churches v. Thornburgh is a case filed against the U.S. Attorney General and the head of the INS that alleged they violated domestic and international laws when they denied asylum to...

CCR has a long history of challenging U.S. war-making and conflict-related human rights violations, both before and since the creation of the war-on-terror narrative. In the 1970s, we pioneered the use of the Alien Tort Statute (ATS) to allow foreign victims of international human rights violations to sue perpetrators in U.S. courts. From seeking accountability from foreign dictators and paramilitary leaders for brutal campaigns of torture, rape, genocide, and other crimes, to suing private military contractors for their roles in torture and unlawful killings, we have worked to secure a measure of justice, and to ensure that U.S. courts remain open to these cases. To prosecute the torturers in our own government, we have pursued multiple cases in foreign courts under the legal principle of universal jurisdiction as well as supported international mechanisms for accountability. These efforts are part of our broader opposition to war – including our historical efforts to challenge U.S. military invention abroad. Since our formation, CCR’s anti-militarism strategies have involved coordinated advocacy with grassroots partners, anti-war peoples’ movements, and impacted community members to demand accountability and reparations for the long-term harms of war and recognition of the impact of war abroad on intensifying militarism and suppression of dissent at home.

What Might Happen To Guantánamo Now That U.S. Troops Are Leaving Afghanistan

..."The more individuals who are cleared to be released, the easier it is to close Guantánamo, because the detainee population gets smaller and smaller every day." Yet the Justice Department is at cross purposes with the Biden administration by opposing legal motions filed by Gitmo prisoners, said...

... granted release by the PRB. Shayana Kadidal of the Center for Constitutional Rights , which has represented several detainees, says ... Read the full piece here .

...International Human Rights Clinic co-director Susan H. Farbstein said much of the case was “driven and led by the plaintiffs.” “Their tireless commitment and their optimism are sort of what have allowed us to get to this point,” Farbstein said. “It just wouldn’t be possible without them, without...

May 12, 2021, New York – The Center for Constitutional Rights issued the following statement in solidarity with the Palestinian people across historic Palestine and in the diaspora who, 73 years after the Nakba and Israel’s forced dispossession of Palestinians from their homeland, continue to...

END_OF_DOCUMENT_TOKEN_TO_BE_REPLACED

Shifting power to the people beyond Biden’s first 100 days Today we are launching our latest federal policy agenda titled “Shifting Power to the People: A Rights-based Vision for Biden & the 117th Congress.” Building on our demands for the first 100-days, this policy agenda provides a roadmap...

Please note that some of the links below lead to photographs and other content that contain images and descriptions of torture and other abuse. Sixteen years ago today , CBS 60 Minutes II broke the news about the serious abuse by U.S. personnel at Abu Ghraib prison in Iraq. Dan Rather hosted an...

CCR stands in solidarity with the veterans of anti-war group About Face who yesterday interrupted an award ceremony in Philadelphia honoring former President George W. Bush. Veterans were responding to President and Laura Bush receiving the “Liberty Medal,” an award to honor those “who strive to... 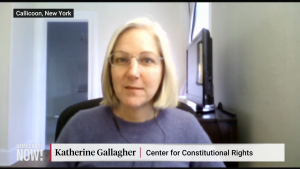 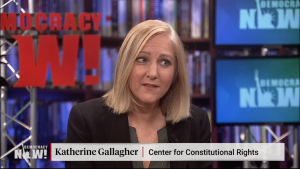 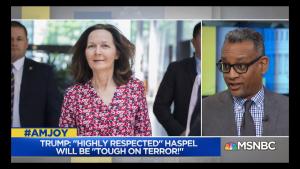