Ahmed Abu Ali is a 37-year-old American citizen of Jordanian origin currently serving a sentence of life without parole in federal prison following a 2005 conviction for material support and related...

A federal lawsuit on behalf of 13 Yemeni-Americans for the unlawful revocation of their family members’ previously approved visas due to the Muslim Ban.

A FOIA request for documents relating to the NSEERS registration program.

CCR and Muslim Advocates filed this Freedom Of Information Act (FOIA) request on January 23, 2018 to obtain documents that would provide much-needed clarity on the process to obtain a waiver to the...

CCR filed an amicus (“friend of the court”) brief in a criminal case on appeal before the U.S. Court of Appeals for the First Circuit in support of the reversal of Defendant-Appellant Tarek Mehanna’s...

On September 5, 2012, in the U.S. District Court for the Northern District of Illinois, plaintiff Muhammad Salah, a U.S. citizen residing in Illinois, filed a lawsuit against the U.S. Department of...

Plaintiff Rahinah Ibrahim is a Muslim woman and a citizen of Malaysia who was a doctoral student at Stanford University writing her thesis on affordable housing. She has neither a criminal record nor...

Harrington v. MTA is a civil suit filed on behalf of Kevin Harrington, a Sikh subway motorman who, following the September 11 attacks, was ordered by the Metropolitan Transit Authority of New York to...

United States of America v. Osama Awadallah is a lawsuit in which the Center for Constitutional Rights defended Osama Awadallah against charges of making two false material declarations before a...

Almontaser v. Hilton Hotel is a suit which charged the Hilton Hotel for intentional employment discrimination against Arab-American Muslims who worked as catering staff at the New York Hilton Hotel...

CCR fights tirelessly to obtain justice for those who have fallen victim to domestic government abuses perpetuated in the name of the so-called “war on terror.” Our challenges to discriminatory profiling, torture, and illegal detentions of Muslims in the U.S. began in the days immediately after the tragic 9/11 attacks when Muslim, South Asian, and Arab (MASA) men were rounded up and detained and continues to this day with our opposition to Trump’s Muslim ban. Our efforts also include litigation opposing: experimental prison units that segregate Muslims, surveillance of Muslim communities, and attempts to coerce Muslims into spying on their communities. Some of our most fundamental rights — the right to habeas corpus, the right to due process, the right to a fair trial, the right to equal protection — rights that separate a democracy from a police state – are being systematically eroded in Muslim communities. The Center is committed to amplifying the voices of our clients, Muslim activists, and their communities through litigation and advocacy. Together, we are working to challenge the prejudice and fear-mongering that has increasingly been used after 9/11 to deny Muslim individuals and communities constitutional protection from government overreach and law enforcement abuse.

...Due to being placed on the no-fly list, some of the men were not able to see family members overseas for years. One was unable to visit his gravely ill grandmother, one was separated from his wife and three young children for nearly five years and another was unable to see his wife for nearly...

... The legal battle started in 2013 when CLEAR , an advocacy initiative at the City University of New York (CUNY), sued the federal government on behalf of Tanvir. Soon after the Center for Constitutional Rights (CCR) and three other Muslim men on the No-Fly list joined the lawsuit. "This...

...The legislation —formally known as H.R. 2214, the National Origin-Based Antidiscrimination for Nonimmigrants Act—passed largely along party lines in a 233-183 vote and takes direct aim at Trump's Muslim ban. "The Muslim Ban is fundamentally discriminatory and should be repealed in its entirety...

...In a statement, the Center for Constitutional Rights said the Supreme Court was being asked to consider whether the Religious Freedom Restoration Act (RFRA) allows the men to sue FBI agents for damages for the harm they suffered as a result of being on the list. "Broad protection for religious...

... That appeal to the right was noted by the Center for Constitutional rights, which said in a statement that Trump is "sending a message that the xenophobic platform that he ran on is one that he will continue to deliver on regardless of legal and human consequences."... Read the full piece here .

Yemeni nationals in U.S. backed into a deadly corner by uncertain TPS policies

... “By all accounts, the situation for Yemen’s 24 million people constitutes the largest humanitarian crisis in the world,” said Ibrahim Qatabi of the Center for Constitutional Rights. “Failure to extend TPS would go against basic principles of decency.” ... Read the full piece here .

The Story of Hussain and Sawsan's Family

END_OF_DOCUMENT_TOKEN_TO_BE_REPLACED

Today, Members of Congress are introducing the No Ban Act. This is Congress’ opportunity to ensure that we mean it when we promise to be a nation of ideas and not one built for any single race, ethnicity or religion. Candidate Trump committed to “a total and complete shutdown of Muslims” from...

CCR and Muslim Advocates have entered into a settlement agreement with the New York City Police Department (NYPD) , ending litigation over the NYPD’s suspicionless surveillance of Muslim Americans in New Jersey. The NYPD spied on at least 20 mosques, 14 restaurants, 11 retail stores, two grade... 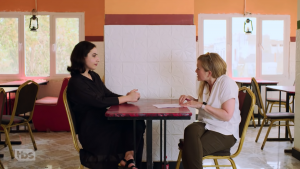 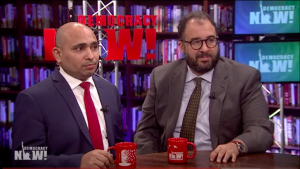 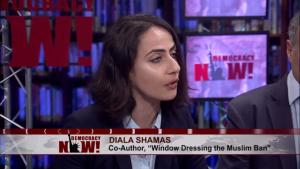