RISE St. James, a faith-based grass-roots organization formed to advocate for racial and environmental justice in St. James, Louisiana, learned in November 2019 that graves of people enslaved on...

A challenge on behalf of landowners in Louisiana's Atchafalaya Basin to the Bayou Bridge Pipeline Company’s (BBP) eminent domain lawsuit.

In 2018, the Louisiana Mid-Continent Oil and Gas Association (LMOGA) drafted and proposed an amendment to Louisiana’s Critical Infrastructure law, which was passed by the legislature, that is so...

A lawsuit brought to chill FIDH's public statements on an issue of public interest. California-based Global Horizons, Inc. and its president, Mordechai Orian, sued FIDH and others for libel and...

Three lawsuits filed on behalf of relatives of murdered activists who were fighting for human rights and environmental justice in Nigeria. The lawsuits are brought against the Royal Dutch Petroleum...

CCR, together with Louisiana Bucket Brigade, Atchafalaya Basinkeeper, and 350 New Orleans, has filed a petition in Louisiana state court seeking the release of records relating to the communications...

On behalf of the Louisiana Bucket Brigade, the Center for Constitutional Rights filed a public records request with the Louisiana Department of Environmental Quality (LDEQ) seeking records related to...

Amicus brief in case of Guatemalans subjected to non-consensual medical experiments between 1945 and 1956.

This case involves a corporate trade group's challenge to 40 years of precedent limiting the government's ability to withhold information requested under the Freedom of Information Act (FOIA). On...

The Center for Constitutional Rights filed a petition in Louisiana state court seeking the release of records relating to the St. Charles Sheriff's travel and communications regarding TigerSwan LLC...

This petition follows a public records request to the Governor of Louisiana's Office for any records of meetings and/or communications between the Governor and his staff and agents of several...

The U.S. Supreme Court granted certiorari in Jesner, et al. v. Arab Bank, PLC to decide the question of whether corporations are liable under the Alien Tort Statute (ATS). CCR's brief argues that the...

Energy Transfer Partners (ETP), the company behind the Dakota Access Pipeline (DAPL), is now seeking to develop a 162-mile pipeline in Louisiana. ETP contracts with private security corporations to...

In two amicus briefs to the Supreme Court in 2011 and 2012, CCR argues that, reflecting general principles of international law, corporations can be held liable in U.S. courts for human rights...

Consolidated cases against private military contractor Blackwater, later known as Xe Services, and its founder Erik Prince, for the Nisoor Square shooting and the killing of civilians at Watahba...

Amicus briefs in a case seeking civil liability from multinational corporations for their role aiding and abetting the South African apartheid regime.

Talisman Energy, Inc. aided and abetted the Sudanese Government in a campaign of genocide and torture against non-Muslim African people in Southern Sudan in order to expand their oil exploration in...

Local 1330 of the United States Steelworkers filed a lawsuit in federal court to save 3,500 jeopardized jobs by keeping open four large steel mills in Youngstown, Ohio.

A suit on behalf of unarmed residents of the Niger Delta, who protested at Chevron's offshore Parabe Platform. On the morning of May 28, Nigerian human rights protestors were shot and some killed by...

Byrd v. Goord is a civil rights case that challenged the collect-call only telephone service for prison inmates operated by the New York State Department of Correctional Services (DOCS). On March 21...

Campaign to Save Our Hospitals v. Giuliani

A civil rights lawsuit which challenged the State of Illinois’ practice of creating exclusive agreements with telephone companies for inmate telephone service.

Since our founding in 1966, the Center has pioneered legal strategies to ensure that courtroom doors remain open to those with the least access to justice. In few instances is this more difficult than when our clients are seeking justice for human rights violations committed or facilitated by a powerful corporation. Starting in the 1990s, the Center began expanding the use of the Alien Tort Statute, one of our signature legal tools, to litigate these corporate cases. A long line of cases has followed since our first victory of the kind in Doe v. Unocal. Standing by our courageous clients, we have since taken on corporations like Shell, Chevron, and Caterpillar for gross human rights violations committed outside the United States, and have supported efforts to ensure corporate accountability by filing amicus briefs in U.S. courts and contributing to corporate accountability efforts at the international level. Our most recent litigation and advocacy efforts in this area have focused on the role of U.S.-based private military contractors in the unlawful killing of civilians by Blackwater in Iraq and in the torture of civilians at the infamous Abu Ghraib prison in Iraq.

Residents in St. James Parish are asking council officials to revoke a land use permit for a planned 14-plant chemical complex, asserting that newly discovered information proves that Formosa’s plastics facility will disturb burial sites of enslaved people and release an unsafe and unprecedented...

...In the new suit, Bold Alliance is joined by plaintiffs at the Center for Biological Diversity, Friends of the Earth, Natural Resources Defense Council, and the Sierra Club, charging U.S. Interior Secretary David Bernhardt for the Bureau of Land Management’s “unlawful grant of a right-of-way and...

... “BBP made a calculated decision that violating the law was cheaper than following it, and the lower court’s ruling [which the appeals court reversed] let them get away with it,” said Pam Spees, senior staff attorney at the Center for Constitutional Rights and one of the attorneys for the...

Tell Your Lawmakers to Have No Association With ALEC!

END_OF_DOCUMENT_TOKEN_TO_BE_REPLACED

On September 14th, Dawn Wooten—a nurse working at a Georgia ICE detention center— blew the whistle on the conditions within the privately-operated Irwin County facility: many of the immigrants forcibly detained in the center are experiencing inhumane living conditions, a lack of protections against...

People often say “you cannot put a value on human life,” but nobody seems to have told this to the American Legislative Exchange Council – known by its acronym, ALEC. ALEC was one of the right-wing groups behind the small but widely reported protests against the lockdown in several states earlier...

Three Things You Should Know About Airbnb Business decisions play an important role in the protection of human rights. In situations of ongoing and grave human rights violations, businesses that claim neutrality serve to uphold the unjust and often deadly status quo. This is as true for Airbnb's... 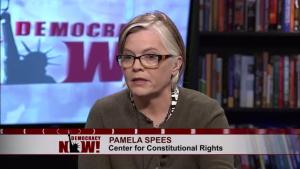 Why Are Mercenaries Fighting America's Wars? 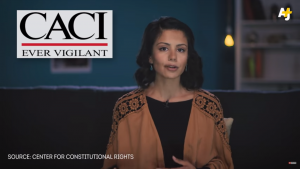 Iraqi victims of Abu Ghraib torture have their day in court 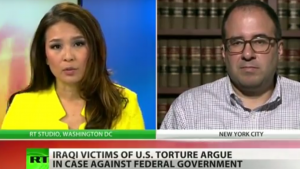