The Center for Constitutional Rights, Lambda Legal, and Boies, Schiller & Flexner LLP filed an amicus brief with the Ninth Circuit Court of Appeals on behalf of 16 non-profit and grassroots...

The Center for Constitutional Rights and the Transgender Law Center filed an amicus brief with the United States Supreme Court on behalf of more than 45 non-profit and grassroots organizations...

Federal lawsuit against a U.S.-based anti-gay extremist for his active role in the conspiracy to strip away fundamental rights from LGBTI people in Uganda, which constitutes persecution.

The Center for Constitutional Rights and ten other amici filed a brief of amicus curiae in support of appellee Adree Edmo. The brief argues that the appellate court should uphold the lower court's...

In 2003, in the landmark decision Lawrence v. Texas , the United States Supreme Court declared that state statutes that criminalize sodomy are unconstitutional. In its sweeping decision, the Supreme...

CCR has joined the Center for HIV Law and Policy (CHLP) , a national leader on HIV policy development, along with 21 national and state organizations, in an amicus brief on behalf of Michael Johnson...

Successful challenges to Louisiana’s requirement that people convicted of Crime Against Nature by Solicitation (CANS) register as sex offenders.

A federal lawsuit that challenges the Air Force's "don't ask, don't tell" policy that discriminates against LGBT members of the military.

CCR has long had a deep commitment to protecting members of LGBTQI communities from discrimination, censorship, violence, and persecution. Throughout the 1990s, the Center fought for the rights of gays and lesbians to serve in the Peace Corps, march in the St. Patrick’s Day Parade, receive funding from the National Endowment of the Arts, and promote safe sex and AIDS awareness, among other efforts. In recent years, we have also successfully fought on behalf of people who were forced to register as sex offenders as a result of convictions under homophobic sodomy laws. Our commitment to LGBTQI rights has taken us beyond our borders and back. The growing exportation of homophobic agendas by U.S. conservatives to other parts of the world has propelled efforts to criminalize LGBTQI people's very existence, along with all advocacy on their behalf, in countries like Uganda and Russia. Using the Alien Tort Statute, one of our signature legal strategies, CCR is suing anti-gay extremist Scott Lively, one of the key figures behind the persecution of LGBTQI Ugandans, on behalf of Sexual Minorities Uganda, and we are working with LGBTQI organizations and allies in multiple countries where LGBTQI people are under attack as a result of interference by U.S.-based extremists.

'Righting past wrongs': The Americans fighting US 'sodomy laws'

... A 2012 class-action lawsuit took aim at the CANS statute, identifying the sex offender registry requirement as unconstitutional. Cooper was among nine anonymous plaintiffs. The Center for Constitutional Rights, one of the organisations behind the lawsuit, found that CANS convictions at the time...

Christian pundits say homosexuality is a bigger sin than slavery, so Black people should get over it

...Lively has also worked with anti-LGBTQ activists in other countries, and he was sued by the Center for Constitutional Rights on behalf of LGBTQ Ugandans in 2012 for his work to promote the death penalty for homosexuality in that country, including telling Uganda’s parliament that homosexuality...

... The Center for Constitutional Rights in 2012 filed a federal lawsuit on behalf of Sexual Minorities Uganda, a Ugandan LGBTQ advocacy group, against Scott Lively, an evangelical pastor from Massachusetts. ... Read the full piece here .

Back in the closet: LGBTQ domestic abuse during COVID-19

... Colleges limiting people on campus to address the spread of COVID-19 means that thousands of LGBTQ college students are being sent home. However, “home is not a safe place,” Chinyere Ezie, a staff attorney at the Center for Constitutional Rights, told CBS News. “With all of the closures that...

... Hundreds of colleges have switched to remote learning and are limiting people on campus to reduce the spread of coronavirus, which has infected more than 653,800 people in the U.S. But for many of the thousands of LGBTQ college students in the U.S., "home is not a safe place," says Chinyere...

Advocacy with U.S. Government in Support of LGBTQIA+ Rights and Gender Justice

The Art of Liberation - Black August 2020

The Case Against Scott Lively

Submission to UN Working Group on Discrimination Against Women and Girls

No Pride in Prejudice: LGBTQIA+ People’s Experiences with Employment Discrimination

END_OF_DOCUMENT_TOKEN_TO_BE_REPLACED

Today, the world honors the dual meanings of Trans Day of Remembrance and Trans Day of Resilience by remembering and celebrating the lives of all trans, non-binary, and gender non-conforming people. Even in the midst of a global public health pandemic (one that is disproportionately affecting trans...

Last month, I had the privilege of moderating a discussion at Simpson Thacher’s 6th Annual Citywide Diversity Reception with activist and Emmy-nominated actress Laverne Cox . Cox, who gained international recognition and acclaim for her portrayal of trans inmate Sophia Burset on the hit Netflix...

“Trans people are dying to live,” Indya Moore told a weary crowd gathered at the memorial service for Layleen Polanco on June 10. Polanco, a bright-eyed transgender woman and member of the House of Xtravaganza, a creative collective and surrogate family, was found dead in her Rikers Island cell on...

From Stonewall to Minneapolis: Fighting for Black, Queer, and Trans Liberation (and Winning!) 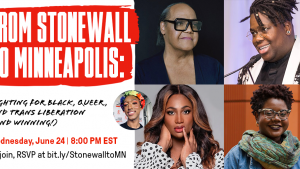 How the U.S. Crackdown on Abortion Laws Influences Other Countries 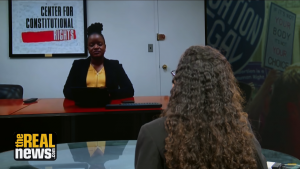 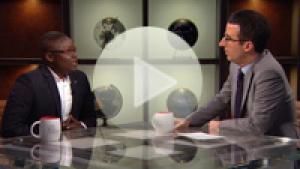