Questions to ask this Mother’s Day 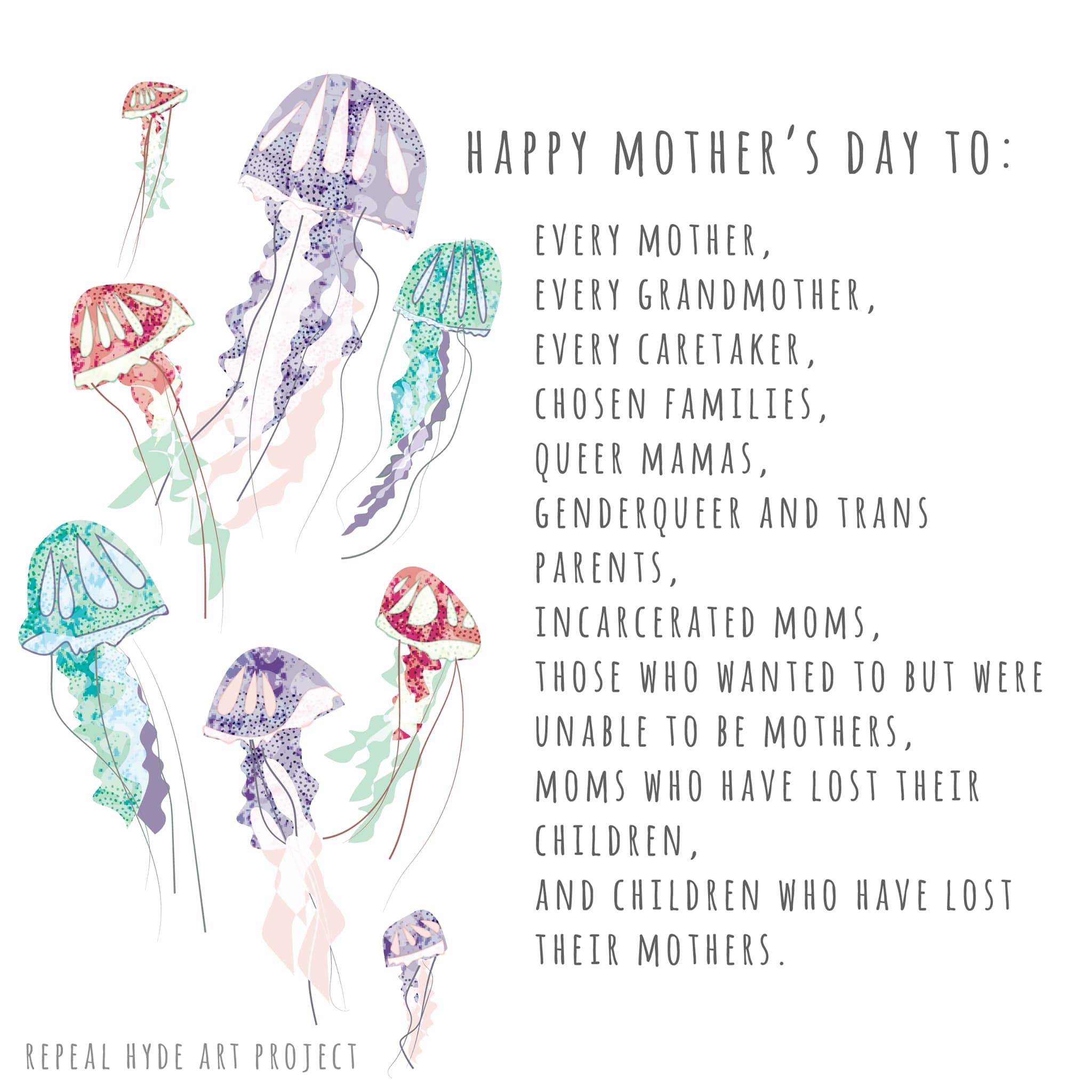 This coming Sunday marks Mother’s Day, a holiday with roots in the post-Civil War burgeoning feminist and pacifist movements in the U.S. In its modern incarnation, Mother’s Day has become a more commercial observance, something more about brunch and flowers and treacly cards. (Though this year, some are choosing to march on the Mall in Washington.) The question I find myself pondering today is this: If, as a country, we claim to honor mothers, why do we treat them so poorly?

If the U.S. loves mothers, why are fully 80% of women in prison mothers? Why is that number growing? Why, when pregnant people give birth while incarcerated, are they frequently, inhumanely forced to do so in shackles?

As a taxpayer, I’m wondering why my money is going to pay private contractors to detain immigrant mothers and their children for profit, spending over $2 billion a year to tear apart hundreds of thousands of families across the country and deport them to the countries they fled because of gang violence? Why is Immigration and Customs Enforcement allowed to conduct warrantless, dragnet raids on immigrant mothers’ homes, and point guns in their children’s faces? How can our nation let states like Texas classify immigrant detention centers as child care facilities?

How well do we really honor motherhood when we don’t allow mothers to even touch their incarcerated children during the limited visitation they’re allotted? When we don’t ensure that they’re able to bathe their children in clean, unpoisoned water, and then threaten them with foreclosure when they fail to pay that toxic water bill? When politicians vilify those mothers who enroll in state or federal assistance, and hypocritically label working mothers as sex offenders and throw them in jail for the crime of earning money to support themselves and their families?

Why, in 2017, are pregnant people forced to choose between their health and their jobs, thanks to the meager patchwork of workplace accommodations that exists from state to state? Why are politicians working overtime to prevent anyone with a uterus from accessing evidence-based, full-spectrum reproductive health care, unfettered by conservative ideologies and bad science? Why is there still a doctrine that requires poor people to scramble to access the care that wealthier people take for granted, thanks to the Hyde Amendment? For those who make an adoption plan, is a choice made in the absence of other options a real, authentic choice?

Why does the likelihood of dying in childbirth or due to pregnancy-related causes continue to climb in the U.S., in this so-called pro-life country that claims to love mothers so much?

How much longer until we can truly celebrate pregnancy without policing the bodies of Black and brown pregnant people? How long until we stop stigmatizing parenting teens? When will we no longer judge someone’s fitness to parent based on their physical abilities?

How about the fact that the very act of having a baby in the U.S is deemed a luxury? (A luxury that will cost 425% more under Trumpcare.)

What can I do to atone for the Puerto Rican mothers whose bodies were used, without their consent, to make birth control more pleasant to use for white women like me? Can I utter “never again” when I read about the so-called “unfit” who were routinely sterilized in this country just 40 years ago? Especially when it did happen again, five years ago, in California’s prisons?

On a day like Mother’s Day, what can I say to the mothers who have lost a child due to police violence? Mothers like Constance Malcolm and Gwen Carr and Hawa Bah? Can I begin to imagine the absence this day marks for them? What about mothers like Marissa Alexander, who defend themselves and their children and are punished for it? Is it possible to know what Mother’s Day is like for Bresha Meadows’ mother, Brandi?

What does this day mean for those who are nontraditional mamas to many? To those genderqueer and femme parents? What day on the calendar is designated to celebrate our chosen families?

And what about the unacknowledged labor (both physical and emotional) that mothers and femmes perform in radical spaces and social justice movements? How can I thank them?

As I ruminate, I realize the answer to these questions all point toward another question: What concrete steps can I take today to make Mother’s Day a better day for those who are suffering under state-sanctioned violence?

Here is what I pledge to do today, and invite you to do as well:

1)    Donate right now to Mama’s Bail Out Day, which aims to get as many mothers out of jail as possible before Mother’s Day this Sunday.

2)    Give generously to the Reunification Ride Buses that take children to visit their incarcerated mothers.

3)    Support organizations like Mothering Justice in Michigan, a statewide project dedicated to returning decision making power to the ones affected by these decisions the most, and SisterSong, whose mission is to strengthen and amplify the collective voices of indigenous women and women of color to achieve reproductive justice by eradicating reproductive oppression and securing human rights.

4)    Send a Mama’s Day card to all my favorite mamas, and honor the love and sacrifice of immigrant and Muslim mamas -- and let them know they’re welcome here.