Thanks to the Families of Those Fallen to Police Violence: A Special Prosecutor for Killings by Police in NYS 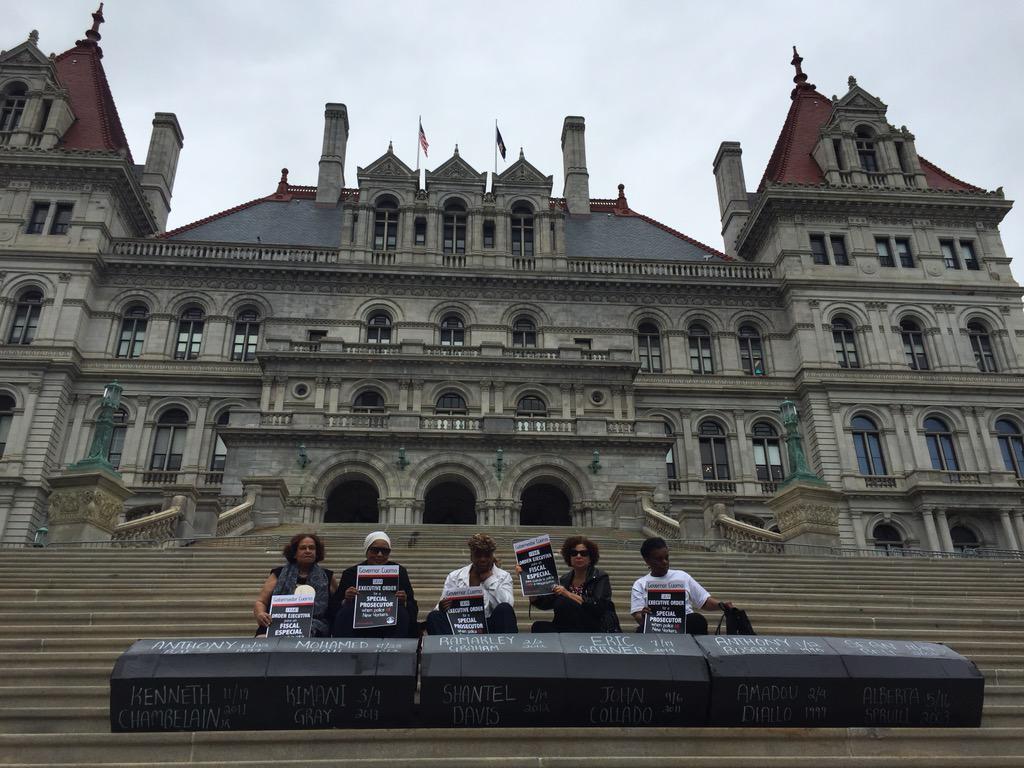 They went to Albany seeking a measure of justice, a guarantee that other families would never have to suffer the ultimate loss and have it compounded by the failure to hold the police officers who had killed their loved ones accountable. This week, they won a significant victory. Thanks to the tireless efforts of the families of those killed by the NYPD, New York Governor Andrew Cuomo signed an executive order creating a special prosecutor’s office to investigate killings by police. As New Yorkers, we owe a huge debt to these families and their extraordinary leadership. With a special prosecutor now in place, we have a key tool in the struggle to dismantle systemic discriminatory policing and curb police violence.

As Constance Malcolm and Gwen Carr – the mothers of Ramarley Graham and Eric Garner – argued in a powerful opinion piece published by The New York Daily News, “[There] is an inherent conflict of interest when district attorneys are called upon to prosecute police officers who kill and brutalize New Yorkers, because DAs are entirely dependent upon police departments for their success on a daily basis.” That is why it is imperative that New Yorkers have access to an independent, well-resourced authority that can carry out thorough investigations of police killings and prosecute when necessary. 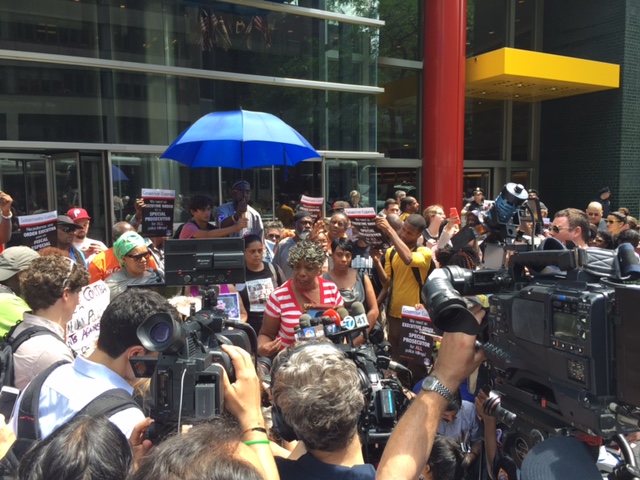 Eric Garner’s mother, Gwen Carr, speaks at a rally outside

For months, the families of Eric Garner, Ramarley Graham, Shantel Davis, Kimani Gray Mohamed Bah, Anthony Baez, Sean Bell, Alberta Spruill, Anthony Rosario, Hilton Vega, Kenny Lazo, Jayson Tirado, Amadou Diallo, and others, travelled to Albany every week to urge Gov. Cuomo to give the New York State Attorney General that authority. At their rallies, they proclaimed that this fight isn’t just about their loved ones; theirs is a struggle for all New Yorkers who could fall victim to police violence and brutality in the months and years ahead. The mothers in attendance were among the most vocal. “Do the right thing!” they yelled in unison, urging Gov. Cuomo not to backtrack on his promises. “¡Hagan lo correcto!” demanded Margarita Rosario, mother of Anthony Rosario and aunt of Hilton Vega. Allies across New York, including the Justice Committee and the Center for Constitutional Rights and other members of Communities United for Police Reform, followed their lead and did our part by amplifying their call for leadership and action on this issue.

On Wednesday, the governor listened. Recognizing the legislature’s failure to swiftly pass a permanent legislative solution, Gov. Cuomo signed an executive order granting the New York State Attorney General the authority to investigate and prosecute cases where unarmed civilians are killed and the discretion to investigate cases where there is a dispute about whether the civilian killed was armed and dangerous. Sitting next to the governor during the signing of the order, Constance Malcolm, Ramarley Graham’s mother, said:  “We lost our sons, daughters, sisters…We chose not to give up, we chose to stand up and fight.” And they won. We all won.

As a national reckoning on police violence is taking place, the appointment of a special prosecutor is an important step in the broader reform effort. It is also confirmation that we must continue demanding the change we want – in the streets, in the courts, in City Hall, and in Albany. The Joint Remedial Process ordered by a federal court in the Center for Constitutional Rights landmark stop-and-frisk case, Floyd v. City of New York, is one avenue for this change. Proposed legislation like the Right to Know Act, which would increase transparency and accountability in police encounters, is another.

The fight to end racially discriminatory policing and create accountability in the NYPD is far from over. The special prosecutor’s office must be adequately resourced to fulfil its extraordinary mandate. And we must join the families and our allies across New York to eventually replace the executive order with a stronger, permanent legislative solution.

Stephanie Llanes and John Cusick are interning with CCR through our Ella Baker legal summer internship program. They are, respectively, a 3L at UC Berkeley School of Law and a 2L at NYU School of Law. Nahal Zamani is a staff member and advocacy program manager at CCR.

Juneteenth — A Commitment To Black Liberation