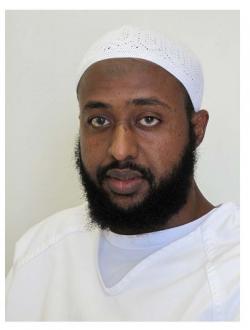 CCR client Guled Hassan Duran is a 43-year-old Somali citizen with a large, close-knit family. His brother and sisters speak fondly of their childhood together and describe Guled as a family man. He is married with four children.

Guled has been held at Guantánamo without charge since 2006, and last week, the Guantánamo Periodic Review Board (PRB) declined to grant Guled a new hearing, despite his previous hearing last October for which he lacked adequate time to prepare, and was forced to appear without counsel.  As we noted at the time, the PRB process is deeply flawed. Boards have in many cases relied on evidence obtained through torture in making their determinations. Remember: Guled has never been charged with a crime, and the government doesn't intend to ever charge him with a crime. Regardless, he remains at Guantánamo.

We are currently waiting to receive the government's twice-delayed response to the lawsuit we filed on Guled's behalf, challenging his detention as a violation of both U.S. and international law. Next week, CCR attorneys will be flying down to Guantánamo to meet with him and other clients.

“Who are we to be sitting at our desks?”

That’s the question executive director Vince Warren asked at last Monday’s May Day rally. Thank you to everyone who came out in support of our May Day rally last Monday. We did some chants, we shared Know Your Rights materials with those who stopped to join us, and we spent the day away from our desks, and in the streets with the communities who need us to speak out now more than ever. Watch a short video of our rally here.

Speaking of Know Your Rights, please be sure to download and share the ICE Raids Toolkit and Know Your Rights flyers (in 15 languages) that we helped to develop with the Immigrant Defense Project.

May Day started off a week whose lowlights included the Department of Justice declining to bring federal charges against the Baton Rouge police officers who killed Alton Sterling, the House repeal of the Affordable Care Act, and Trump’s executive order shredding the Johnson Amendment, allowing churches to make political endorsements while keeping their tax-exempt status. It’s a reminder of what we fight against, and the necessity of resistance.

CCR is proud to support and participant in the #NoMuslimBanEver Week of Resistance, which runs from today, May 8, through next Monday, May 15. During this critical week, we all must continue to raise our voices against discriminatory policies like the Muslim and refugee bans. For more about how you can participate, and for resources on fighting the Muslim ban, visit the website.