Join us in Washington, DC, as we make history

January 2017 in Washington is a month history won’t soon forget—and for us at CCR, it’s especially meaningful. We will be at the Supreme Court, arguing Ziglar v. Abbasi (formerly known as Turkmen v. Ashcroft), a case that will test whether the Court will fulfill its role as an essential check on aggressive, discriminatory and illegal executive actions. CCR will also mark 15 years since the prison at Guantánamo opened alongside artists, allies, and activists from all over the country. We’re thrilled to be hosting a number of noteworthy events in DC in the coming weeks and we hope to see you there.

These events are all free and open to the public, but space is limited. RSVP at the individual event pages listed below. 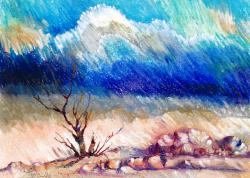 “Painting makes me feel as if I am embracing the universe.” -Ghaleb Al-Bihani, Guantanamo Bay, Cuba

CCR is proud to collaborate with Gallery 102 at the George Washington University, Witness Against Torture, and the National Coalition to Protect Civil Freedoms on this important exhibit.

Tea Project artists Amber Ginsburg and Aaron Hughes work collaboratively to uncover moments of beauty, poetics and shared humanity within little known military histories. Taking as its starting point the curious story of a Guantánamo Bay guard who fell in love with the drawings carved on Styrofoam cups by detainees, the Tea Project is an ongoing series of exhibitions and performances that offers counter-narratives to disrupt the numbing effects of war and detention.

The exhibit will also include works from CCR clients Ghaleb Al-Bihani and Djamel Ameziane, created while both were detained at Guantánamo. Shown for the first time will be a substantial collection of the more than 200 works by Ghaleb, who has been detained without charge in Guantánamo since 2002 and has been cleared for transfer since 2014.

January 10: Words From the Grassroots: Strengthening Our Resistance to State Violence

CCR and partners will gather at Gallery 102 for a night of tea, art, poetry, music, and words by artists, activists, and leaders in the movements to end state violence from indefinite detention at Guantánamo, police murders, and institutionalized Islamophobia. Tea will be served throughout the evening.

January 11: No Guantánamo, No Torture Presidency, No Indefinite Detention

Every year on January 11, CCR, Witness Against Torture, Amnesty International, the National Coalition to Protect Civil Freedoms and many, many others gather together in Washington, DC. This rally marks the 15 years since the prison at Guantánamo opened, and will feature dozens of human rights organizations and supporters. We will gather at the Supreme Court to send the message that torture, discrimination, and indefinite detention are wrong, and any attempt to bring back torture or to send new people to Guantánamo will be strongly opposed in the United States and throughout the world. 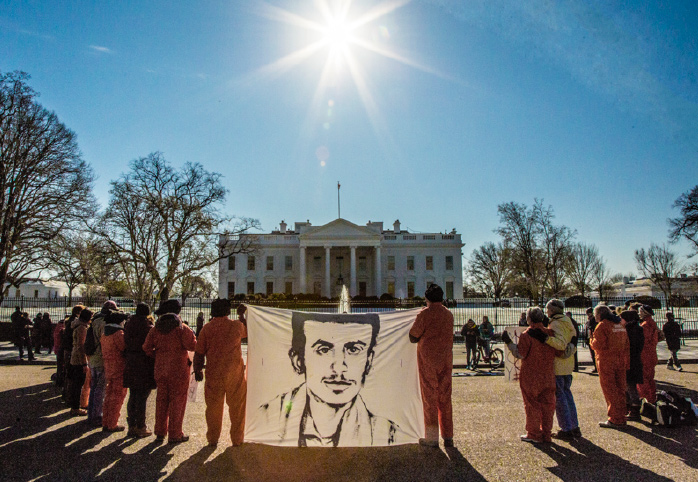 January 17: Path Forward: Challenging Islamophobia in an Age of Trump

President-Elect Donald Trump’s blatantly Islamophobic campaign has stoked fears of an era of a particularly egregious of religious discrimination and abuse of civil and human rights, but the repression of Muslims in the U.S. is not new. How did we get here, and what strategies will we need to employ to challenge institutionalized Islamophobia, in the face of potentially new obstacles? Join CCR, the National Coalition to Protect Civil Freedoms  (NCPCF), and the DC Justice for Muslims Coalition for an important discussion at Busboys & Poets the evening before Supreme Court oral argument in Ziglar v. Abbasi.

Fifteen years after filing the case, CCR Senior Staff Attorney Rachel Meeropol will urge the Supreme Court to affirm that government officials, including those at the highest levels, can be held accountable for violating the Constitution. Join CCR and supporters at the Supreme Court for the last oral argument before the Supreme Court under the Obama Administration. The argument is open to the public, but seating is extremely limited and on a first-come, first-seated basis.

We hope to see you. Join us as we make history!