Uighur Men Looking to Their Future

On October 31, 2009, after nearly eight years of unlawful imprisonment at Guantánamo Bay, Cuba, Ahmad Abdulahad, Abdulghappar Abdulrahman and Zafar Arslan, ethnic Uighurs from far western China, were temporarily resettled in the Republic of Palau, a tiny island nation 500 miles east of the Philippines.

Like tens of thousands of Uighurs before them, Messrs. Abdulahad, Abdulrahman and Arslan fled their native China years ago to escape the systematic persecution they suffered at the hands of the Chinese government. They crossed through central Asia and settled temporarily in Afghanistan, a country where Uighur refugees could reside safely without risk of deportation. In October 2001, after U.S. forces invaded Afghanistan, the men fled the hostilities along with thousands of other refugees hoping to find safety from the conflict. Instead, they were captured by local tribesmen and warlords who sold them to the United States military for approximately $5,000 each. Soon thereafter, they were flown thousands of miles away to Guantánamo Bay where they remained for nearly eight years. For much of that time, they were denied the opportunity to know the basis for, let alone challenge, their indefinite detention and were held virtually incommunicado, without access to anyone in the outside world.

The United States quickly discovered that Messrs. Abdulahad, Abdulrahman and Arslan, along with 19 other Uighurs detained in Guantánamo, were not enemy belligerents and had no intelligence value. The U.S. Department of Defense, under both the Bush and Obama administrations, approved their release after multiple levels of review. Yet these men languished at Guantánamo simply because they had nowhere to go. The United States acknowledged that it could not return the Uighurs to China, where they would be imprisoned and likely tortured or even executed as political dissidents. But any nation that considered granting them humanitarian protection swiftly closed its doors in the face of Chinese threats that such action would be met with severe economic and political retribution from a significant trade partner. Years went by while the United States engaged in a fruitless effort to resettle the Uighurs in a third country. Meanwhile, the men grew despondent, yearning to reunite with their wives, parents and children.

In September 2008, after habeas corpus rights were restored in the U.S. courts and the men in Guantánamo won the right to challenge the validity of their detention, the Bush administration publicly conceded that none of the Uighurs were enemy combatants. In October 2008, a U.S. federal judge ordered the government to release the Uighurs, a ruling which the government immediately appealed. It was not until thirteen months later that Messrs. Abdulahad, Abdulrahman and Arslan were finally released to Palau, which had agreed to give them temporary sanctuary while they continue to search for a country to provide them permanent refuge.

Since arriving in Palau with three of their Uighur compatriots, the men have been pursuing an intensive English language curriculum at a local Palau college, communicating freely with their families and friends, and resuming life as free men. Soon, they will pursue a program of vocational training which will enable them to seek gainful employment. Like their Uighur brothers who are residing peacefully in Albania, Sweden and Bermuda, these men are rebuilding their lives in an unfamiliar land thousands of miles from their families and friends.

In this website you will find further information about Ahmad Abdulahad, Abdulghappar Abdulrahman and Zafar Arslan. The men are hopeful that by sharing their stories with the world, engaging in patient but persistent advocacy, and enlisting the support of human rights advocates, refugee experts, and others campaigning to provide international protection to Guantánamo’s refugees, they will soon find a peaceful, democratic nation willing to provide them with a permanent home. 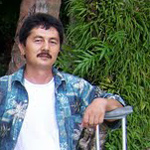 Ahmad Abdulahad is a thirty-eight year old ethnic Uighur who, until his release to Palau in October 2009, was unlawfully imprisoned at Guantanamo Bay since 2002. The United States government cleared him for release in December 2005. In October 2008, the Bush administration acknowledged that he is not an enemy combatant.

Mr. Abdulahad was born in the Xinjiang Autonomous Region, a western province of the People’s Republic of China known to its native Uighur population as “Turkistan” or “East Turkistan.” In Xinjiang, Mr. Abdulahad studied for three years at a vocational college and received a diploma. Mr. Abdulahad is a husband and father of three young children. 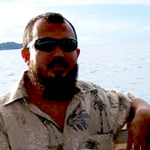 It was against this backdrop that Mr. Arslan made the difficult decision to leave his homeland to escape the severe religious and political persecution he had endured. In 1994, he fled China and traveled to neighboring Kyrgyzstan. Mr. Arslan hoped that Kyrgyzstan would serve as a bridge to obtaining political asylum in a Western country, but his hopes were soon disappointed. In the Kyrgyz capital Bishkek, Mr. Arslan applied to several Western embassies for political asylum but he never received a response to any of his applications.

Mr. Arslan also sought refugee protection from the United Nations High Commissioner for Refugees (“UNHCR”). In 1995, he received an identity card from the UNHCR office in Bishkek recognizing him as a person in need of refugee protection. However, Mr. Arslan found no protection in Kyrgyzstan where he lived in daily fear of deportation to China. 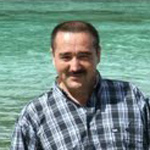 Abdul Ghappar Abdul Rahman is a thirty-six year old ethnic Uighur who, until his release to Palau in October 2009, was wrongfully incarcerated in the Guantánamo Bay since 2002. The United States government cleared him for release in August 2003. In October 2008, the Bush administration acknowledged that he is not an enemy combatant. 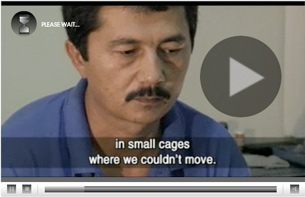 Dateline Australia Special: After eight years locked up in the US military prison in Guantanamo Bay, six Uighur men have arrived in the remote Pacific nation of Palau. David O'Shea finds the Uighurs are very relieved to be in Palau, but after years of incarceration are struggling to come to terms with their new found freedom.