Roles are new positions for the social justice organization

Dec. 13, 2018, New York –The Center for Constitutional Rights will welcome Donita Judge as its associate executive director and Nadia Ben-Youssef as its advocacy director Jan. 14, 2019.

The Center for Constitutional Rights created the associate executive director position to be a change leader to enable the organization to increase its impact through greater internal alignment, program integration, innovation, and learning.

“I’m thrilled to be working with Donita as part of the Center for Constitutional Rights’ leadership team as we build our capacity to be more strategic and aligned organizationally, and scale up our advocacy and movement partnerships,” said Center for Constitutional Rights’ Executive Director Vince Warren. “In addition to being a nationally renowned voting rights expert, Donita’s strategic skills are greatly respected by her colleagues in advocacy, communications, and legal and people on the ground across the country with who she’s worked.”

Judge will be responsible for enhancing transparency, accountability, and shared leadership throughout the organization. She will also engage with key organizational stakeholders, including board members, strategic partners, prospective allies, and donors

The advocacy director role was created to lead the organization’s advocacy and develop its campaign initiatives. Ben-Youssef will be responsible for bringing high-level strategic thinking to the organization’s campaign models, objectives, targets, messaging, methodology, goals, and plans with the aim of advancing and strengthening the Center for Constitutional Rights’ advocacy work.

“Nadia has a big vision for advocacy at the Center for Constitutional Rights and lots of grit, which combined with her excellent strategic skills and entrepreneurial style, will be transformative as we reach the next stage in building our advocacy function,” Warren said. “I am excited about the direction Nadia plans to take the organization, which includes more campaign-style advocacy work.”

Ben-Youssef will be charged with being an ambassador, internally and externally, for the power and possibility of bold, creative advocacy, and will lead the integration of the Center for Constitutional Rights’ advocacy strategy and vision into the organization’s overall strategy.

"The Center for Constitutional Rights has always been a visionary leader in our movement for justice and social change. It is an honor to build on this legacy with such an extraordinary team, especially now, in this season of growth and transformation,” Ben-Youssef said. “The Center for Constitutional Rights has been relentless in resisting the world we have. What is most exciting about this moment is that I believe we have everything we need to not only fight for justice, but to harness our freedom dreams and advance a collective vision of the world we want." 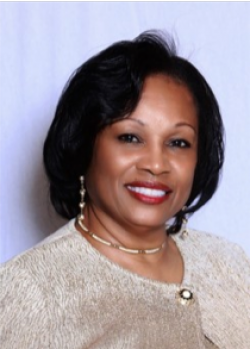 Judge is co-program director and senior attorney of Advancement Project National’s Power & Democracy Program based in Washington, DC. Judge served as co-counsel representing the NC NAACP in the landmark North Carolina “monster” voter suppression case, NCNAACP v. McCrory. The United States Court of Appeals for the Fourth Circuit found on July 29, 2016 that the voter suppression law was enacted with racially discriminatory intent and permanently barred the law from being in effect.  On appeal, the Supreme Court of the United States refused to reinstate the law for the November 2016 election.

Judge served as co-counsel in Vote v. Louisiana, a case to restore voting rights to ex-offenders in Louisiana on probation or parole. Recently, the Louisiana Supreme Court refused to hear argument challenging state constitutional interpretation of the meaning of “under an order of imprisonment for conviction of a felony” that could have restored voting rights to these individuals.

Judge has provided extensive testimony to state and federal legislators on voter suppression tactics used throughout the country and challenged barriers to voting in every federal election in Ohio between 2004 and 2012. She was co-counsel in the successful 2012 Ohio provisional ballot lawsuit, SEIU v. Husted, which mandated Ohio count provisional ballots cast in the wrong precinct due to poll worker error. She successfully challenged the lack of due process for 600,000 Ohio voters in advance of the 2008 general election and prevented their removal from the voter rolls. Judge is a frequent guest on national television discussing and barriers to voting and has participated on numerous panels discussing the right to vote.

She is the recipient of numerous awards, including being named a 2016 Rutgers University Fellow and receiving the Rutgers Medal—the university’s highest award—given to commemorate the university’s 250th anniversary and a recipient of the Arthur Kinoy Award presented on behalf of the Rutgers Newark National Lawyers’ Guild.      Judge earned her Bachelor degree from Rutgers University, with highest honors, and was elected Phi Beta Kappa. While earning her law degree from Rutgers School of Law-Newark, she was selected a Kinoy-Stavis Fellow and NAACP LDF, Inc. (LDF) Earl Warren Legal Scholar. She served as law clerk to the Honorable Michelle Hollar-Gregory in the Superior Court of New Jersey. Currently, Judge is the Vice Chairperson of the New Jersey Advisory Committee to the U.S. Commission on Civil Rights and a National Board Member of the American Civil Liberties Union. 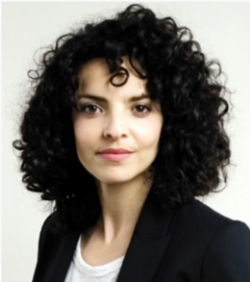 Nadia Ben-Youssefis the co-founder and director of Adalah Justice Project (AJP), and works at the intersection of law, advocacy, and art to advance human rights. Prior to leading AJP, she worked with Adalah - The Legal Center for Arab Minority Rights in Israel (Adalah) both in Palestine/Israel and in the U.S. She coordinated Adalah's international advocacy on behalf of the indigenous Palestinian Bedouin community in the Naqab, and most recently served as the organization's first USA Representative. As an outgrowth of her work in the U.S., AJP was launched in February 2017 to influence American policy and practice in Palestine/Israel. Nadia is a member of the New York State Bar, and holds a BA in Sociology from Princeton University, and a J.D. from Boston College Law School.