American Son: A New Broadway Play and A Community Discussion 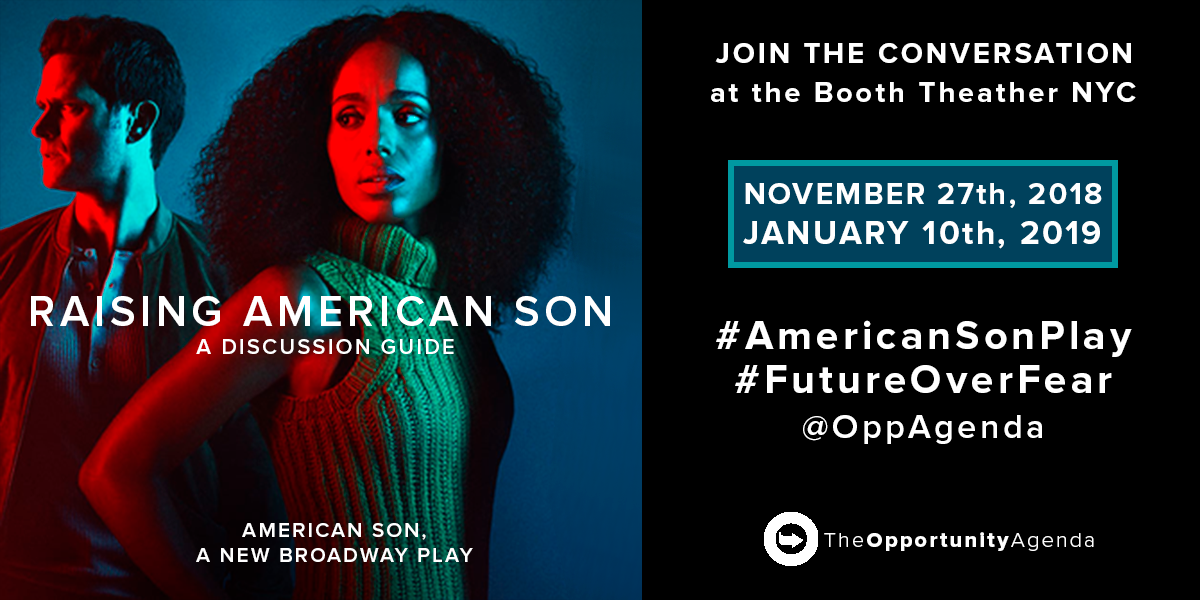 On November 27th, join the Center for Constitutional Rights for a viewing of American Son, a new Broadway play starring Kerry Washington and Steven Pasquale. Following the performance, a community discussion will be held featuring  Vincent Warren, Executive Director of the Center for Constitutional Rights and Alicia Garza, co-founder of Black Lives Matter. This community discussion event will be an open forum between audience and artist, facilitated by Dramaturg Jocelyn Prince.

Written by Christopher Demos-Brown and directed by Tony Award winner Kenny Leon (A Raisin in the Sun, Fences), AMERICAN SON will open on Broadway on Sunday, November 4, 2018. American Son is playing a limited engagement at the Booth Theatre on Broadway (222 West 45th Street) through January 27, 2019.

A Florida police station in the middle of the night. Two parents searching for answers. AMERICAN SON is a gripping tale about who we are as a nation, and how we deal with family relationships, love, loss, and identity.