Envision the World You Want to See: Center for Constitutional Rights Celebrates 55 Years 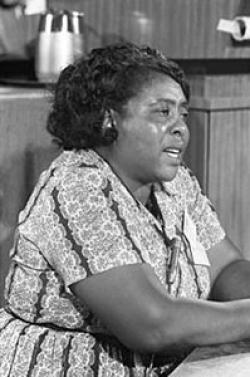 This year, we are celebrating the 55th anniversary of the Center for Constitutional Rights.  We selected March 11 to launch this celebration of our legal and advocacy social justice work because it's the anniversary of the Fannie Lou Hamer filing, one of our first cases. Two of our founders, Morton Stavis and Arthur Kinoy, were among the lawyers who represented her in Hamer v. Campbell, a successful civil rights case Hamer brought against Cecil Campbell, then circuit clerk of Mississippi, for denying her and other Black people the right to register and vote.

The Fifth Circuit Court of Appeals ruled that Hamer and others were discriminated against by being denied the right to register to vote, and primary election results were overturned based on discriminatory election practices. 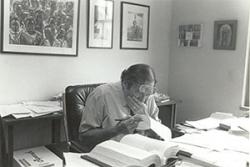 Soon after, Stavis and Kinoy, joined by William Kunstler and Ben Smith, founded the Center for Constitutional Rights in the Mississippi Delta in 1966, recognizing that the role of lawyers was to stand with marginalized communities and speak out against oppression.

Fifty-five years later, our mission remains unchanged. Whether we are fighting racial and environmental injustice, gender oppression or corporate and government abuse, we are still standing with social justice movements and communities under threat — fusing litigation, advocacy, and narrative shifting to dismantle systems of oppression regardless of the risk. 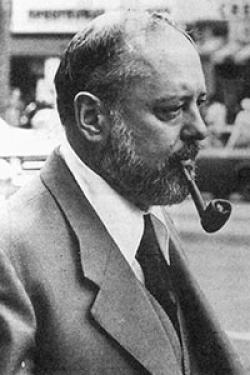 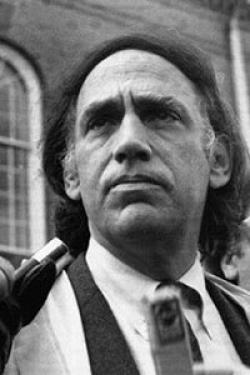 We live in a world that legitimizes the systemic oppression of poor people, LGBTQIA+ people, Indigenous people, women, people of color, and other vulnerable communities through the law. But through movement lawyering, building partnerships on the ground, centering the people who are deeply impacted by harmful policies, and working toward social change, we can transform societies.

As we think about what the next 55 years will bring, we are imagining a world where no one is marginalized, where Black and Brown people are liberated, and the power of their visions, dreams, and movements are protected.

As we move through this celebratory year, join us as we dream of a radical future while honoring the wisdom of our past through our series of 55th anniversary blogs, op-eds, podcasts, and other events. We invite you to build the world you want to see. Justice takes a fight.

The Center for Constitutional Rights @ 55: Reflections on the Roots

As we commemorate the 55th anniversary of the founding of the Center of Constitutional Rights, it is important to reflect on the origins—the roots of this remarkable institution. I swell with emotion when I think about the Mississippi Freedom Summer Project conceived by the legendary Bob Moses. When the Council of Federated Organizations (COFO)—which included the Student Nonviolent Coordinating Committee , Congress of Racial Equality, Southern Christian Leadership Council, and the National Association for the Advancement of Colored People—issued a call for white students from colleges and universities in the North to come to Mississippi, hundreds responded. Athur Kinoy, the indomitable, energetic, consummate constitutional scholar and incurable storyteller; William “Bill” Kunstler, the brilliant, flamboyant, controversial, and fierce defender of civil liberties; and Morton Stavis, the calm, steady, dedicated, and effective litigator, were among those who heeded the call. Ben Smith, the other founder of the Center for Constitutional Rights, was already a resident of the neighboring state of Louisiana.

What is noteworthy about these remarkable founders of the Center for Constititional Rights was their eagerness to sit at the feet of the African-American women and men who were most affected by the unrelenting intimidation, brutality, and terrorism of Southern apartheid, to listen and learn how to be good allies. In my mind’s eye, I can still see Arthur Kinoy standing at a podium sharing with an audience what it was like to have a sip of Bourbon with Fannie Lou Hamer and her lesser-known sidekicks, Annie Divine and Victoria Gray, after a long day in the field registering voters. These aspiring lawyers were willing to learn and take their lead on what role they should play in the Black freedom struggle from women like Hamer, Divine, and  Gray. This was a lesson learned that would be vital to the mission of an institution conceived in the crucible of the battles of the Mississippi Freedom Summer and beyond.

The Mississippi Freedom Democratic Party (MFDP) was founded in 1964 with Hamer as one of its co-founders. With the support of  Dr. Martin Luther King, Jr., MFDP challenged the legitimacy of the lily-white Democratic Party at the National Democratic Convention in Atlantic City. Divine, Gray, and Hamer were selected as delegates to the convention by MFDP.  Hamer’s heartfelt, moving, and riveting testimony before the convention captured the attention of the nation and world. It has been called one of the most impactful speeches of the era, one which contributed to the eventual conception and passage of the historic Voting Rights Act of 1965.

Stavis, Kinoy, Kunsler, and Smith were standing by the side of Hamer and the MFDP stalwarts throughout this courageous endeavor. The experiences of the Mississippi Freedom Summer and with the MFDP convinced them that there was an urgent need for a legal organization that would be at the service of and take its lead from people’s movements like the Black Freedom Struggle in the South. The rest is history!

Given this background, it was only fitting that the Center for Constitutional Rights’ board established an office in the South as a  response to requests from African Americans seeking to achieve political power in the Mississippi Delta and Black Belt. Thus, was born CCR South in Greenville, Mississippi. It was an investment which yielded incredible fruit. Under the leadership of Margaret Carey, the executive director, the legal and education work led to the election of scores of sheriffs, city council members, county commissioners, board of education members, and state legislators!

Equally important, in the spirit of the Mississippi Freedom Summer, for several years, law students from CUNY Law School in New York would have the amazing experience of serving as interns at CCR South. Following in the footsteps of the founders, they enjoyed the privilege of listening and learning from women and men at the center of the Black Freedom Struggle! Fifty-five years later, the Center for Constitutional Rights’ mission is still grounded in the lessons learned by the founders sitting at the feet of Fannie Lou Hamer, Annie Divine, and Victoria Gray! They learned that “Justice Takes a Fight!”

The Center for Constitutional Rights @ 55: Monell

The Center for Constitutional Rights’ continuing litigation in support of social movements after more than half a century since our founding is what inspires me most in our work. We recognize now what we recognized at our beginning: that the law can be used as both a tool for repression and a tool for liberation. There are almost too many examples of the Center for Constitutional Rights’ bold approach to cases and campaigns in which our clear political determination and skill counterbalanced the long odds, and we blazed new paths in legal conscience and consciousness. But I’m most proud of the stories that change the game for our clients, our movements, and the legal field, often without the celebrity that frequently accompanies such victories. Our work with Nancy Stearns in the Monell vs. Department of Social Services case is one of those stories.

Every court case begins with a story, even if that story is not what judges or the legal field choose to focus on in the end. New York City agencies used to have a policy of forcing employees who became pregnant into unpaid leave. In the fall of 1970, Jane Monell worked in Brooklyn as a social worker for the Bureau of Child Welfare of the NYC Department of Social Services. She directed a shelter for neglected and abused adolescent girls. Monell became pregnant and, when her pregnancy began to show, her director told her that she would have to go on unpaid leave at the end of that very week. Jane was furious that the City could force her out of work and income simply because she was pregnant. She decided to sue.

Patriarchy is a system, and just as Jane was determined to fight it, so was Nancy Stearns, who had to convince Center for Constitutional Rights leadership that reproductive rights were a central tenet of gender justice. She succeeded. Nancy was one of the lawyers on the case when it was filed in July 1971. Despite an early win in 1972 when Judge Constance Baker Motley (the nation’s first African American woman to serve as federal judge) granted the case class action status, the case was dismissed multiple times by lower and appellate courts. Monell appealed the case to the U.S. Supreme Court.

Supreme Court cases are not always about how the challenged policies promote, reinforce, or protect white supremacist or patriacrchal paradigms. They are sometimes about whether the court’s interpretation of the law even allows a plaintiff to have her day in court in the first place. In Monell, the Court supplanted the harms of patriarchy with a revolution in legal interpretation. In other words, it wasn’t about how pregnant employees were treated, it was about whether pregnant employees could even do something about that treatment.

The Court’s answer was yes.

In 1978, the Supreme Court held that cities like New York were liable for damages under the Civil Rights Act. Civil rights litigators across the country rejoiced. Roger Wilkins, writing for the “Urban Affairs” column in the New York Times a week later, exalted the decision as having an “enormous” impact on civil rights. Wilkins was right. The decision was a game changer and has become known as the “Monell claim” for civil rights litigators. Wilkins’s op-ed spoke glowingly about revolutionary innovation in civil rights law, but barely mentioned that the legal facade of patriarchy had just been pierced.

The story began with a fight by a group of women for bodily integrity. It ends as a win for those women and that movement. Although some lawyers have called Monell an “accidental landmark” because it started with gender rights and subsequently revolutionized all civil rights litigation, we know at the Center for Constitutional Rghts that there was nothing accidental about this work: Monell is revolutionary because it took on patriarchy unapologetically.

At the Center for Constitutional Rights, we know that litigation doesn’t create social change—but we tend to think that the path to social change is paved with some very good, creative lawyering.