Supreme Court must consider corporate liability under the Alien Tort Statue through the lens of universal human rights, not terrorism

The Supreme Court will hear arguments tomorrow in Jesner v. Arab Bank ostensibly on the question of whether the Alien Tort Statute (ATS) applies to corporations. There is a risk, however, that the Supreme Court could shift its focus from this straightforward question to another, as it did five years ago when it heard arguments in Kiobel v. Royal Dutch Petroleum on the question of corporate liability, and subsequently ordered briefing – and ruled instead – on the extraterritorial application of the ATS.

The framing of the case presented to the Court – which involves family members of those killed or injured in bombings in Israel, the West Bank, and Gaza suing a bank in Jordan they accuse of aiding and abetting the attacks – limits the ATS to a narrow focus on “terrorism.” In so doing, it threatens to undermine the unique avenue the ATS provides for accessing accountability and justice for survivors of a range of grave human rights abuses. 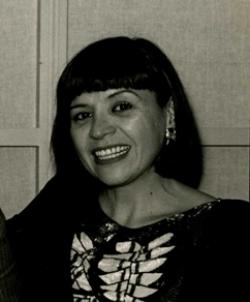 In 1979, the Center for Constitutional Rights (CCR) revived the ATS, then a little-known law from 1789 in the landmark case, Filártiga v. Peña-Irala. Since then the ATS has had a storied legacy of advancing human rights, domestically and globally. Even with a win on the question of corporate liability, Jesner could, paradoxically, undercut that legacy.

CCR began Filártiga v. Peña-Irala when the father and sister of a Paraguayan teenager who had been tortured to death sought help in seeking justice for the torture and killing of their 17-year-old son and brother, Joelito Filártiga. The man they knew to be responsible, former Paraguayan official Americo Peña-Irala, was living in Brooklyn, New York. Dr. Joel Filártiga and his daughter Dolly worked with CCR attorneys Peter Weiss and Rhonda Copelon to bring a case under the ATS, which allows non-U.S. citizens to assert a violation of the “law of nations” in a U.S. federal court, and ultimately won a $10.3 million judgment against Peña-Irala.

After that, it was a matter of determining how and where else the statute could be put to use in the service of justice for “alien”, i.e., non-U.S. citizen, victims of human rights abuses. Key cases include the 1995 case against the self-proclaimed president of Republika Srpska Radovan Karadžić for genocide, war crimes, and crimes against humanity – including the campaign of rape and other sexual violence as a form of torture and genocide used against Bosnian women and men. Human rights attorneys used this precedent against a non-state actor to bring claims against multinational corporations for human rights violations, as in the cases against Unocal, Royal Dutch Shell PLC, Caterpillar, Inc., and Blackwater. 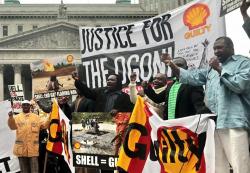 In an ATS lawsuit against Shell for the company’s complicity in human rights abuses against Nigeria’s Ogoni people, including murder, CCR garnered an historic $15.5 million settlement for the victim's families.

When corporations began to be held to account for their serious abuses around the world, a legal backlash sought to narrow the ATS. In 2013, the Supreme Court ruled in Kiobel v. Royal Dutch Petroleum (Shell) that claims brought under the ATS must “touch and concern” the United States. Some cases working their way through the courts were dismissed on the grounds that they did not have a sufficient connection to the United States; others, like our case against a U.S. private military contractor for its role in the torture of Iraqi civilians at the U.S.-controlled Abu Ghraib prison, Al Shimari v. CACI Premier Technology, continue. Notably, in Kiobel, the Court appeared to answer the question now before it, when it cautioned that there needs to be more than “mere corporate presence” to established jurisdiction, while assuming jurisdiction over Shell to reach the question of whether its connection to the U.S. was sufficient to trigger ATS jurisdiction. 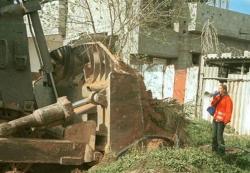 Caterpillar bulldozers have demolished homes on top of Palestinians, killing and injuring them, and ran over and killed 23-year-old peace activist Rachel Corrie (pictured above). Using the ATS, CCR sued Caterpillar, Inc. on behalf of Rachel's parents. CREDIT: Richard Purssell

Yet that is the question now before the Court in Jesner. The argument that corporations, which the Court has famously (or infamously) found to have the rights of a person in Citizens United, somehow don’t have the responsibilities of personhood, is specious. There is near unanimity in the courts that the ATS should be applied for corporate liability, with only the Second Circuit refusing to recognize it. The Supreme Court should reverse the Second Circuit’s error and make clear that corporations can be held liable for egregious human rights violations under the ATS.

In making its ruling, however, the Supreme Court must recognize that the ATS is a human rights tool, not an anti-terror tool, as Jesner could narrowly redefine it. As we argue in our amicus brief, the Court must make clear that the ATS is to be applied in a non-discriminatory manner, in line with fundamental human rights principles: it applies to all and for all. Any limitations on the scope of the ATS, or promotion of the ATS as a tool to implement a selective political agenda, such as an anti-Palestinian rights agenda, would betray the ATS promise of providing universal justice.

The #NoDAPL movement was powerful, factual, and Indigenous-led. Lawsuit lies can’t change that.