#foreverhumanbeings: A Campaign to Close Guantánamo 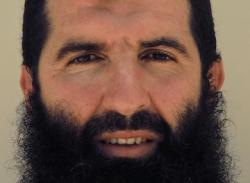 On Friday, the first day of Ramadan, our friends at Witness Against Torture (WAT) launched a new campaign to uplift the stories of the 41 men who remain imprisoned at Guantánamo, including a number of CCR clients. Over the course of 41 days, WAT members and activists in the U.S. and abroad will participate in an international and interfaith “rolling fast” and other solidarity actions aimed at closing Guantánamo, and draw important connections between Guantánamo, institutionalized Islamophobia, and abuses in the US criminal justice and prison systems.

The campaign kicked off with CCR client Sufyian Barhoumi, a 43-year-old Algerian who has been held at Guantánamo since June 2002, and enters his 16th year of detention despite being cleared for release by the U.S. government. We visited Sufyian is earlier this month, and CCR senior managing attorney Shayana Kadidal shared Sufyian’s story in this video blog.

We’re grateful to WAT and everyone who continues to keep the spotlight on Guantánamo. You can find out more information about the campaign and how to take action, by visiting their website.

Also on Friday, CCR filed an amicus brief with the Ninth Circuit Court of Appeals in a case brought by the parents of Furkan Doğan, the American teenager killed by Israeli commandos in 2010. Furkan, 18, was shot five times, including in the face at point-blank range, when Israeli soldiers raided a six-boat flotilla attempting to break the blockade and deliver humanitarian aid to Palestinians suffering under Israel’s closure of the Gaza strip. In the lawsuit, Doğan’s parents are seeking accountability for the torture and extrajudicial killing of their son.

“This case is yet another example of the U.S. government’s readiness to disregard its human rights obligations in order to protect Israel instead of vindicating the rights of victims of Israel’s unlawful actions and protecting even its own citizens,” said CCR senior staff attorney Katherine Gallagher.

Through Freedom of Information Act (FOIA) litigation, CCR obtained more than 15,000 pages of documents demonstrating that the U.S. declined to conduct an independent investigation into Furkan Doğan’s death and undercut efforts at the international level for Israel to be held accountable.

The War on Terror’s domestic casualties 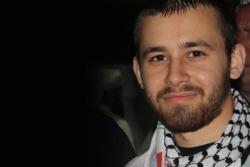 When we think of unjust detention or torture in the so-called “War on Terror,” we often think of the horrors of Guantanamo or “black sites” abroad. But one form of domestic abuse, which has increased since 9/11 and is used routinely against defendants charged with terrorism, is a form of detention known as Special Administrative Measures (SAMs), communication restrictions imposed on top of prisoners already held under the torture of solitary confinement, which produce even greater isolation. The decision to impose SAMs is made by the Attorney General alone — today, Jeff Sessions — and the measures can be renewed annually, perpetually, for as long as a prisoner's sentence. SAMs also impose a gag order on a prisoner's family members and defense lawyers, and expressly ban the media from communicating with affected prisoners, thus preventing public scrutiny of the effects of near-total isolation on human beings.

Ahmed Abu Ali is a 36-year-old U.S. citizen of Jordanian origin who has been imprisoned under SAMs for over 11 years. He is currently serving a life sentence at the federal supermax prison in Florence, Colorado. The government secured his conviction in 2005 by relying on a confession gleaned from torture while Ahmed was detained without charge in Saudi Arabia during his time as a university student. Even though experts testified to the evidence of torture, the court allowed the confession to be introduced and Ahmed was convicted and sentenced to 30 years in jail. The case was among the first terrorism trials under the Bush administration; in an effort to demonstrate that it was “tough on terrorism,” the government appealed the sentence as being too lenient and Ahmed was re-sentenced to life without parole. He has been held under SAMs, the harshest conditions generally available in the federal system, since his pretrial proceedings, for over 4,000 days.

CCR is pleased to cosponsor a No Separate Justice vigil for Ahmed and other prisoners subjected to SAMs and other abuses next Monday night in NYC outside the Metropolitan Correctional Center. Visit the Facebook event page for more detailed information.

Guantánamo turns 16: “Those people who speak on behalf of us are the only hope we have.”