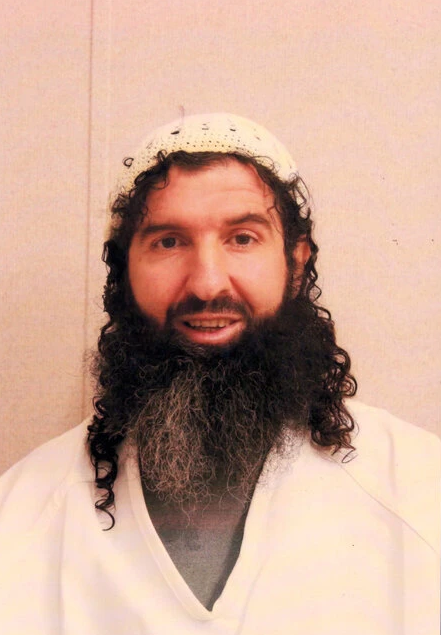 Sufyian Barhoumi is an Algerian citizen in his late 40s who was born and raised in Algiers, where his mother still lives and his late father practiced law. As a young man, Sufyian lived in various countries in Europe – Spain, France, and England – as a farm worker and then a street merchant for about four years. He was held at Guantánamo for nearly twenty years before his release in April 2022 – despite being fully cleared for release since mid-2016.

Sufyian was charged in the military commissions system, but all charges against him were dropped by 2008 – almost 14 years before his release. He believes his chance connection to a man named Abu Zubaydah was the reason he has been the subject of so much interest from the military. Sufyian was arrested on March 28, 2002, in a raid on a large house in Faisalabad, Pakistan. That raid led to the capture of Zubaydah who was mistakenly regarded by the Bush administration as a senior figure in al-Qaeda and was the first victim of the torture program for so-called "high-value detainees," even though, as a former Justice Department official told The Washington Post, he "was not ... an official member of al-Qaeda," and was, instead, "a kind of travel agent" for would-be jihadists. During Zubaydah's time in CIA detention he was water-boarded 83 times and subjected to numerous other torture techniques, including forced nudity, sleep deprivation, and being sealed into small boxes. Under torture Zubaydah falsely stated that dozens of other men held by the United States were involved in terrorism.

Sufyian was detained by the U.S. for over twenty years. On August 9, 2016, the Period Review Board (PRB) approved him for transfer. In the final days of Obama's presidency, Sufyian filed and was denied an emergency motion for an court order that would permit his transfer before President Obama's term expired.

"For all these years, this has been my life. Forget the past, it's behind me. I am looking forward to my family and future. I want to get married. Everybody has a dream." – Sufyian Barhoumi, December 2020

Sufyian was one of the best-liked prisoners among both his fellow detainees and the guards, always meeting visitors with a smile, and now speaks fluent English. He is a soccer enthusiast, and regarded himself as the best striker at Guantánamo. He was described as "highly compliant" by the prison authorities and told The Wall Street Journal, "I don't have a black heart against America." Sufyian expects to be reunited with his family in Algeria, a country that has successfully received more than a dozen of its citizens from Guantanamo. He dreams of going into business with his brothers and getting married.