Today marks the 15th anniversary of the arrival of prisoners at Guantánamo Bay. This morning, CCR’s Aliya Hussain delivered the below remarks at a rally in Washington, D.C. 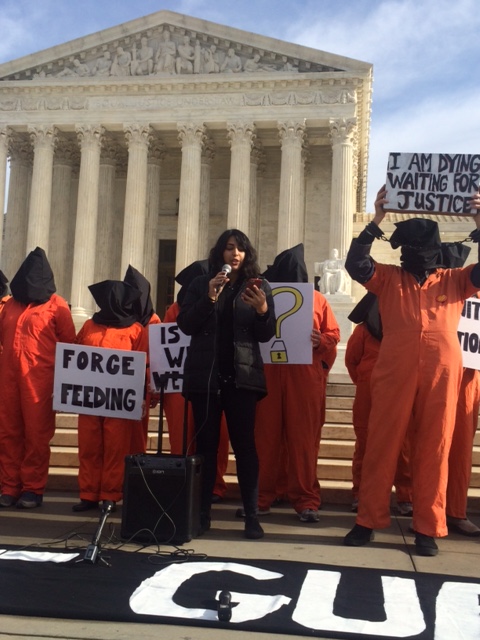 On behalf of CCR’s clients who remain unjustly detained at Guantánamo Bay, I want to thank you for standing in solidarity with them today.

The prison was created 15 years ago to isolate, dehumanize, and indefinitely detain Muslim men.

To this day, the Obama administration has maintained policies that normalize the regime of indefinite detention, preserve the flawed military commissions system, and fail to hold accountable those responsible for the U.S. torture program. According to public reporting, it is likely that dozens of prisoners will be left in Guantánamo after January 20.

Now, Guantánamo will be inherited by someone who has said that he wants to expand it—whose blatantly Islamophobic campaign gives cause to fear that there will be worse human rights violations to come.

These are the names of some of the men that CCR represents. Over the last few years, my colleagues and I have travelled to the base regularly. We’ve seen the inside of the prison, and have come to know who our clients are as people. 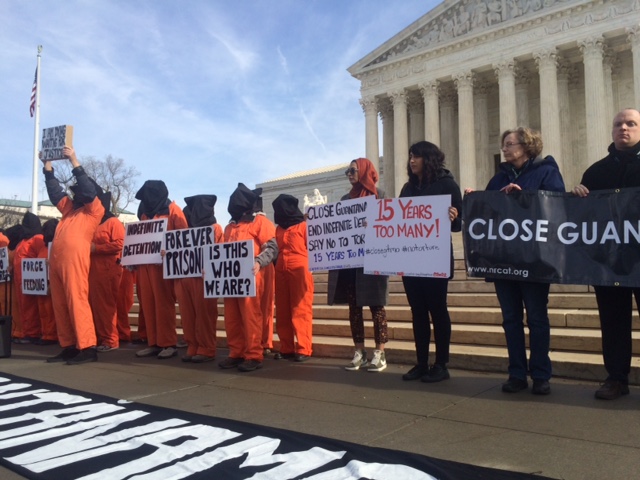 To refer to this remaining group as the “worst of the worst”—as proponents of Guantánamo do—obscures the reality of the prison and who is there:

After fifteen years in U.S. custody few of them have ever been charged with a crime, or ever will be.

They have aged over the years in the prison, and bear the physical and psychological scars of torture, abuse, and prolonged solitary confinement.

They are brothers, sons, husbands, and fathers, who dream of being reunited with their families, and rebuilding their lives as a free men. They are eager to put Guantánamo behind them.

It is the politics of fear that justifies their continued detention—the same rhetoric we see within the United States and throughout the world that criminalizes and demonizes Muslims communities in the name of national security.  We must reject that narrative.

It is for those men, that we gather here today and call for an end to indefinite detention, the absolute rejection of torture, and a continued push to close the prison.

If we are to take President-elect Trump and his potential cabinet members at their word, then we must prepare for dark days ahead. The future remains uncertain, but one thing is clear: together we will persevere. It is the only choice we have.