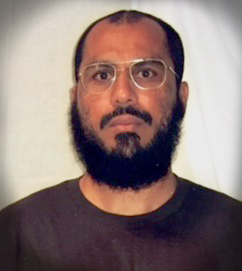 Zahir Hamdoun, a Yemeni citizen born in 1979 in Hadramout, Yemen, was held without charge in Guantanamo for over fourteen years. The fifth of eight children, Mr. Hamdoun grew up in a tight-knit, loving family. After graduating at the top of his high school class, he traveled to Afghanistan in 1999 to engage in dawah, or the teaching of Islam, for six months while awaiting a college scholarship. Unable to return as planned amid turmoil in Afghanistan and Yemen, Mr. Hamdoun fled Afghanistan at the outset of the US war and was seized months later in Karachi, Pakistan. During interrogations in Pakistan, he made statements under duress that he later recanted but that were relied upon by the US government to justify his detention. He was transferred to the U.S. prison in Kandahar, Afghanistan, and then to Guantanamo in 2002. In Janury 2016, the Period Review Board approved him for transfer, and on August 15, 2016, DOD announced that Mr. Hamdoun was transferred to the United Arab Emirates.

During his detention, Mr. Hamdoun imagined a future beyond Guantanamo, using his time there to take classes in Life Skills, Art, English, Spanish, and Mathematics and to plan his next steps. He looks forward to finally having the chance to rebuild his life.

Zahir Hamdoun’s Periodic Review Board (PRB) proceedings are part of an administrative process the Obama administration established to review the cases of those Guantánamo detainees it has neither...

'I have become a body without a soul': 13 years detained in Guantánamo

I feel like there is a heavy weight on my chest – it’s as if I’m breathing through a needle hole. And then I ask myself, “If I write or say something, is anybody going to listen to me? Is it really...