Waiting for Fahd: One Family's Hope for Life Beyond Guantánamo

The heartrending documentary “Waiting for Fahd,” tells the story of CCR client Fahd Ghazy, a Yemeni national unlawfully detained at Guantánamo since he was 17.. Through moving interviews with his beloved family in Yemen, “Waiting for Fahd” paints a vivid portrait of the life that awaits a man who, despite being twice cleared for release, continues to languish at Guantánamo, denied his home, his livelihood, and his loved ones because of his nationality.

Update: The film was released in 2014, and in 2016, after spending more than a third of his life unjustly detained, the U.S. government transferred Fahd to Oman.

“What you see in 'Waiting for Fahd' is my dream. But I do not want it to be only a dream. I want it to come true. You can help make it come true.”
– Fahd Ghazy
Read Fahd's appeal to viewers of the film. 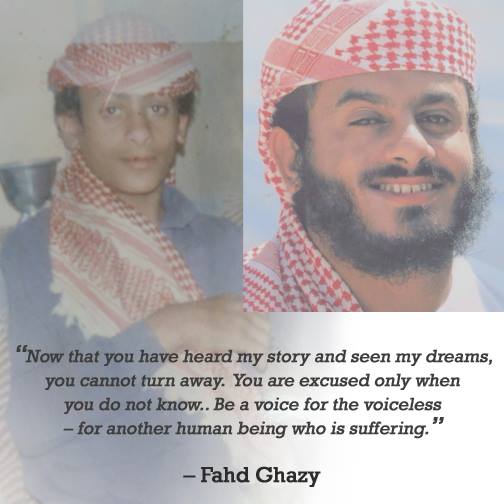 One enduring and pernicious myth about the men detained at Guantánamo is that they were all sent to the prison after being captured on the battlefield by U.S. forces in order to neutralize the threat they posed. Nothing could be further from the truth. The vast majority of Guantánamo detainees were ensnared in a slipshod bounty-system in which the U.S. military paid handsome cash rewards to locals for turning over anyone who seemed out-of-place. In other instances, they were simply handed over to the U.S. military by local police forces. Many vulnerable young men and boys were ensnared in the process and Fahd, just 17 years old at the time, was one of those unfortunate souls. After more than a decade at Guantánamo, the U.S. government failed to find a basis to bring a single charge against Fahd; it abandoned the core allegations against him for utter lack of substantiation; and two successive presidential administrations concluded that Fahd should not be at Guantánamo and cleared him for release. He was finally transferred to Oman in 2016.

“Waiting for Fahd” depicts a rarely seen story about Guantánamo, one that reveals the human toll indefinite detention takes on both the prisoners and their families.