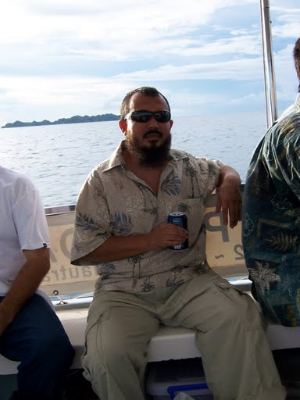 It was against this backdrop that Mr. Arslan made the difficult decision to leave his homeland to escape the severe religious and political persecution he had endured. In 1994, he fled China and traveled to neighboring Kyrgyzstan. Mr. Arslan hoped that Kyrgyzstan would serve as a bridge to obtaining political asylum in a Western country, but his hopes were soon disappointed. In the Kyrgyz capital Bishkek, Mr. Arslan applied to several Western embassies for political asylum but he never received a response to any of his applications.

Mr. Arslan also sought refugee protection from the United Nations High Commissioner for Refugees (“UNHCR”). In 1995, he received an identity card from the UNHCR office in Bishkek recognizing him as a person in need of refugee protection. However, Mr. Arslan found no protection in Kyrgyzstan where he lived in daily fear of deportation to China. In 1996, China entered into a mutual security and border control arrangement with Kyrgyzstan, Kazakhstan, Tajikistan and Russia – now known as the Shanghai Cooperation Organization (“SCO”) – pursuant to which these states agreed to cooperate with China by forcibly returning Uighur expatriates to Xinjiang. (See Alim Seytoff, SCO exercise ‘aimed at suppressing Uighurs’, Asia Times Online (Aug. 16, 2007) (“[A]fter the founding of the SCO . . . China has been largely successful in persuading Kazakhstan, Kyrgyzstan and Uzbekistan to suppress the Uighur populations in their respective countries, to deport Uighur political activists and refugees fleeing Chinese persecution back to China, and to maintain official silence about the human-rights violations in East Turkestan. The increased military and economic cooperation between China and neighboring states has resulted in the repatriation and execution of Uighur activists who fled to those countries to escape Chinese persecution.”)). As a result, Mr. Arslan was forced to leave Kyrgyzstan.

Unable to remain safely in Kyrgyzstan, Mr. Arslan fled to neighboring Kazakhstan. In 1996, Mr. Arslan approached the UNHCR office in Almaty, Kazakhstan, where he received another refugee protection letter. Due to Kazakhstan’s membership in the SCO, however, this document provided no real security to Mr. Arslan. Faced with the continued threat of extradition to China, Mr. Arslan still hoped to travel to a Western country where he could obtain political asylum, but his passport was about to expire and he did not have much money to travel. Therefore, he was forced to seek refuge elsewhere, and fast.

Acquaintances in Kazakhstan told Mr. Arslan that Uighur expatriates lived safely in Afghanistan without passports or visas, and that life there was very inexpensive. During the pre-war period, Uighur refugees from China often fled to Afghanistan, which offered a temporary refuge from the invariable risk of extradition that Uighurs routinely faced in other Central Asian countries. Mr. Arslan therefore traveled to Kabul, Afghanistan, where he stayed in a house with fellow Uighur expatriates.

In the fall of 2001, Mr. Arslan was living peacefully in Kabul. Following the September 11, 2001 terrorist attacks, the United States commenced military operations in Afghanistan against al Qaeda and the Taliban. Mr. Arslan fled the escalating hostilities in search of safety. He crossed the border into Pakistan, via taxi, hoping to find refuge from the bombing. However, in Pakistan Mr. Arslan's taxi was stopped by local police. Although he was unarmed and had not supported or participated in any combat, hostilities or military action of any kind, Mr. Arslan was removed from the vehicle along with other passengers and taken into police custody. During this period, the U.S. military was distributing bounty leaflets throughout the border areas of Pakistan promising “wealth and power beyond your dreams” in exchange for the handover of “Taliban.” In exchange for these financial rewards, local Pakistanis, including Pakistani law enforcement, were turning over anyone they could find. Hundreds of men, including Mr. Arslan, were swept up in a conflict in which they took no part.