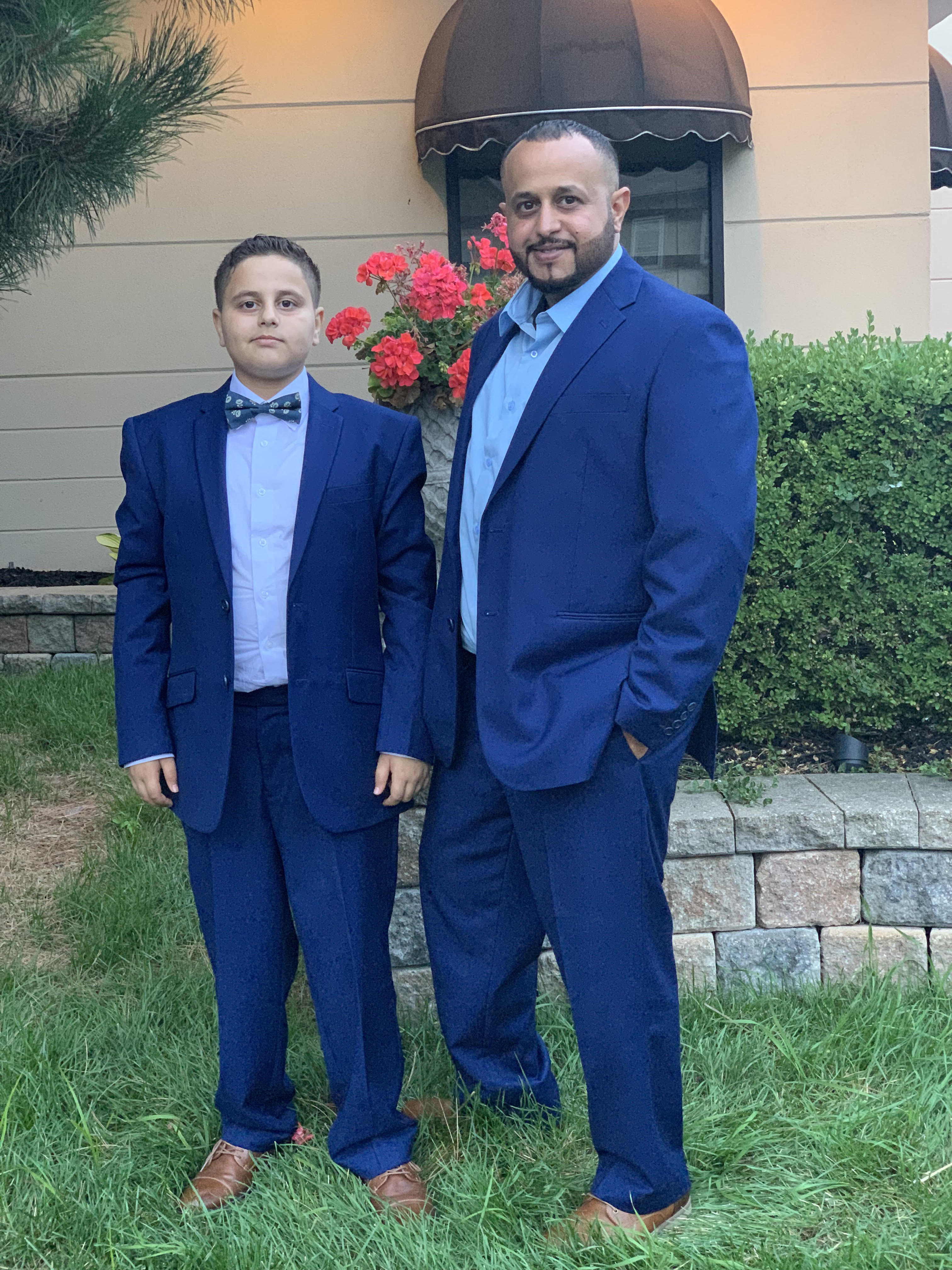 Update: shortly after the Center for Constitutional Rights filed the lawsuit on behalf of Tufaic, the U.S. State Department gave his wife, Alshaibah, a visa. The family was reunited in November 2019.

Tufaic Mohamed Nagi is a 33-year old U.S. citizen who has lived in the United States since he was born. He resides in Dearborn, Michigan, and works as a truck driver. His wife is currently stranded in war-torn Yemen, and his family has been torn apart by Trump's Muslim Ban. Tufaic is a plaintiff in Dobashi v. Trump.

In 2005, Tufaic married his wife, Alshaibah, in Yemen. Following their wedding, she continued to live there and he would travel between the U.S. and Yemen to support his family. They have an 11-year-old son, Mohamed, who is also a U.S. citizen. In 2016, Tufaic applied for a visa to bring his wife to the U.S. so she could be safe from the escalating war and humanitarian crisis in Yemen. His wife's petition was granted, and she travelled to the U.S. Embassy in Djibouti for her interview in October 2017. Following her interview, a consular officer told her that her file was complete and that her visa was approved, and provided her with a notice stating that the visa was approved. Four months later, in March 2018, after the Supreme Court lifted the lower courts' stay and allowed the Muslim Ban to go into effect, the embassy contacted Alshaibah and issued her a refusal letter informing her that her visa application had been refused because of the Muslim Ban.

"I've been through a lot for the past four years, struggling, and trying to get my wife here and reunite my family. I'm praying every day. I've done everything that I can."

Like so many other Yemeni-American families, Alshaibah was put in the terrible situation of having to return to Yemen due to financial hardship and the high cost of living in Djibouti. Tufaic has exhausted his savings and borrowed money from friends and family over the course of his wife's visa process. She currently lives in an area of Yemen controlled by a militia group and fears for her life. He has not seen her since his last trip to Yemen in 2014, and she hasn't seen their son Mohamed since 2015, when he was only 7 years old.

Tufaic speaks of the difficulty of being a single father raising his son while working a job that requires him to be away from home at times. Tufaic's mother and other relatives help him take care of his son, but still, Mohamed is deeply impacted by his mother's absence. Before the Ban, Tufaic described Mohamed as always happy, laughing, joking, and very social. Now, he is much more introverted.

"He's always asking her 'when are you coming? Why is this taking so long?' I have to give him all these excuses. I have to tell him about the Ban and really difficult things. It's very hard to explain to an 11-year old kid," Tufaic shares. "It really hurts me. When there are parent-teacher conferences or major moments like graduation, he says, 'I wish my mom was here.'"

When asked why the fight must continue against the Muslim Ban, Tufaic said people need to keep talking about the families like his that are struggling because of this policy: "The government is separating kids from their mothers and fathers. It's too hard to have to explain to my son why his mother cannot come here. Today, it is the Muslim Ban, but tomorrow it might be something even worse."

Today, Tufaic and Mohamed are waiting for their wife and mother to join them in the United States.

A federal lawsuit on behalf of 13 Yemeni-Americans for the unlawful revocation of their family members’ previously approved visas due to the Muslim Ban.