In May 2020, the Inter-American commission on Human Rights (IACHR) published a landmark report in the merits case of former Guantanamo detainee Djamel Ameziane, making the following recommendations to the United States: 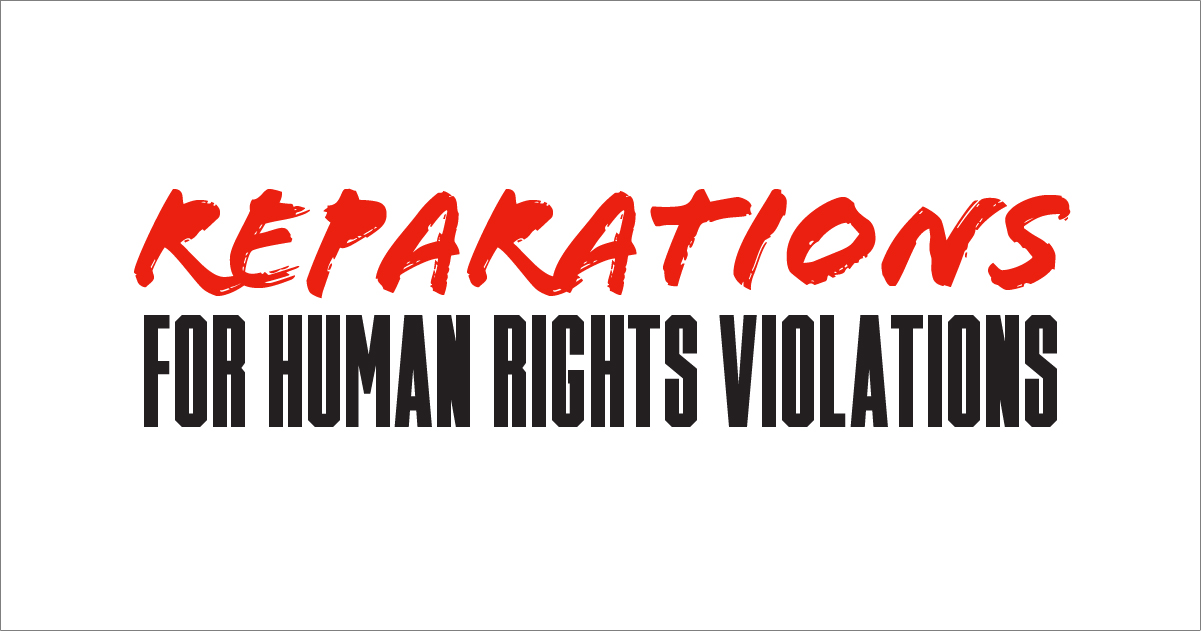 1. Take all remaining steps to comply immediately with the recommendations made in its report Toward the Closure of Guantanamo, which it fully incorporates here by reference. [referenced below]

2. Return to Mr. Ameziane the property (currency) confiscated from him upon his capture in Pakistan in 2001;

3. Make adequate material and moral reparation for the human rights violations established in this report, including both economic compensation and measures of satisfaction. These include:

a. Adequate economic compensation for twelve years of arbitrary detention;

b. Adequate economic compensation for the lasting physical and psychological harm done to Mr. Ameziane as a consequence of the conditions of detention he endured and torture he suffered;

c. Measures of satisfaction such as, for example, a public statement by the President or other sufficiently high-ranking official that Mr. Ameziane is not and never has been a terrorist, and that he was wrongly detained and suffered torture in U.S. custody. Such measures should be coordinated with Mr. Ameziane and his representatives, in order to ensure that they constitute effective reparation.

4. Provide for appropriate medical and psychological care for Mr. Ameziane's rehabilitation, coordinating the measures to be taken with him and his representatives.

5. Begin and/or continue criminal investigations for torture committed against Mr. Ameziane at Kandahar Airbase and Guantanamo Bay Detention Center. These investigations should be carried out with due diligence and within a reasonable time period with the goal of completely clarifying the facts of what occurred, identifying those allegedly responsible, including the possible involvement of medical personnel and private military and security companies, and imposing the corresponding criminal sanctions for the human rights violations established in this report. The Commission recalls that acts of torture, as a grave violation of international law, cannot be subject to amnesty laws or statutes of limitation for its investigation and punishment.

6. In addition to the recommendations made in Toward the Closure of Guantanamo, implement laws and policies that will ensure non-repetition of the facts described in the present report, including:

a. Repeal the Military Commissions Act and the Detainee Treatment Act, consistent with the violations declared in this report;

b. Take the necessary measures to assign responsibility and corresponding punishments for the official sanction of torture at the highest levels of government during the period 2002-2008;

c. Create a truth commission for Guantanamo to effectively investigate all human rights violations there committed;

d. Ensure the effectiveness of legal remedies, both to challenge the legality of detention in circumstances like those of the present case and to ensure judicial review of decisions to transfer individuals to countries or territories where they fear persecution, torture, or cruel, inhuman or degrading treatment or punishment;

e. Create an effective judicial or administrative mechanism to ensure integral reparation for individuals subjected to similar conditions as Mr. Ameziane in Guantanamo Bay prison, including accessible and effective means to facilitate the submission and processing of complaints, including criminal complaints, before U.S national authorities, regardless of where in the world the complainant is located.

f.  Develop and deliver international humanitarian and human rights law training addressed to U.S. military forces and intelligence agencies, with a particular focus on the absolute prohibition of torture and cruel, inhumane and degrading treatment.

g. Publish an official statement containing the main conclusions of this Merits Report in a national daily newspaper, by radio and by television broadcast, in coordination and collaboration with the victim and his lawyers.

h. Ensure that international human rights law obligations, in particular those relating to non-derogable rights, are included in any counter-terrorism or national security strategy or policy.

i. Create a public space to disseminate and raise awareness about the main conclusions of the IACHR regarding the context in which the violations declared in this report occurred. 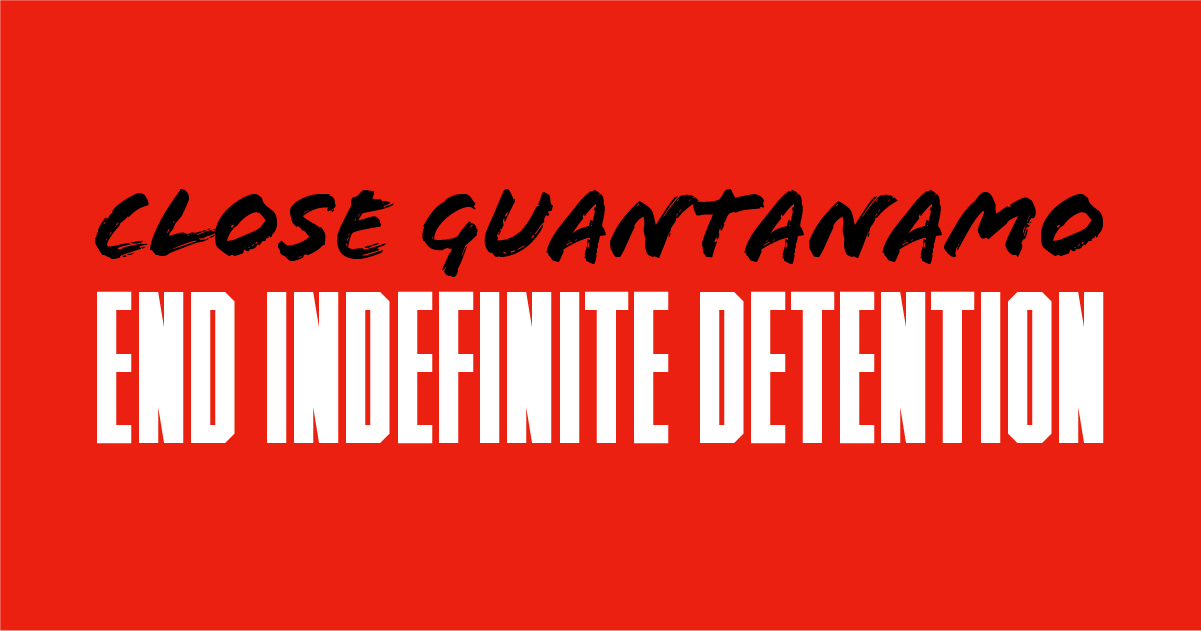 The IACHR issued a series of recommendations to the United States in a 2015 report, Toward the Closure of Guantanamo, to encourage and support efforts by the U.S. to properly fulfill its international human rights commitments in the closure of Guantanamo.

Those recommendations were incorporated into the 2020 merits decision issued by the Commission in the case of Mr. Ameziane.

1) Ensure that detainees are held in accordance with international human rights standards; and that conditions of detention are subject to accessible and effective judicial review.

2) Provide detainees with adequate medical, psychiatric and psychological care that meets their particular health needs with respect for the principles of medical confidentiality, patient autonomy, and informed consent to medical treatment.

3) Ensure that detainees' right to freedom of conscience and of religion is respected, in particular the right to observe communal prayer, and provide inmates access to a Muslim Chaplain.

4) Declassify all evidence of torture and ill-treatment, and make public the conditions of confinement at Camp 7.

5) Establish an independent monitoring body with participation of civil society to investigate the conditions of confinement at Guantanamo Bay, including Camp 7.

a. Investigate allegations of detainee abuse, including torture and ill-treatment, appropriately prosecute those responsible, and ensure effective redress for victims;

b. Improve the situation of detainees so as to persuade them to cease their hunger strike; and

c. Put an end to the force-feeding of detainees on hunger strike as long as they are able to make informed decisions.

7) Authorize a visit by the IACHR to the detention facility without restrictions, including private interviews with the detainees, in conformity with Article 57(e) of its Rules of Procedure.

8) Try detainees facing prosecution before military commissions in federal courts, respecting the defendants' rights to due process and to all of the judicial guarantees.

9) Ensure detainees' access to a proper judicial review of the legality of their detention, reviews that must be available, adequate and effective, and provide the possibility of release.

10) Courts must undertake a rigorous examination of the Government's evidence to ensure that any detention in this context is based on clear and convincing evidence. A decision of the U.S. Supreme Court could shed light on whether Guantanamo detainees are being afforded a meaningful opportunity to challenge the legality of their detention.

11) Ensure that the attorney-client privilege is respected.

12) Provide detainees and their counsel with all evidence used to justify the detention.

14) Repeal the National Defense Authorization Act (NDAA) provisions that prohibit the transfer of Guantanamo detainees to the United States for prosecution, incarceration, and medical treatment and ease all restrictions on transfers to third countries.

15) Expedite the Periodic Review Board process and immediately release all detainees who are not to be charged or tried.

16) Accelerate detainees' transfers to their countries of origin, or third countries when their right to life or personal freedom is in danger, in accordance with the principle of non-refoulement, and refrain from relying on diplomatic assurances in cases of risk of persecution.

17) Review the situation of the Yemeni detainees on an individual case-by-case basis.

18) Transfer detainees facing prosecution to the United States to be tried in federal courts.

19) Transfer convicted detainees to federal prisons to serve the remainder of their sentences.

The Inter-American Commission also reiterates its call upon OAS Member States to consider receiving Guantanamo detainees in an effort to achieve the goal of closing the prison and to reaffirm the longstanding tradition of asylum and protection of refugees in the region.

Guantánamo Advocacy at the Inter-American Commission on Human Rights (IACHR)

Since the first detainees were brought to the offshore prison at Guantánamo Bay in January 2002, the Center for Constitutional Rights (CCR) and allies have been advocating on behalf of detainees...
Read More
IACHR Merits Decision