No Pride in Prejudice: LGBTQIA+ People’s Experiences with Employment Discrimination

During the upcoming term, the U.S. Supreme Court will decide whether the Civil Rights Act of 1964 guarantees protections against workplace discrimination for the 1.4 million transgender people living in the United States. This critical civil rights case hinges on the Court’s interpretation of the landmark act's Title VII, which prohibits discrimination “because of … sex.”

The Center for Constitutional Rights, together with the Transgender Law Center, filed an amicus brief with the Supreme Court on July 3, 2019 on behalf of more than 45 non-profit and grassroots organizations dedicated to eradicating discrimination against transgender individuals. The brief voices support for plaintiff Aimee Stephens, a woman from Michigan who was fired from her job as a funeral home director for being transgender.

Thereafter, on September 1, 2019, the Center for Constitutional Rights, Lambda Legal, the Transgender Law Center, and a total of 50 legal experts and advocacy organizations filed a submission with the United Nations Office of the High Commissioner for Human Rights concerning the devastating epidemic of LGBTQ employment discrimination in the United States and the U.S. government’s refusal to recognize the rights of LGBTQ workers in violation of international human rights laws and norms.

What follows are several first-hand accounts of how discrimination and bigotry impact transgender employees and job seekers, in particular. 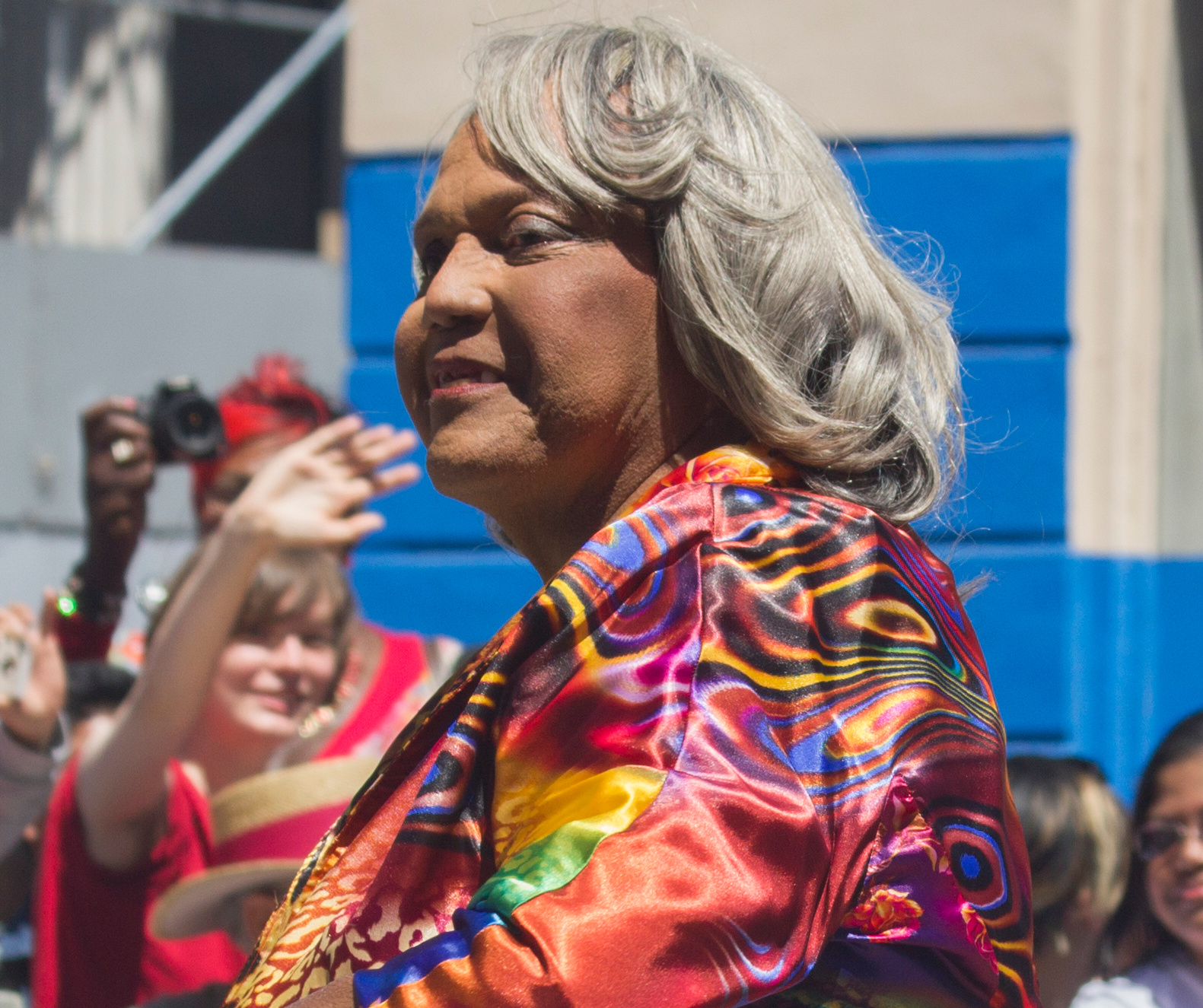 Miss Major Griffin-Gracy is a legendary activist and pioneer of the modern LGBTQIA rights movement who helped ignite the Stonewall Riots 50 years ago. Miss Major turned to sex work after being repeatedly pushed out of jobs where her gender expression was incessantly policed. Employers said that her gender expression was “vile,” “disgusting,” and “annoying.” She was called an “abomination” and “a man in a dress.” She was told they couldn’t have “her kind” in a place of business. Ultimately, sex work alone afforded Miss Major the means to stave off homelessness and the worst ravages of poverty.

Today, Miss Major is based in Little Rock, Arkansas, where she runs the Griffin-Gracy Educational Retreat & Historical Center (a.k.a. House of GG), a first-of-its-kind retreat center for transgender people working for social justice in the South. See House of G.G., Safe Haven For Our Trans Community: http://bit.ly/HouseofGG. 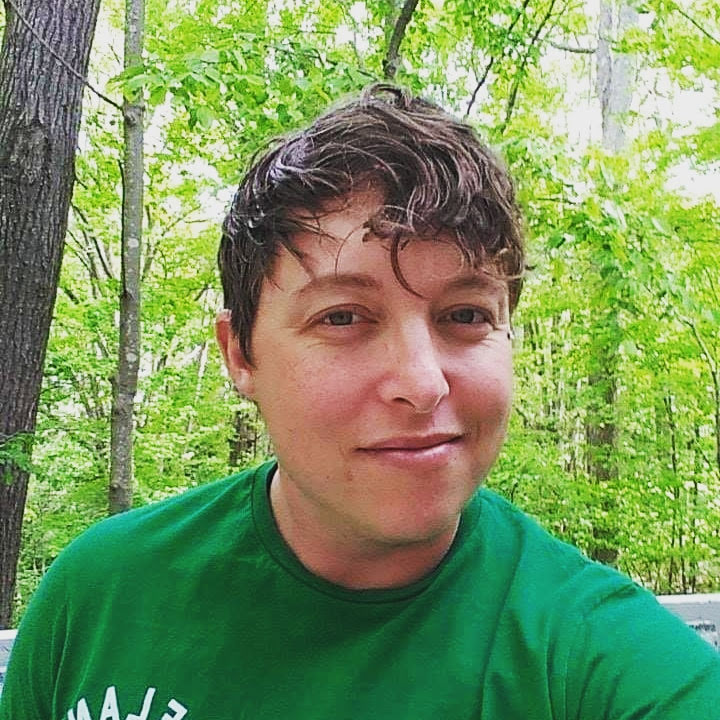 Devin is a transgender person who experienced workplace harassment in Knoxville, Tennessee. While working an overnight job setting up safety zones around manholes, Devin’s gender was mocked by other workers. Devin recalls the embarrassment of being called “sir, ma’am” while the group laughed out loud, which caused Devin to become depressed and anxious at work. “I developed fear of being alone with them while transitioning, because if they could disrespect me as a group like that, what else could happen?” Devin explains. “I've never been shamed at work until then. I loved my job and was good at it.” Devin did not discuss this with managers for fear of losing hours. 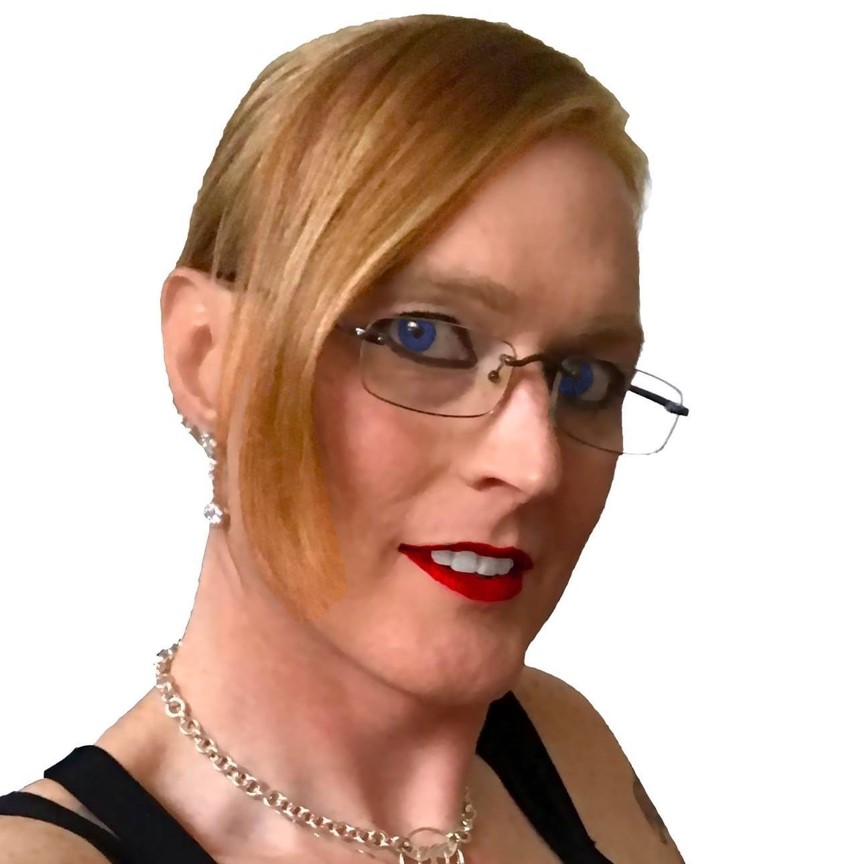 Angelica is a transgender woman from South Carolina who was forced to resign from her job as a media executive after coming out. Since then, her career has been “in ruins” and she recently filed for Chapter 7 bankruptcy. 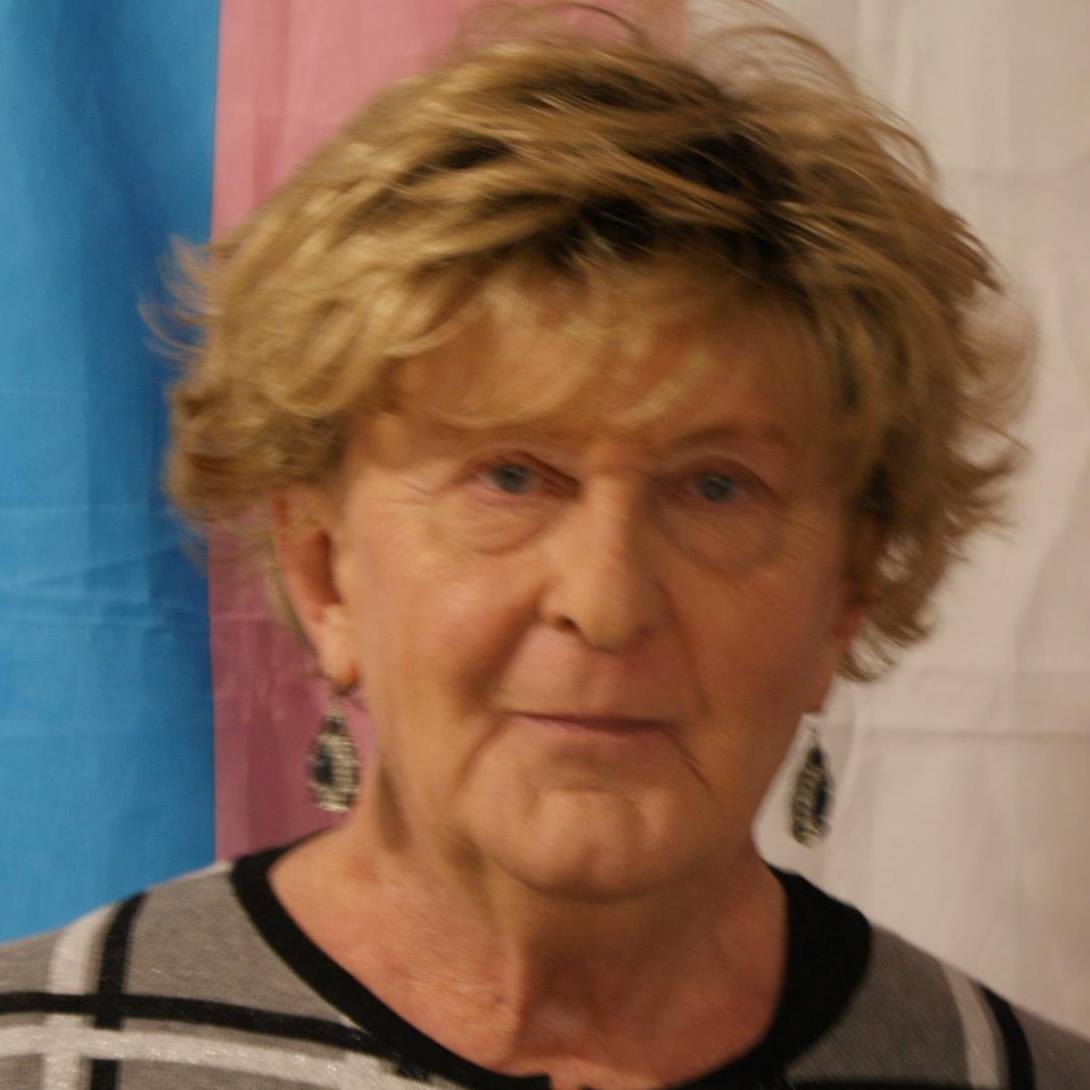 De is a transgender woman from Virginia who lost her job as an international business consultant after notifying her employer she was transgender. She contracted for almost a decade with a Boston-based investment firm on various projects, earning $50,000 a year in bonuses alone. When she chose to live her “authentic life” and come out to her employer, she was told that the firm does not contract with transgender people, allegedly due to their conservative client base. As a result, De was terminated. She struggled for years to survive financially, and later became homeless for over a year.

The Impact of Discrimination on Transgender People
“Workplace discrimination makes me feel seen as less than human.” – Sabastian, a transgender man from the Bronx, New York 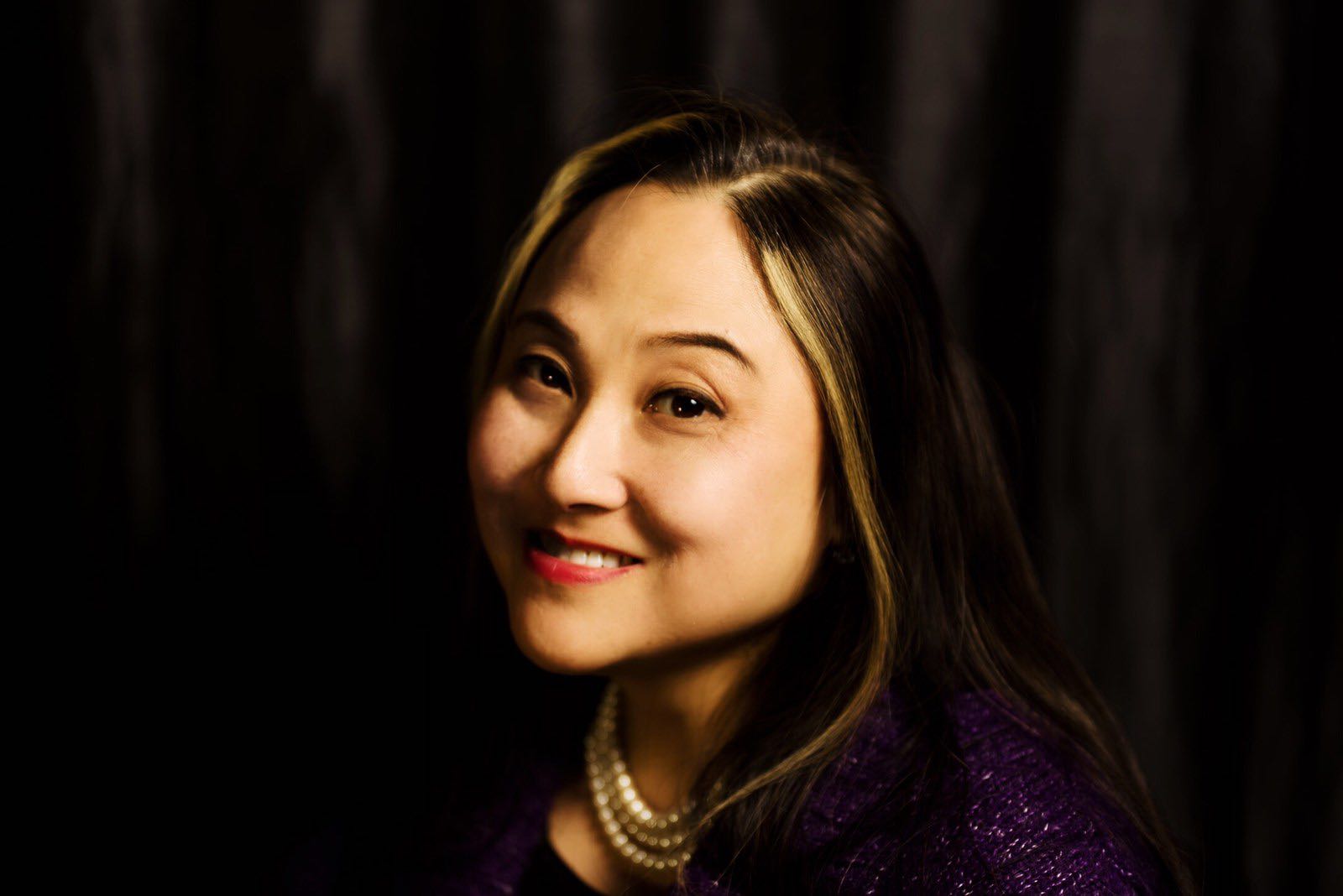 “I felt defeated and hopeless. It was very painful to survive each day not knowing where my income would come from, what danger I would face, or whether I would eat.”  – Cecilia Chung, a transgender activist from San Francisco 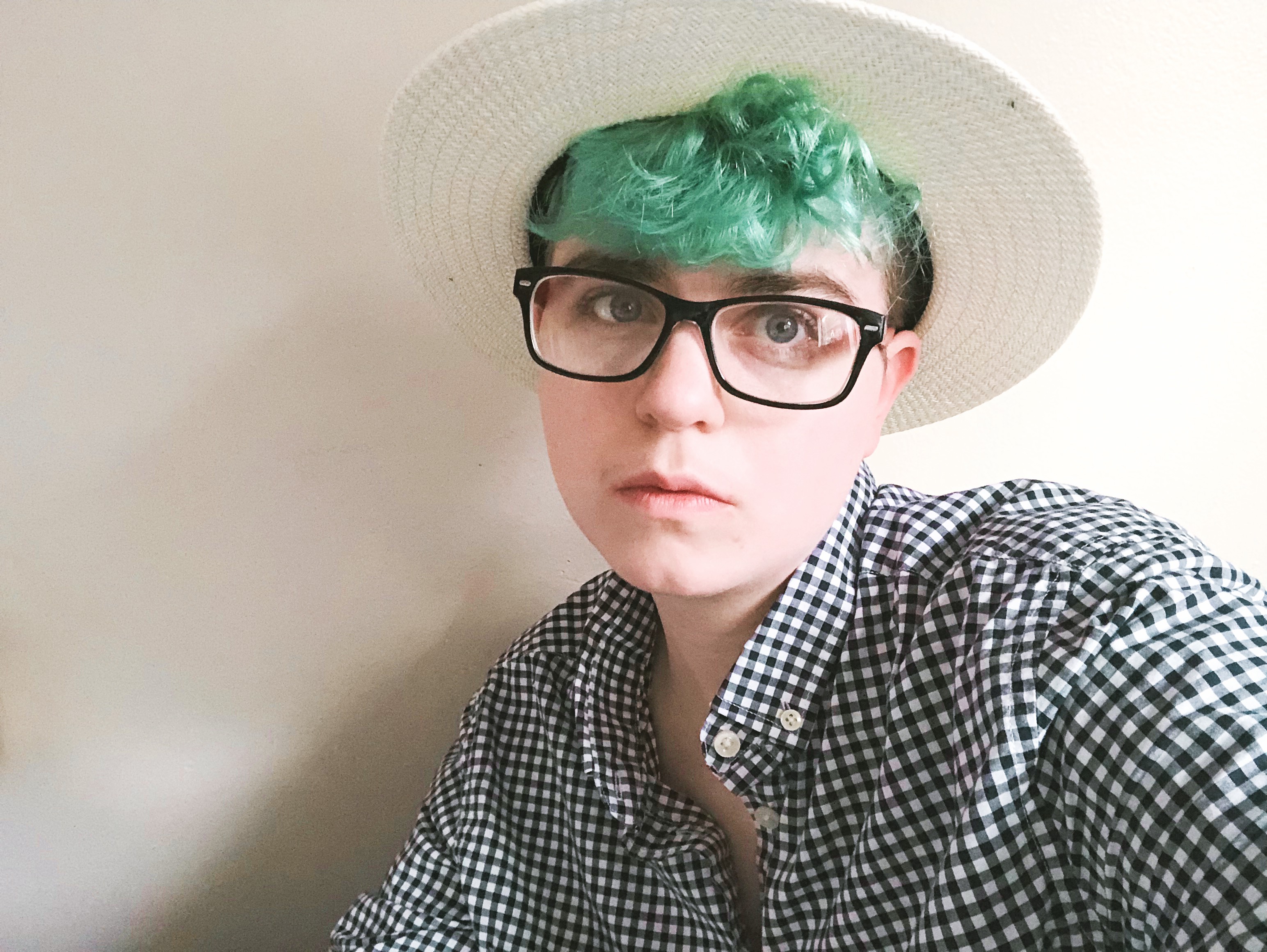 “Workplace discrimination has emotionally exhausted me and made me embarrassed to stand up for myself.”  –Vin, a non-binary trans person from Washington

Homeless and unable to find work, Victoria, a transgender woman from Ohio, has “pretty much ended any hope for ever having a career.”

“Discrimination at work has made it harder to just do my job. I have to always be wary of being misgendered or someone using my dead name.” – Aubrey, a transgender woman from Silver City, New Mexico

Alyna, a transgender woman from Milwaukee, Wisconsin, attempted suicide after experiencing workplace discrimination more than half a dozen times.

“I would like to teach, but am constantly seeing trans teachers fired or removed for being trans. I don’t know how I will make a living.” – Hana, a non-binary person from Chicago

Jackson, a non-binary person from New York, plans on hiding their gender identity in their next job rather than risk being consistently avoided and misgendered.

Angela, a transgender woman from New Jersey, was sent home when she came to work in a dress and told to come to work dressed as a man. She complied with the request, despite feeling helpless and humiliated, as though she had been forced to “choose between my livelihood and my life.” After her shift, she received a call from her employer saying she had been terminated effective immediately and not to bother coming back to work. Angela now runs a small business out of her home because she “would sooner die than go on a job interview again, because it is that horrible out there.”

Submission to UN Working Group on Discrimination Against Women and Girls

The Center for Constitutional Rights and the Transgender Law Center filed an amicus brief with the United States Supreme Court on behalf of more than 45 non-profit and grassroots organizations...

“Trans people are dying to live,” Indya Moore told a weary crowd gathered at the memorial service for Layleen Polanco on June 10. Polanco, a bright-eyed transgender woman and member of the House of...

Episode 15: Brick by brick — 50 years after Stonewall with Dean Spade and Chinyere Ezie

On the 15th episode of The Activist Files, Staff Attorney Chinyere Ezie and Dean Spade, author, activist, and law professor at Seattle University School of Law, discuss the state of the queer and trans rights movement in the U.S. today, 50 years after the Stonewall uprising. Chinyere and Dean reflect on the formal progress that queer and trans communities have seen in the past half century, as well as the many more struggles that their marginalized members are still fighting today. They explain the phenomenon of pinkwashing and show how the mantle of “gay rights” has been co-opted by right-wing actors, while highlighting the need for an alternative vision of queer and trans liberation that resists a monolithic narrative of integration into conservative institutions, including marriage and the military, and relies on a message of “sameness,” while erasing ongoing struggles for immigrants' rights, police accountability, prison abolition, and other issues that impact and are led by queer and trans people. Chinyere and Dean also address the ongoing epidemic of violence against trans women of color and articulate their hopes for the future of this work, including continuing to challenge laws that create what Chinyere calls a “discrimination-to-incarceration pipeline,” providing mutual aid, and thinking creatively about how queer communities will be impacted by – and have to collectively organize around – future threats, such as climate change. For more on Dean Spade’s work, check out the Queer Trans War Ban Toolkit.

The Center for Constitutional Rights and ten other amici filed a brief of amicus curiae in support of appellee Adree Edmo. The brief argues that the appellate court should uphold the lower court's...
Brief of Amicus Curiae InterACT Concerning Implications of Supreme Court Decision for Intersex Community