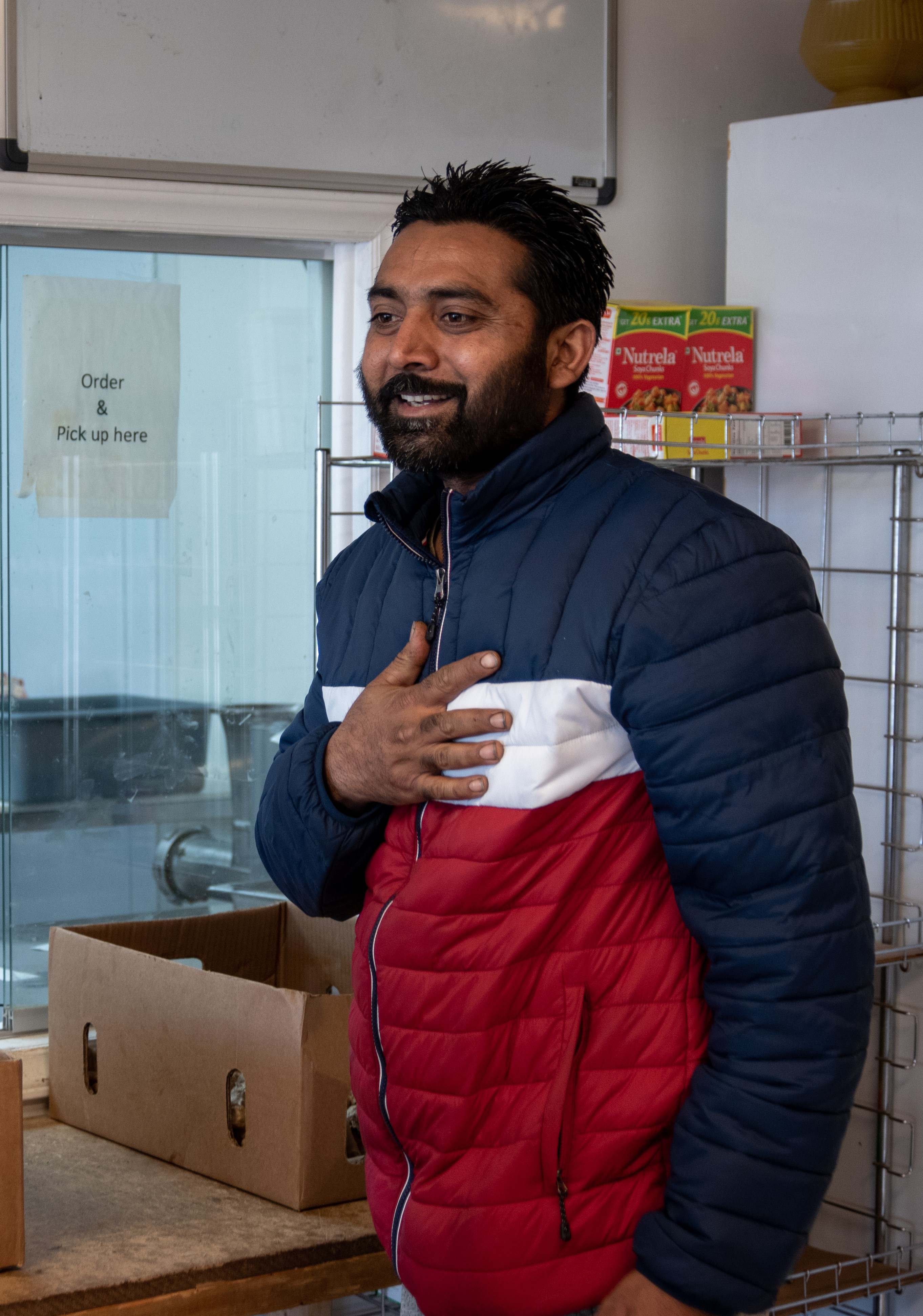 Muhammad Tanvir is a lawful permanent resident of the United States who has lived here since 2002. He currently lives in North Carolina with his wife, son and daughter, and parents, and runs a tire shop. Muhammad is a plaintiff in Tanvir v. Tanzin, a federal lawsuit challenging the FBI's abuse of the No-Fly List as a tool to coerce American Muslims into spying on their religious communities.

"Because I didn't want to talk to the FBI, they put me on the No-Fly List."

Muhammad was first approached by two FBI agents in February 2007 at a "99 Cents" store in the Bronx where he worked. The whole interaction lasted 30 minutes, and they questioned him about some acquaintances. Two days later, one of the agents called him back and began asking him more questions about what the Muslim community generally discussed and what he could share about the Muslim community. Muhammad was rattled and confused. This became the first episode in a multi-year saga of harassment and attempted recruitment of Mr. Tanvir to become an informant. From 2007 until 2011, FBI agents repeatedly showed up at his workplace, called him, surveilled him, followed him, and intimidated him. For instance, agents told him they had been following him and showed him surveillance photos of himself standing on a New York City subway platform. They also offered him incentives, such as facilitating his wife's and family's visits from Pakistan to the United States and helping his aging parents in Pakistan go on religious pilgrimage to Saudi Arabia. At one point, they even threatened to withhold his passport from him and told him they would return it on the condition that he work for them.

The FBI's focus on Muhammad had nothing to do with any ongoing criminal investigation or activity connected to him or specific individuals in his community. In fact, the FBI acknowledged that Muhammed was "honest" and "a hardworking person."

In describing how he felt during those years of FBI harassment, he said: "It felt like everywhere I went, everyone was watching me."

Muhammad repeatedly told the FBI agents that if he knew of any criminal activities he would tell them, but that he did not want to spy on his community. He felt like doing so would put him, his family, and his community in danger. Based on the way the agents pressured him to tell them about criminal activity that did not exist, he was worried that if he agreed to become an informant he would be required to potentially entrap innocent people. Spying and eavesdropping on others, especially when they have done nothing wrong, is fundamentally incompatible with his moral and religious beliefs.

"They need to stop crime. They don't need to be targeting people like me. They don't have the right to bother innocent Muslim people."

Muhammad felt intimidated and harassed. He received advice from a friend who told him that he was under no obligation to speak with the FBI, so he stopped taking their calls. Then, the first time he tried flying after that, he was denied boarding. This time, FBI agents reached out to Muhammad and used his placement on the No-Fly list as leverage to try to get him to become an informant once again. Due to the lack of transparency around the No-Fly List, the FBI has enormous unchecked power to abuse the list and use it as an extrajudicial tool to intimidate and coerce individuals like Muhammad.

When Muhammad finally obtained lawyers, the FBI stopped trying to recruit him to be an informant. It was only when CUNY CLEAR, the Center for Constitutional Rights, and Debevoise & Plimpton filed this case that the U.S. government told Muhammad he was no longer on a No-Fly List.

When asked about his motivation for being a part of this lawsuit seeking accountability for the FBI's harassment and retaliation, Muhammad said:

"It's not about me. This happened not only to me, but to a lot of Muslims. I am fighting for them."