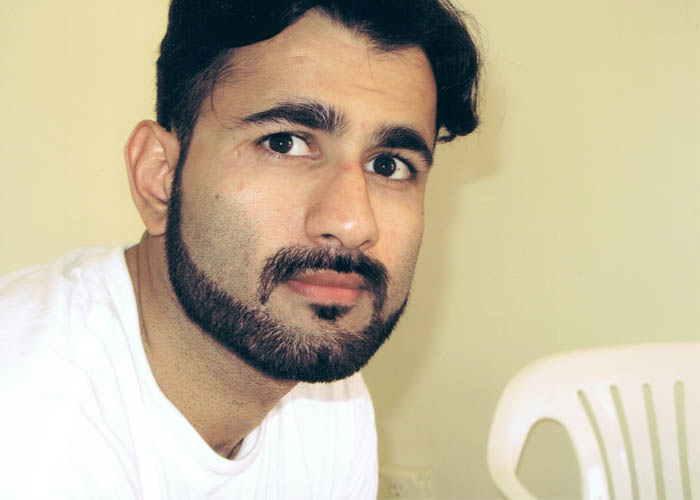 Majid Khan was sent to Guantánamo Bay in September 2006, at the age of 26.  A citizen of Pakistan, he has long had political asylum status in the United States and other substantial ties to this country.  He grew up outside of Baltimore, Maryland, graduated from Owings Mills High School, and lived and worked in the area.  He is married and has a young daughter he has never met.  Several of his other family members are U.S. citizens and still live near Baltimore.

In March 2003, Khan was captured, forcibly disappeared, and tortured by U.S. officials at overseas “black sites” operated by the CIA.  His torture is described at length in the Senate Select Committee on Intelligence report on the CIA’s post-9/11 detention and interrogation program, key findings of which were released on December 9, 2014.  Khan’s own account of his torture remains classified.

Notes of some of Khan’s personal recollections of his experience in secret detention were declassified by the government in May 2015, but other details of his torture remain classified. On June 2, 2015, Reuters published unclassified information detailing the CIA’s torture of Khan.  In June 2016, in response to a FOIA lawsuit, the government made public a declassified version of Khan’s 2007 CSRT transcript, which contains more information about his time in custody.