Krystal Two Bulls is an Oglala Lakota and Northern Cheyenne organizer from Lame Deer, Montana who has been actively involved in resisting the Dakota Access Pipeline. She is currently a Co-Campaign Coordinator for the Drop the MIC (Military Industrial Complex) Campaign at About Face: Veteran’s Against War, a group of post-9/11 service members and veterans organizing against war, militarism, and the military industrial complex. 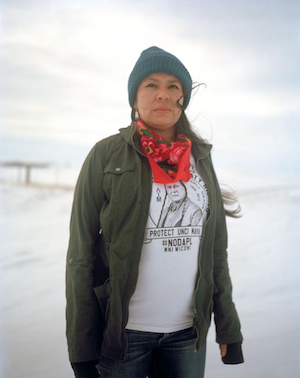 Krystal was born on the Pine Ridge Indian Reservation and raised on the Northern Cheyenne Indian Reservation.  She is a United States Army Veteran and served for eight years. She was deployed to Kuwait from July 2009 through July 2010 as part of Operation Iraqi Freedom. Krystal is also the Founder/Director of Voices of the Sacred, an organization dedicated to the empowerment and leadership development of Native youth.

At the heart of Krystal’s work are the connections between environmental justice, Indigenous Peoples’ Rights, and anti-militarism. She has described how the U.S. foreign policy of war and imperialism is born out of the invasion and colonization of Turtle Island and its original stewards; and how the destruction of Native land by extractive industries, including the Dakota Access Pipeline, is a contemporary manifestation of that same colonial history. 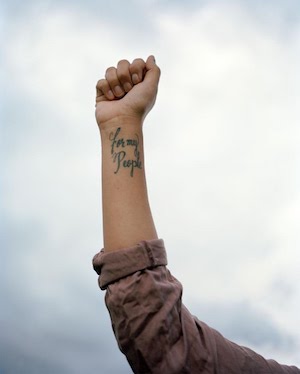 Krystal’s identity as a Native American veteran is central to her organizing. In healing from her experience as a soldier, Krystal has dedicated herself to embodying what she views as the essential quality of a warrior: a commitment to the health and well-being of her People, of current and future generations. That is why, when Native People came together to resist the Dakota Access Pipeline, she joined. She was drawn to this Native-led effort to protect the air, water, and land, and to live free from oppression, because it was for the benefit of everyone—including those who would be working directly against her.

In 2017, the partial owner of the Dakota Access Pipeline, Energy Transfer Equity, filed a bizarre and far-fetched lawsuit naming various environmental organizations as defendants. In 2018, Energy Transfer amended the complaint to add as defendants individual environmental activists and organizers, including Krystal. Energy Transfer claims, under the Racketeering Influenced Corrupt Practices (RICO) Act, that Krystal is part of a sprawling conspiracy to spread falsehoods about Energy Transfer and deceive the public about the environmental impacts of pipelines. It is the second RICO case filed by Trump's personal lawyers against environmental groups and activists in a concerted effort to silence environmental activism. Krystal recognizes that Native women’s voices are some of the most silenced and erased in this country, and that this is reflected in the rates of missing and murdered indigenous women. For her, this lawsuit is an opportunity to raise her own voice and that of other Native organizers fighting against environmental injustice and militarism, and for the rights of Indigenous Peoples.

For more of Krystal’s writing, see: