The Story of Hussain and Sawsan's Family

Update: shortly after the Center for Constitutional Rights filed the lawsuit on behalf of Hussain, the U.S. State Department gave his wife, Sawsan, a visa. In January 2019, the Saleh family was finally able to travel together to the U.S. 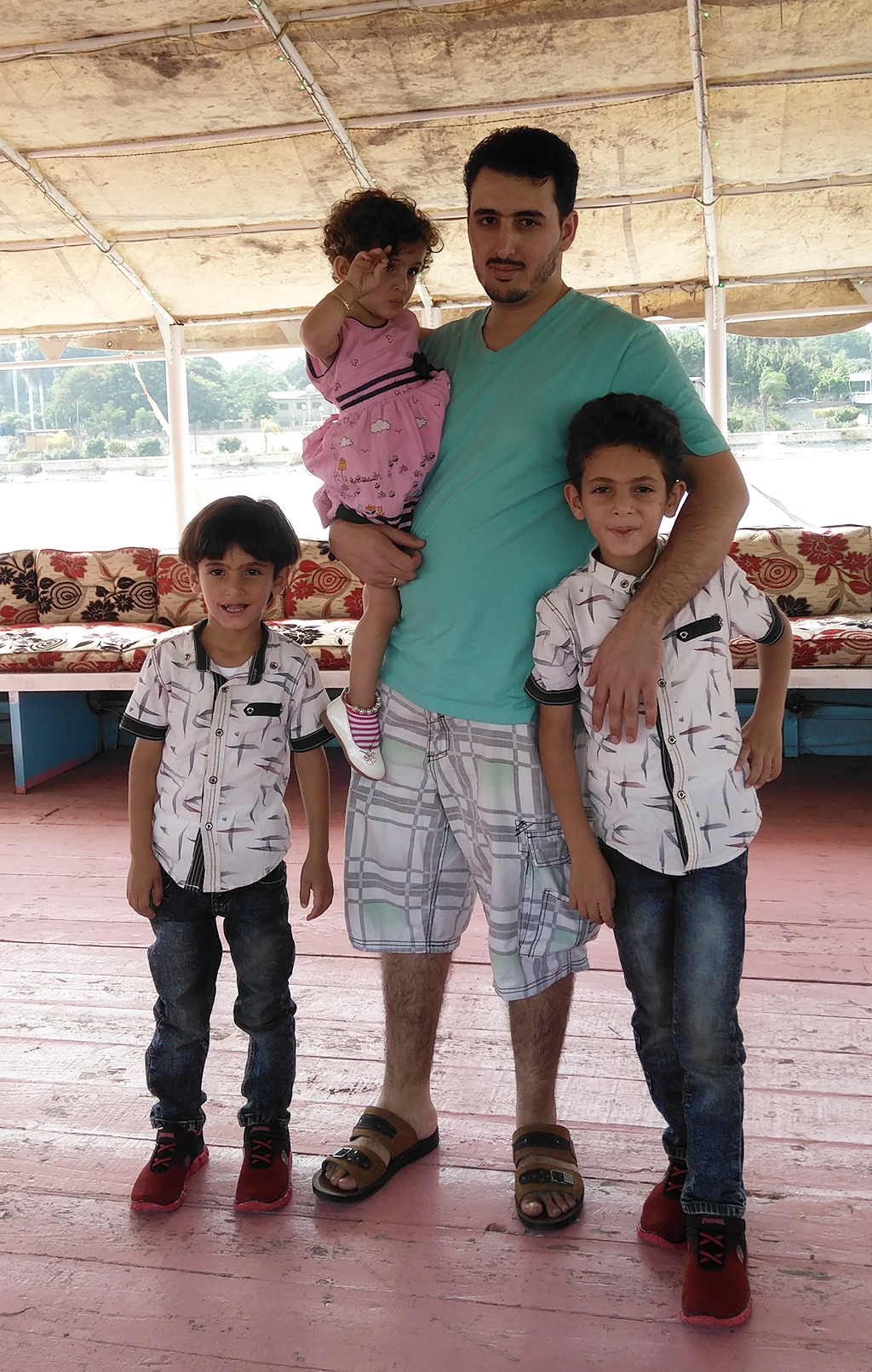 Hussain Saleh is a life-long Brooklynite and U.S. citizen with roots in the United States dating back multiple generations. His parents and siblings also reside in New York, forming a tight-knit community of loved ones and caretakers. Yet, his family was forcibly separated because of Trump’s Muslim Ban. His wife, Sawsan, a Yemeni national, was barred from joining him in the United States after the Ban went into effect. As a result, Hussain, his three U.S. citizen children, and his wife were stuck in limbo, in Djibouti, while they waited for her visa a. Hussain was unable and unwilling to leave her behind by herself, or to separate the family.

“In Yemen, there is nothing but death and disease. Mohamed, my oldest child, is a U.S. citizen. He's 7 years old, a very smart kid. He lost two years of school waiting for his mother’s visa. Ali is my second child and a U.S. citizen, too. He's 6 years old. He has a beautiful smile that he usually has on his face. Salha is my baby. She's 2 years old and also a U.S. citizen. She's my heart. I swear to Allah that I cry every time I think of their situation here in Djibouti. I love my wife so much and I can't take the kids away from her and leave for the U.S. It would break her.”

Since the war started in 2015, Hussain had been trying to get his family out of Yemen. Because the U.S. Embassy in Sana’a, Yemen, closed, families have had to travel to other countries like Malaysia or Djibouti in order to follow up on any U.S.-immigration paperwork related to visas or passports. When the bombing of Sana’a started, Hussain did everything he could to get his family out of Yemen. Getting to them in Sana’a took him several months, until finally he joined them and began a long and arduous journey to Jordan first, and then to Malaysia, only to be told he had to return to the U.S. and re-apply from the there. Leaving his family back in Yemen, he finally was able to petition for them from the U.S. in 2016. After almost a year of waiting, Sawsan was finally given an interview appointment at the U.S. Embassy in Djibouti. Hussain flew back to make another long journey to bring his family from Yemen to Djibouti.

After her interview, consular officials told Sawsan that she should get her visa soon, and gave her a document that said, “Your visa is approved.” The family celebrated their imminent reunification in the United States. However, days, weeks, and then months passed, and the visa was never printed. When the Muslim Ban went into effect, Sawsan received a notice that her visa was denied, “Pursuant to the Presidential Proclamation.”

The family was devastated. They thought they would only remain in Djibouti for another two weeks, but they were stranded there for over a year now, under extremely difficult conditions. In addition to the emotional anguish and uncertainty of their future, the everyday aspects of living in Djibouti added to the family’s hardships. Hussain himself could not leave Djibouti, as he had to take care of his wife, who suffers from diabetes. While her condition was under control in Yemen before the war, it has deteriorated significantly while in Djibouti where she had no access to adequate medical facilities. Her blood-sugar levels fluctuate dangerously, and she needs proper medical attention. At the same time, his son Ali suffers from severe oral swelling and tooth aches, so much so that he had to have five of his teeth pulled out due to abscesses developing under his teeth. He has lost considerable weight, and Hussain could not access appropriate medical care in Djibouti.

Rent, food, electricity, and medical services are extremely expensive in Djibouti. The family needs at least $4,000 a month to live there. A box of cereal that would cost $4 in the U.S. costs over $20 in Djibouti. Saleh has had to rely on family and friends for financial support, and has accumulated significant debt. There is no one he can borrow money from anymore. Without securing more loans, he can only support his family for a few more weeks in Djibouti.

“I never thought I would be in a situation like this as an American. You can’t even help your family when you most need to help: you have left a war, and your kids are stuck in East Africa. Sometimes you lose hope.”

The pressure, and the waiting was almost unbearable. But at the same time, he maintained his hope because of all the people who continue to challenge the Muslim Ban even after the Supreme Court decision upheld it:

“Every voice, pen, and keyboard that writes about us and others who are facing discrimination gives us hope.”

Hussain Saleh is a plaintiff in Alobahy v. Trump case.