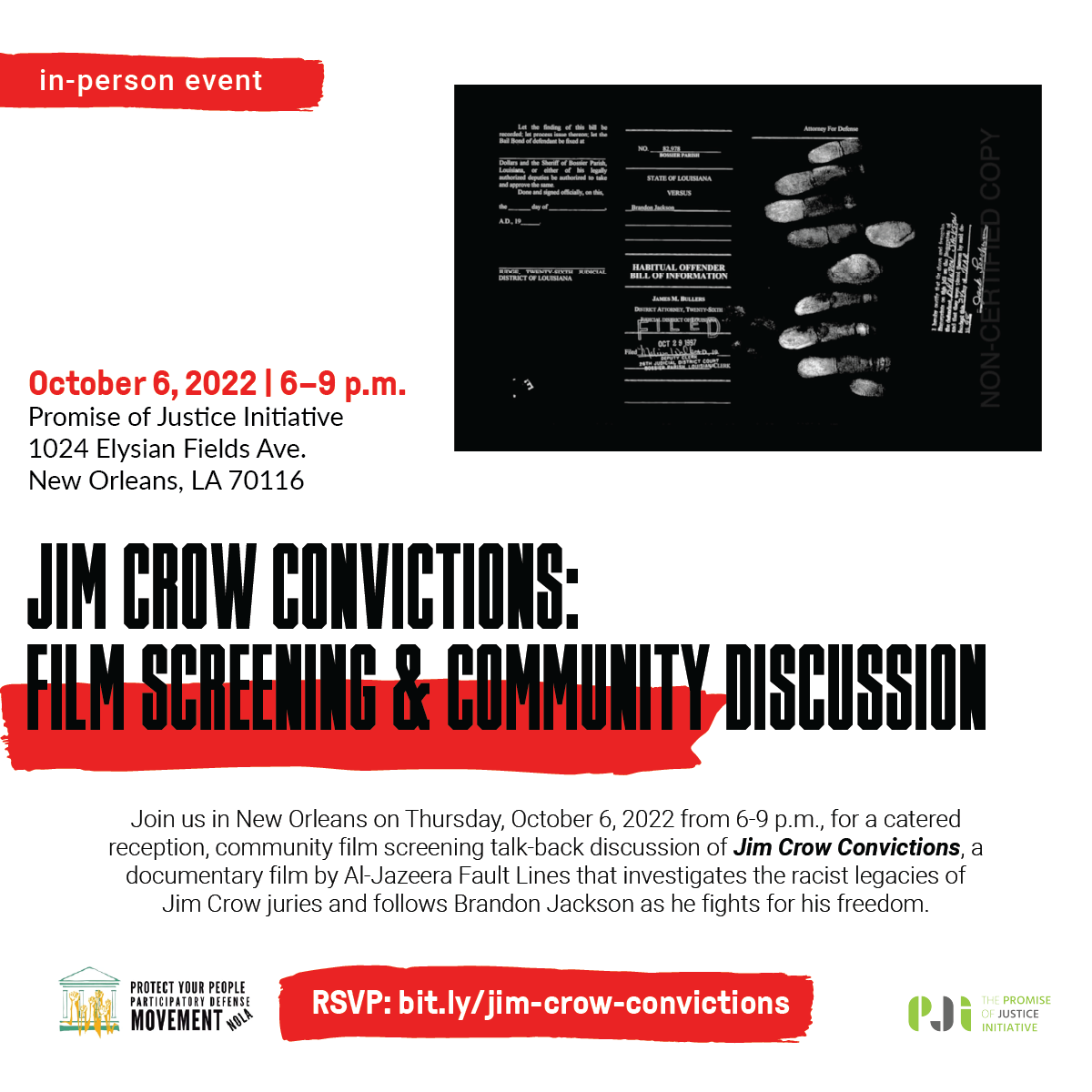 Join the Center for Constitutional Rights and The Promise of Justice Initiative on Thursday, October 6, 2022, for a community screening and talkback: Al-Jazeera Fault Lines ’Jim Crow Convictions’

The evening event is part of the Center for Constitutional Rights’ long-standing “Freedom Flicks” film series, and coincides with the 10-year anniversary celebration of our partners at PJI. Together we are proud to screen Jim Crow Convictions, a documentary film that investigates the legacies of Jim Crow legislation and follows Brandon Jackson as he fights for his freedom. We are thrilled that Mr. Jackson, who was freed from prison in February after 25 years, will be present for the event. Following the film screening, Mr. Jackson, along with the film producer and movement lawyers from Center for Constitutional Rights and The Promise of Justice Initiative, will discuss their shared work to challenge Jim Crow Juries, a relic of institutionalized white supremacy that has allowed people to be criminally convicted and sentenced by non-unanimous juries. We will also be joined by Participatory Defense Movement Louisiana.

Register today to secure your seat!