On September 15, 2022, at the Peoples Forum, the Center for Constitutional Rights is excited to partner with the People’s Campaign for Parole Justice and Release Aging People in Prison (RAPP) to bring you a screening of the outstanding short documentary, The Interview.  Doors will open at 6pm for a catered opening recepton followed by the screening at 6:30pm. Join us after the film screening for a discussion with the film’s protagonists, as well as, community activists and organizers. 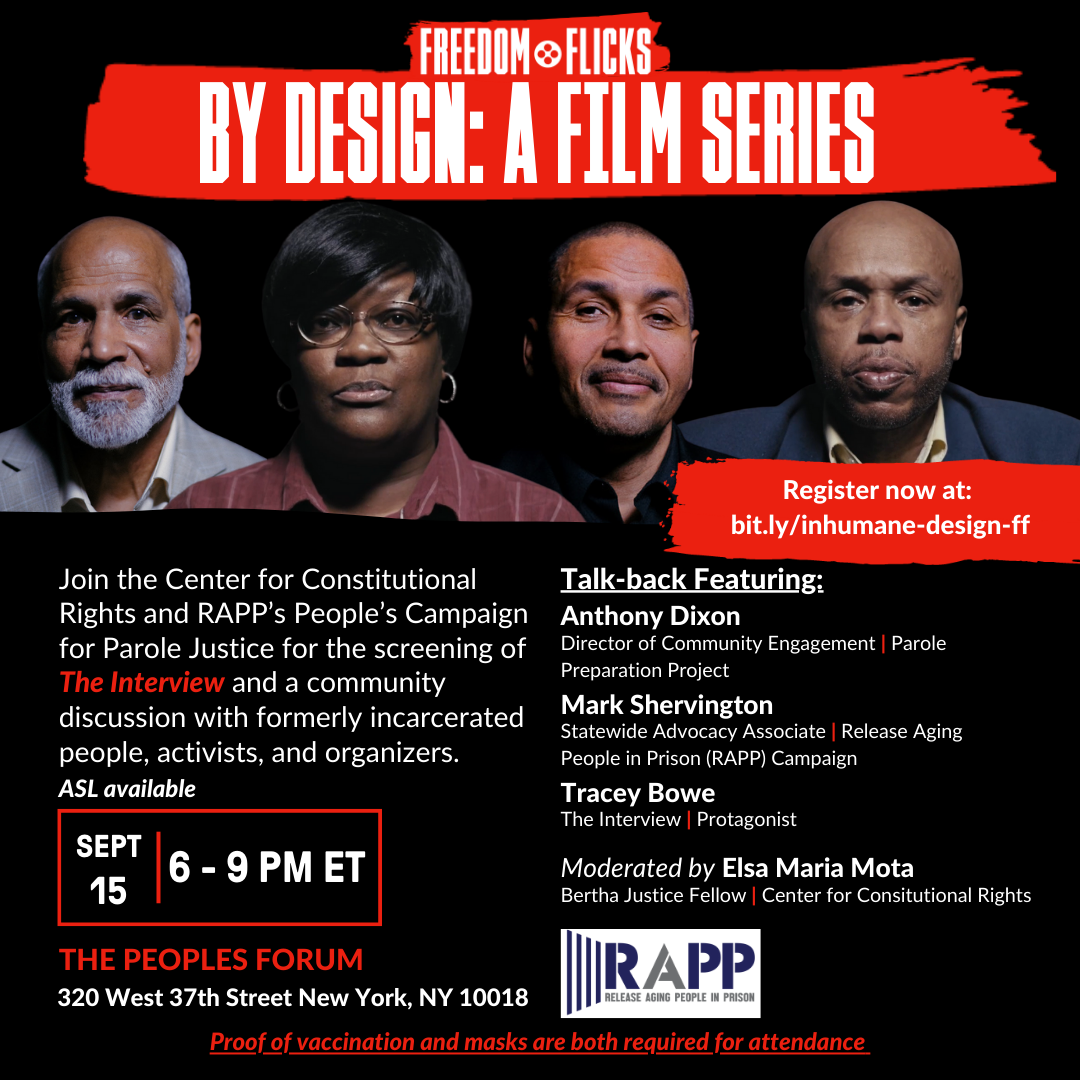 In “The Interview,” directed by Jon Miller and Zach Russo, formerly incarcerated people describe what it’s like to attempt to convince a group of strangers that they are more than the worst thing they ever did. The filmmakers give us a glimpse into the struggles of those battling the New York parole commission.

Following the screening, Elsa Maria Mota will moderate a brief panel with Anthony Dixon, Mark Shervington, and Tracey Bowe, about working to transform the parole process in New York State and the People’s Campaign to pass a package of legislative bills - Elder Parole and Fair and Timely Parole.

For those joining us in person, the panel will then open up to a circle discussion inviting the community to join the growing movement to end the harms of the criminal legal system and to imagine a future of justice and healing.

The screening and community discussion of The Interview marks the closing of our Summer 2022 Season of Freedom Flicks Film Series, “By Design.” The season told a story of a carceral society that is cruel, unjust, and racist, by design. With films exploring the harsh realities of the immigration system and the racist legacy of Jim Crow, audiences were invited to consider the shared roots of these systems of confinement and social control. We hope that in recognizing these oppressive systems as not broken, but rather designed to dehumanize, criminalize and exclude marginalized communities, we will demand an end to these systems and collectively commit to building life-giving institutions of safety for all.