News: We’re going to the Supreme Court tomorrow. Here’s what you need to know.

We're going to the Supreme Court tomorrow. Here's what you need to know.

Tomorrow — October 6 — is argument day in our case Tanzin v. Tanvir! This lawsuit was brought by American Muslims  who were placed or kept on the No-Fly List by the FBI after they refused to spy on their Muslim communities. CLEAR and the law firm Debevoise & Plimpton are our co-counsel in the case, and CUNY School of Law Professor Ramzi Kassem will be arguing.

After the argument, join us at 1 p.m. ET for a virtual press conference with our legal team and clients.

The lengths the federal agents went, to disrupt our clients’ lives, instill fear, and try to coerce them into becoming informants, are harrowing and make their decision to protect their religious communities all the more courageous. Last week, we launched a video of our client Naveed Shinwari explaining why he stood up to the FBI, and today we’re sharing a second video for another client, Muhammad Tanvir. Please watch and share!

The courts have an important role to play in holding federal agents accountable for abuses. The question before the Supreme Court is whether our clients can sue for damages. The case was first filed in 2013, but it is just as relevant today as we see the dramatic expanse of tools that federal agents are deploying to target, suppress, and surveil individuals and movements across the country under the guise of “maintaining security.”

As lead plaintiff Muhammad Tanvir said, “This happened not only to me, but other Muslims. I am fighting for them, and for all Americans.”

Visit our new resource page, where you can find the case page, FAQs, videos, and stories of our clients. We hope you’ll learn more, share, and join the conversation around this important case. 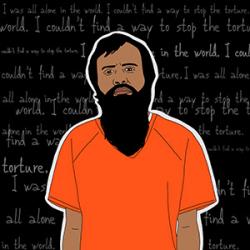 On Tuesday, the U.S. Court of Appeals for the D.C. Circuit ruled that a neutral panel of medical experts — known as a “Mixed Medical Commission” under the laws of war — should examine Mohammed al-Qahtani to determine whether he should be released from Guantánamo and repatriated due to his medical condition. The court dismissed an appeal by the Trump administration that sought to block an order by the district court that the medical examination proceed. Mr. al-Qahtani, who has been detained in U.S. custody since 2002, is the only person imprisoned at Guantánamo whose torture has been formally admitted to by a U.S. government official. The district court ordered that an independent panel of doctors evaluate him, in compliance with the process mandated by the military’s own regulations and the Geneva Conventions for situations where a prisoner is suffering from a severe, lasting medical disability.

“Our client has suffered from schizophrenia since his adolescence. The government has never seriously challenged that conclusion, nor could it,” said Shayana Kadidal, Senior Managing Attorney of the Guantánamo Project at the Center for Constitutional Rights. “The ruling means the military will have to break with its preferred habit of inertia and move this process forward towards a conclusion all parties acknowledge will result in a finding that Mohammed suffers from schizophrenia and should be sent home to a psychiatric facility in Saudi Arabia.”

We must finally end California prisons' unconstitutional use of solitary 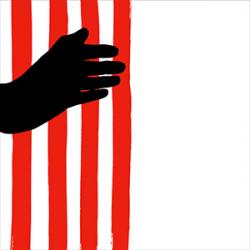 Men who spent decades in solitary confinement in California prisons are charging that the California Department of Corrections and Rehabilitation (CDCR) is violating a landmark settlement agreement and continuing to violate their constitutional rights. They are asking a federal court to extend the judicial monitoring period of the settlement for the second time. The motion filed in our case Ashker v. Governor of California last week argues that, at this point — five years after the agreement was reached — the prisoners are entitled not only to an extension of the monitoring period, but also to remedies for continued violations of their constitutional rights.

In the motion, we propose steps the court should order to ensure an end to ongoing violations, including audio-recording all confidential interviews with prisoners implicating other prisoners in rule violations, imposing an independent monitor, prohibiting the transmission to the parole board of unreliable information about alleged gang affiliation, and implementing additional layers of review and opportunities to appeal certain decisions that result in continued isolation.

Senior Staff Attorney Rachel Meeropol and counsel on the Ashker case explained, “The prisoners’ human rights movement has demanded an end to the use of fabricated and inaccurate confidential information. Until California stops sending people to solitary confinement based on unreliable confidential informants, this case must continue.”

On Thursday, California Governor Gavin Newsom vetoed legislative bill SB1064, which was critical in advancing the right to due process for incarcerated people.

SB1064 would have been an important step towards ending these abuses of confidential information. In light of Governor Newsom’s veto, it is paramount that the courts extend the monitoring period of the settlement agreement, provide specific remedies for ongoing violations of rights, and enforce the settlement agreement to finally end the abuse of confidential information to hold men in solitary confinement.