News: Justice for Breonna Taylor requires the transformation of the society and system that killed her 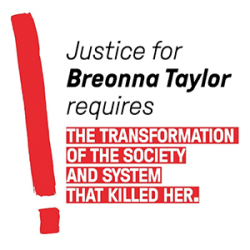 In response to the announcement that only one of the officers involved in the fatal shooting of Breonna Taylor was indicted, and on a wanton endangerment charge that had nothing to do with her murder, we issued the following statement:

The sole indictment announced – not for the murder of Breonna Taylor, but for shots into a neighbor’s apartment – falls dramatically short of any semblance of accountability for the Louisville Metropolitan Police Department. While no charges for the three officers involved in her killing could ever begin to address systemic deadly state violence against Black people, the announcement serves as a reminder that law enforcement and the state are deeply invested in the denial of justice to survivors of such violence. The meager charges announced illuminate the urgent need to uproot systems of anti-Black racism, colonialism, and misogynoir that killed Breonna Taylor and denied her and so many others the possibility of justice.

We alredy know what we'll get with a Trump SCOTUS nominee 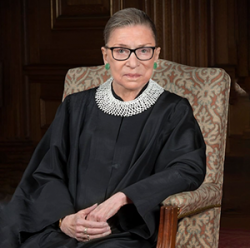 In response to the passing of Supreme Court Justice Ruth Bader Ginsburg, we issued the following statement:

As advocates committed to a movement-based justice mission, we will continue to fight in the courts. But as the courts become a less friendly forum, we will double down on this oppressive system of power just as we did when we worked with Fannie Lou Hamer and the Mississippi Freedom Democratic Party in the 1960s; with reproductive justice advocates in the 1970s; with freedom fighters struggling against repressive governments in Central America in the 1980s; with relatives of murdered activists who were fighting for human rights and environmental justice in Nigeria in the 1990s; with detainees who have been indefinitely confined and tortured at Guantánamo in the 2000s; with Black and Brown New York City residents who were unconstitutionally stopped and frisked in the 2010s; and with transgender Black women for access to healthcare and release from prison today.