Breaking! Fordham University is still trying to silence Students for Justice in Palestine 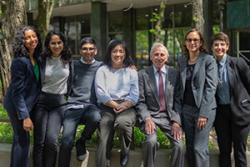 Students asked New York’s Appellate Court Friday to reject an effort by Fordham University to overturn a decision ordering the school to recognize the Students for Justice in Palestine (SJP) club. The students are represented by the Center for Constitutional Rights, Palestine Legal, and cooperating counsel Alan Levine.

“It’s ridiculous to us that our university is still trying to censor us now,” said Veer Shetty, vice president of SJP at Fordham. “We’ve already been active for a year, and appealing the court’s ruling feels especially cruel.”

The original case, Awad, et al. v. Fordham University, stems from a fall 2015 effort by Fordham University students to start a Students for Justice in Palestine club on campus. Administrators dragged out the application process for a year – including multiple meetings, questioning students on their political views, and amendments to SJP’s constitution.

We, along with Palestine Legal and Alan Levine, sued Fordham on behalf of four students in April 2017, winning the case in August 2019 when a New York court annulled Fordham’s decision, mandating that the university recognize SJP as an official club. 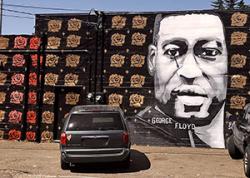 Federal and local law enforcement’s militarized attacks on cities and protesters are symptoms of a rising and desperate authoritarianism from an out-of-control president looking to distract the country from systemic racism, the failing economy, and a brutal pandemic while shoring up his white supremacist base. While Trump is escalating tactics — disappearing people into unmarked vehicles, flying helicopters low over Washington, D.C. like a war zone, flying military planes over Minneapolis and D.C. to collect surveillance — his administration has been laying the foundations and testing the waters for some time. We have only to look to their raids on Sanctuary cities and their brutal immigration detention schemes.

Make no mistake, though, these militarized crackdowns did not begin with Trump: we have allowed the Department of Homeless Security, Immigration and Customs Enforcement, Customs and Border Protection, the FBI, and other federal agencies to claim expanded powers and get away with targeting Muslims, immigrants, and Black Lives Matter activists, and we have failed to hold them accountable.

We applaud Congress for passing the NO BAN Act 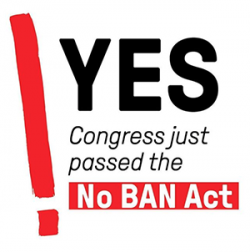 We issued the following statement in response to Wednesday’s vote on the NO BAN Act in Congress:

We commend Congress for passing the NO BAN Act, repealing Trump’s discriminatory Muslim and African Ban. This is a significant rebuke to a hallmark of this administration’s broader war on immigrants. The Muslim Ban is fundamentally discriminatory and should be repealed in its entirety. It was designed to target Muslims and amended to single out African countries. It has had devastating impacts on communities of color. We have seen the impact first-hand from our own clients and witnessed children being separated from their parents and families suffering undue financial and emotional hardship. They have often had to resort to lawsuits and public shaming to get their loved ones’ visas issued...

In support of last week's Strike for Black Lives

As the Strike for Black Lives outlines, “This is a moment to transform our economy and democracy, but until we dismantle racism and white supremacy, we cannot win economic, climate, or immigration justice.” We unequivocally support the demands of the strike: for justice for Black communities, accountability for elected officials at every level to “rewrite and reimagine the rules so that Black communities can thrive,” for corporations to dismantle their racism, white supremacy, and economic exploitation, and for all workers to have the opportunity to form a union. Many people around the country walked out, joined actions, took a knee, or remained silent for eight minutes and forty-six seconds. We support them, we honor them, and we will continue to work together with them and demand concrete action to transform a society that was built and enriched on the backs of enslaved Black people. Onward, and until Black liberation.

Learn more about Strike for Black Lives on their website.