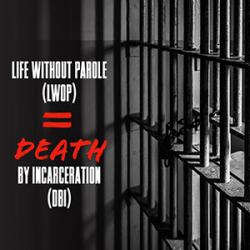 People in Pennsylvania serving death-by-incarceration sentences (commonly known as “life without parole”) filed a lawsuit Wednesday challenging the state’s prohibition on parole eligibility for those serving life sentences after convictions under the felony murder rule. In Pennsylvania, people convicted under that rule are mandatorily sentenced to life imprisonment, even though they did not take a life, or did not intend to take a life in the course of the crime. A separate provision of the law prohibits parole eligibility for any individual serving life. This lawsuit, Scott v. Pennsylvania Board of Probation and Parole, which we filed with the Abolitionist Law Center and Amistad Law Project, is the first challenge of its kind in the country. We argue that mandatory life without parole sentences for those who did not kill or did not intend to kill are unconstitutionally cruel. We’re joining a movement of advocates currently and formerly incarcerated in referring to life without parole as death by incarceration.

The complaint is on behalf of six plaintiffs serving death by incarceration sentences after being convicted of felony murder in their late teens or early 20s. They have all spent between 23 and 47 years in prison. Despite their sentences, none caused or intended the death of the victim.

Learn more about this historic filing on our website. 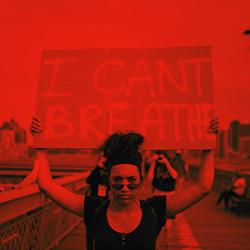 Last week, the United States District Court for the Southern District of New York issued a ruling regarding an emergency motion and supplemental submission filed by the Center for Constitutional Rights, the law firm of Beldock, Levine, & Hoffman, the NAACP Legal Defense and Educational Fund, Inc. (LDF), and The Legal Aid Society. These measures sought immediate court action in response to the New York City Police Department (NYPD)’s violation of prior court orders prohibiting racial discrimination against Black and Latinx New Yorkers. The court’s decision, in Floyd v. City of New York and Davis v. City of New York, permits the NYPD to continue discriminatory enforcement of social distancing orders unabated, which has been widely criticized.

“We are disappointed that when faced with evidence of racially discriminatory and violent police behavior that it acknowledged was covered by its prior orders in this case, the court chose to take no action to stop it," said Senior Staff Attorney Darius Charney.

Anti-BDS lawsuit should be dismissed as SLAPP, academics argue

On Tuesday, academics who were sued over the American Studies Association’s (ASA) resolution to boycott Israeli academic institutions asked the D.C. Court of Appeals to reverse a decision that declined to dismiss the claims under a D.C. law prohibiting SLAPP suits, or Strategic Lawsuits Against Public Participation. Among those appealing is Dr. Steven Salaita, an outspoken advocate for Palestinian rights, who is represented by the Center for Constitutional Rights in Bronner v. Duggan. Salaita was sued for the ASA’s decision to participate in the boycott despite having not joined the ASA board until two years after the vote. The trial court dismissed many of the claims but declined to dismiss those and others under the D.C. anti-SLAPP law, even though it found that plaintiffs’ claims arose from advocacy on an issue of public interest. Salaita and other defendants asked the appellate court to reverse that ruling.

“I'm hopeful that the Court of Appeals will affirm what we've known all along: that the purpose of this lawsuit was to harass us merely for exercising our rights of speech and expression,” said Steven Salaita. “I look forward to continuing the work of seeking justice and equality for all people in the Middle East.”

UN Report on corruption warns of corporate capture in the U.S.

On Thursday, the United Nations Working Group on Business and Human Rights held an interactive dialogue to present a report on the issue of human rights and transnational corporations to the 44th session of the Human Rights Council. In the report, they highlight how corporations “exercise undue influence on legislative and regulatory processes to advocate for policy that undermines respect for human rights,” making reference to our ongoing work combatting corporate capture. When corporations and their representatives work with lawmakers they have influence over to privately draft legislation, the result is laws and policies that benefit corporations, often at the expense of the rights of Black and Brown communities, women, LGBTQIA+ folks, low-income communities, and the well-being of the environment. This was well documented in our December 2019 report, ALEC Attacks. into the activities of the American Legislative Exchange Council (ALEC) and subsequent litigation, Puente, et al. v. Arizona State Legislature, we filed against lawmakers collaborating with ALEC in Arizona. We applaud the UN Working Group for incorporating analysis of corporate capture into their report to the Human Rights Council.

The report can be read on the Office of the United Nations High Commissioner for Human Rights website. Learn more about our corporate capture work on our website. 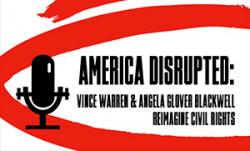 What is necessary to reimagine civil rights in America? Our Executive Director Vincent Warren and PolicyLink's Founder in Residence Angela Glover Blackwell are in conversation about what equity looks like in this moment in a special joint, cross-promoted edition of “The Activist Files” and “Radical Imagination,” the organization’s respective podcasts.

Using the pandemic within a pandemic framework, Vince and Angela discuss COVID-19 and the need for police divestment. They offer deep reasoning for a call for radical ideas and solutions because to reimagine civil rights requires a fundamental disruption of our nation’s foundation, from the Black/white paradigm and anti-Blackness to the colonially-based power grab of social control to the killing of Black people.