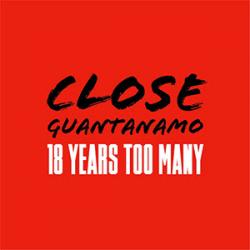 Almost two decades after Algerian citizen Djamel Ameziane was detained and sent to the Guantánamo Bay detention center, the Inter-American Commission on Human Rights (IACHR) issued its report in Mr. Ameziane’s longstanding case. The report, publicly released by the Commission last week, determines the United States is responsible for Mr. Ameziane’s torture, abuse, and decade-long confinement without charge, and issues a series of recommendations.

This is the first decision ever made by a major regional human rights body regarding the human rights violations committed at Guantánamo and marks a historic victory affirming the right to judicial reparations for Mr. Ameziane and others who have been detained there.

“I was tortured for more than a decade at Guantánamo, and still suffer from the trauma of my horrible experience. The Commission’s decision is a significant step towards reparations for me and for other Muslim men and boys who were unjustly detained and abused in Guantánamo Bay during the dark days of the ‘War on Terror.’ I urge the United States to honor the Commission's recommendations, acknowledge the serious harms that we suffered, and close the prison camp. Guantánamo Bay must end. I am especially concerned about my fellow Algerian, Sufyian Barhoumi, who has been cleared for transfer for many years but continues to be held indefinitely. Sufyian, we have not forgotten you, and pray for your safe return home,” said Mr. Ameziane.

Learn more about Mr. Ameziane and this landmark decision on our website. While there, you can also head to this resource on our work advocating on behalf of our clients before the IACHR.

The coronavirus outbreak threatens the lives of people in Louisiana prisons. We’re suing for their immediate release.

"I don't have any charges that would expose me to the death sentence, so I ask … why is the system putting my life on the line?" — Clifton Belton, lead plaintiff in Belton v. Gautreaux

On Wednesday, the Center for Constitutional Rights, Advancement Project National Office, The Fair Fight Initiative, Hogan Lovells LLP, and local civil rights attorneys filed a federal lawsuit calling for the immediate release of people inside East Baton Rouge Parish Prison, where parish officials are risking the lives of everyone inside and the community at large because of their failure to respond to the threat of COVID-19. Naming the City of Baton Rouge, the sheriff, and the warden, we argue that East Baton Rouge Parish officials are violating the constitutional rights of people in the jail by exposing them to risk of infection, illness, and death during the coronavirus pandemic.

“Prisons are inherently brutal, dehumanizing places of state control and violence; the East Baton Rouge Prison is particularly notorious for its dangerousness and decrepit conditions,” said Legal Director Baher Azmy. “For Black people, Louisiana is the incarceration capital, so it is hard to imagine things could get worse for individuals detained there, but defendants’ reckless attitude to the spread of COVID-19 takes the jail across the line from dangerous to deadly.”

For more background on the prison and organizing efforts, and to read the stories of the plaintiffs in this case, visit our resource page.

81 percent of NYPD summonses for social distancing violations were issued to Black and Latinx people. We asked the court to step in. 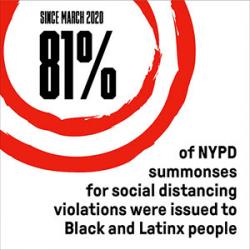 Since March, 81 percent of NYPD summonses for social distancing violations were issued to Black and Latinx people. Many of these situations involved pretextual stops, escalation, violence, and retaliation. As in our class action lawsuit that challenged the NYPD’s stop-and-frisk practices, Floyd v. City of New York, where approximately 85 percent of those stopped were Black and Latinx, these tactics violate the Fourth and Fourteenth Amendments, but also represent the most invasive methods at the police department’s disposal.

On Tuesday, the attorneys behind two of the three landmark class action lawsuits that challenged the NYPD’s stop-and-frisk and trespass enforcement practices as racially discriminatory and unconstitutional (Floyd v. City of New York and Davis v. City of New York) filed a motion against the City of New York asking the court to direct Peter Zimroth, the court-appointed monitor in the stop-and-frisk cases, to conduct an investigation into the NYPD's social-distancing enforcement practices and report his findings to the parties, the court, and the public.

In response to the killing of another unarmed Black man at the hands of police, our executive director, Vince Warren, issued the following statement:

George Floyd should be alive today.

Instead, George Floyd is dead.

With a knee on his neck for roughly 10 minutes, a handcuffed George Floyd  begged for his life, while bystanders screamed for mercy. He was murdered by a Minneapolis police officer in broad daylight.

From the blog: Anti-Black violence during a pandemic is a double crisis in a dire moment 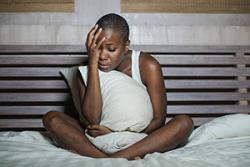 The latest on our blog comes from Communications Assistant Alex Webster, who writes about the recent string of anti-Black violence amid a public health crisis. They reflect on the intersectional implications of this violence, calling for police and prison abolition, and urging us to center Black — particularly trans and gender non-conforming — healing in a time of COVID and beyond. They write:

[As] we are all glued to our screens yearning for a light at the end of the tunnel of these “unprecedented times,” the same channels upon which we rely for critical updates on the public health outbreak are a minefield of collective trauma for Black folk. While we suffer the entirely preventable passing of loved ones at disproportionate rates, the incessant airing of Black bodies brutalized in the streets makes death feel inescapable. These lynchings of modern design are featured on loop by media outlets and shared, retweeted, and blogged across social media for public consumption, reinvoking generational traumas. We are faced with dueling disasters: a mortal threat to our physical wellbeing atop countless traumas to the psyche. This is not without precedent, but the moment is unique in that everywhere we look we are reminded of our disposability.

As many colleagues have already stated, the pandemic has cast the country under a blacklight, laying bare enduring structural inequities. It has exposed the true nature of white supremacy: It is not the shark lurking in the deep, but the water itself — and more than ever we are drowning in it. So long as we exist in a country that devalues Black lives, and where the smog of racism, misogyny, ableism, and queerphobia poisons the very air we breathe, we will continue to see violence enacted on our bodies with utter impunity at staggering rates. ...

Continue reading on our blog.

“The Activist Files” Podcast: Confinement with coronavirus — immigrant detention should not be a death sentence

How is the COVID-19 pandemic affecting the work of those fighting against abusive immigration practices? That’s what our Senior Staff Attorney Ghita Schwarz and Bertha Justice Fellow Lupe Aguirre discuss in the 26th episode of “The Activist Files.”

Ghita and Lupe talk about the injustices and inhumanity of the immigration detention system, particularly the conditions immigrants are experiencing during the pandemic, examine the economics that come into play when rural Southern towns rely on detention centers to support the local economy, and highlight the advocacy around the #FreeThemAll campaign.