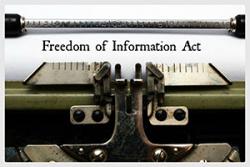 Amid a week of action led by a collective of immigrants taking sanctuary across the U.S., Austin Sanctuary Network, Free Migration Project, Grassroots Leadership, and the Center for Constitutional Rights filed a Freedom of Information Act (FOIA) lawsuit Wednesday seeking answers about how the Trump administration targeted sanctuary leaders with six-figure fines.

In the summer of 2019, a number of high-profile activists in sanctuary — all women who fled persecution in their countries of origin — were notified of ICE’s intent to seek hundreds of thousands of dollars in fines from each of them. These notices were abruptly withdrawn, only to be re-issued several months later. The FOIA sought documents concerning this unprecedented spate of civil fines against people who have chosen to take sanctuary while pursuing their legal remedies to remain in the U.S.

“It is so painful to have to continue to endure attacks from ICE when all I want is to be free. These fines couldn’t have been anything other than retaliation for the love and support that I have received from my community here in Austin, TX,” said Hilda Ramirez, an activist and leader of Austin Sanctuary Network who has lived in sanctuary in an Austin church since 2016.

Join us TODAY at oral arguments in Make the Road v. Cuccinelli 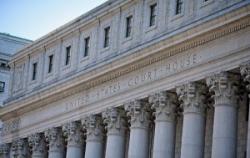 Join the Center for Constitutional Rights, The Legal Aid Society, and Paul, Weiss, Rifkind, Wharton & Garrison LLP in the Second Circuit Court of Appeals for our case, TODAY from 10-11 a.m. at 40 Foley Square as we present oral argument on the Trump administration’s appeal of the preliminary injunction we were granted in our case Make the Road New York v. Cuccinelli.

In the case, we claim violations of the Administrative Procedure Act's prohibition on arbitrary and capricious rulemaking, and allege that the "inadmissibility on Public Charge grounds" rule is contrary to the Immigration and Nationality Act, the Rehabilitation Act, and the Fifth Amendment's Equal Protection principles. It is part of our tradition of fighting for immigrants' rights and economic justice.

For more information about MRNY v. Cuccinelli, visit the case page on our website.

Join us and CUNY CLEAR for a panel discussion ahead of Supreme Court arguments in Tanzin v. Tanvir, our case brought on behalf of American Muslims who were placed or kept on the No-Fly List by the FBI for refusing to spy on their communities.

While the No-Fly List is known for its lack of transparency — making it ripe for abuse — it is just one of many coercive tools that law enforcement uses. Extensive surveillance of religious and community spaces, aggressive informant recruitment, and holds on immigration status and other benefits are also used to target and intimidate Muslims and other communities into spying.

Panelists will share how they are using the law, advocacy, and community awareness to fight back, draw attention to these practices, and demand accountability for law enforcement’s abuse of power.

This event will take place in the Auditorium at CUNY Law School, 2 Court Square, Long Island City, NY 11101. Doors will open at 6 p.m., and the program will begin at 6:30 p.m. Dinner will be served.

Save the date: The Social Justice Throwdown is BACK. 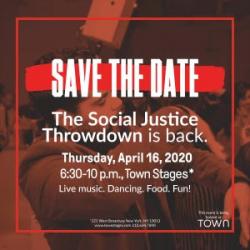 Mark your calendars for our signature community event! We'll be celebrating our movement partners, uplifting our freedom dreams, and throwing down, together. Dancing. Live music. Food. Fun. We look forward to seeing you there!