News: Muslims put on No-Fly List by FBI agents as a coercion tactic are asking SCOTUS to allow lawsuit to go forward 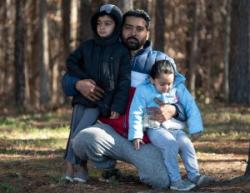 On Wednesday, Muslim men who were placed or kept on the No-Fly List in retaliation for refusing to spy on their communities for the FBI urged the Supreme Court to affirm a ruling that they may sue FBI agents for attempting to coerce the men into becoming informants. The Court will consider whether the Religious Freedom Restoration Act (RFRA) allows the men to sue agents for damages for the harm the men suffered as a result of being on the list. RFRA already allows for injunctive relief.

“No one should be harassed and forced to spy on their religious community. The FBI agents knew I was vulnerable and that I needed to fly to see my family,” said Muhammad Tanvir, the lead plaintiff. “This kind of harassment shouldn’t go unaccounted for — I am continuing in this fight because I want to make sure that others don’t go through what I went through.”

The Supreme Court will hear the case on March 24, 2020. Learn more about this historic case on our website. 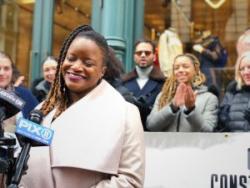 Staff Attorney Chinyere Ezie announced Wednesday she had reached an agreement with the luxury fashion house Prada over the brand’s advertising and sale of products featuring blackface imagery. Ezie voiced her surprise and concern about the “Pradamalia” blackface line on Facebook in December 2018 after encountering the products in the window of Prada’s flagship SoHo store. The post quickly went viral and led to the fashion company pulling the items from its shelves. Ezie later filed a complaint with the New York City Human Rights Commission over the racist imagery, which resulted in the agreement announced today.

“When I spoke out about Prada’s blackface line one year ago, I feared that racism in fashion was just a bitter pill we collectively had to swallow,” said Ezie. "Now I know that speaking truth to power can lead to meaningful change.”

The terms of the agreement, which can be read on our website, order the creation of a first-ever scholarship and paid internship program at Prada, racial equity training and training on equal employment opportunity laws for Prada employees, including executives in New York City and Milan, and the appointment of a permanent diversity officer, among other terms.