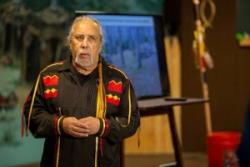 “Mr. Powers raised the same issues a court already considered and rejected after a full trial. Filing yet another lawsuit seeking to infringe on the Ramapough’s right to religious practice was pure harassment. The court was right to dismiss the case and prohibit Powers from filing again,” said Bertha Justice Fellow Brittany Thomas, who argued. 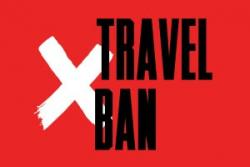 On Friday, the Trump administration announced that it has expanded its travel ban to six additional countries (Nigeria, Eritrea, Myanmar Kyrgyzstan for all immigrant visas, and Sudan, Tanzania from the diversity visa lottery program).

Trump is marking the anniversary of his first unlawful, discriminatory act as president — the Muslim Ban — with an expansion of that Ban to even more countries. With that, he’s sending a message that the xenophobic platform that he ran on is one that he will continue to deliver on regardless of legal and human consequences. But the Muslim Ban was unlawful then, and it remains unlawful now. We will continue to fight alongside communities, as we have been.

This New Muslim Ban makes it clear: separating families and peddling white supremacy are this administration’s preferred modes of dividing this country. Once again, most of the countries Trump added today are Muslim or have substantial Muslim populations. They also include Nigeria, Africa’s most populous nation. From Trump’s earliest days in office — from vitriol on the campaign trail, to collective detention at Guantánamo, to mass visa denials for immigrants from specific countries — Muslims have been a consistently targeted group. Coupled with the targeting of immigrants and asylum seekers at the U.S. Southern border, new powers to block pregnant people from visiting that reek of misogyny, and Trump’s rapidly spreading immigration wealth test, this administration’s key immigration goal is this: to end all non-white immigration to the United States. 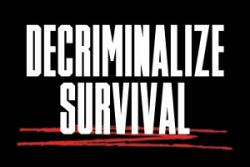 A full copy of the report can be found at on DecrimNY’s website.

Join us at "Community as Classroom: Reparations & Building Coalitions"

On Saturday, February 8, 2020, join Bertha Justice Fellow Brittany Thomas in a discourse around reparations and how we might build a coalition across nations and cultural spheres to have our justice claim fully addressed.  The discussion is a part of the Weeksville Heritage Center's celebration of Black History Month. Joining Brittany will be representatives from National Coalition of Blacks for Reparations in America (N’COBRA), National African American Reparations Commission (NAARC), Regional Council for Africans in the Americas (RCAA), scholars, and artists. The audience will engage in a Story Circle led by Ebony Noelle Golden, Founder and CEO of Betty’s Daughter’s Art Collaborative.

For more information of the exciting full day of activities and to register, visit the event page.

As an organization that stands with social movements and communities resisting oppression, we know that change is possible when artists, storytellers, and lawyers dream together. This Black History Month, we celebrate the extraordinary Black artists, storytellers, and lawyers who have challenged the world we have and helped us imagine the world we want to see. We are proud to highlight this special group of creatives, allies, and movement partners who are using their tremendous gifts to advocate for racial justice, human rights, and social and political transformation.

Join us as Center for Constitutional Rights Executive Director Vincent Warren is honored at the Association of Black Law Students' annual flagship gala, Jazz for Justice. Every year the legal community is invited to come and celebrate with Rutgers Law students, alumni, faculty, and community partners in an evening full of jazz, art, and food.

For more information and to purchase tickets, visit the eventbrite page.