The Israeli court's decision to allow the deportation of human rights defender Omar Shakir because of his advocacy and support for human rights in Israel and Palestine is outrageous, but not shocking. The Israeli government, and now the courts, have increased their attacks on human rights advocates in the hope of silencing criticism of the country's human rights record. But each time advocates for Palestinian rights are silenced or punished, it instead draws more attention to—and multiplies—Israel’s long list of human rights violations. We stand in solidarity with Shakir, Human Rights Watch, and the many other human rights defenders – Palestinian, Israeli, and from around the world – standing up for justice in Palestine. 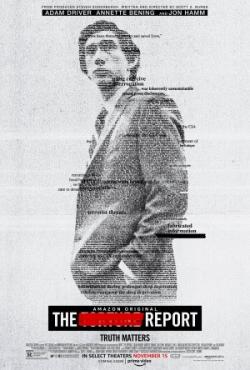 The feature length film The Report will make its theatrical release Friday in theaters across the country. Revolving around the true story of the CIA’s shadowy interrogation and detention program following the 9/11 attacks, the docudrama follows senate investigator Daniel J. Jones (Adam Driver) and Senator Dianne Feinstein (Annette Bening), whose search for truth and accountability for the CIA’s role in the torture and abuse of detainees, and in the cover-up, put them at odds with the powers that be in Washington.

Last week, we partnered with Amnesty International to host a screening of The Report, featuring a talkback with the film’s director, Scott Z. Burns, and subject of the film, investigator Daniel J. Jones. “When the film is over, the story is not,” said Advocacy Program Manager Aliya Hussain, during her introduction of the film. “[Our] job is about making sure the men in Guantánamo are not forgotten.” Victims continue to languish at Guantánamo where they have been imprisoned for more than a decade, including our clients, Majid Khan, Guled Hassan Duran, and Sharqawi Al Hajj.

While The Report brings this crucial topic back into the public eye, it is important to note that to date no high-level officials have been held accountable for these crimes. Long after the film leaves theaters, we will continue to demand accountability and pursue redress for our clients — in federal court, the Guantánamo military commissions, the International Criminal Court, and countries abroad.

This has been an exciting year for the Center for Constitutional Rights. As we continue to grow, we’re looking for an experienced and passionate Legal Worker to join us in our fight for justice.

Legal Workers are crucial to the work that we do to support communities fighting oppressive systems, providing administrative, programmatic, and paralegal assistance as part of case/project teams in the Legal Department. They work hand-in-hand with staff attorneys to challenge government and corporate abuses in areas such as immigration, solitary confinement, and racial and religious profiling, and stand with freedom fighters and social movements, including those working to achieve gender justice and LGBTQIA+ rights, Palestinian human rights, and environmental justice.

It's a competitively compensated and exciting opportunity for a proactive individual to work in a dynamic, values-driven, and innovative environment.