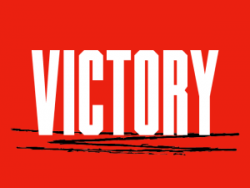 On Friday, a federal judge blocked the Trump administration’s new “public charge” rule, which was scheduled to go into effect tomorrow, October 15, 2019. The rule would have radically transformed the test for determining whether someone might become a “public charge” and imposed an unprecedented wealth test on noncitizens seeking family-based adjustment of status. Friday's order issuing a preliminary injunction — the first to be granted nationwide on this issue — blocks the regulation and related application forms from taking effect until a final decision is reached in the litigation. Crucially, any benefits received while the injunction is pending cannot be used against individuals applying for adjustment of status.

The decision “stops the implementation of this arbitrary and discriminatory rule, which targets immigrants with medical conditions and low-income immigrants of color,” said GhitaSchwarz, Senior Staff Attorney at the Center for Constitutional Rights. “The court rightly recognized that the rule flouts the law and cannot be enforced anywhere in the United States.” 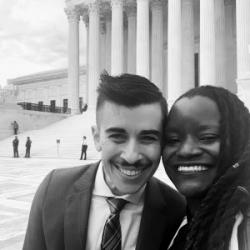 The Supreme Court heard oral argumentsTuesday in three key cases that will decide if LGBTQ people are protected under Title VII of the Civil Rights Act of 1964, which prohibits discrimination on the basis of sex and other grounds.

During oral arguments, some Justices emphasized that the role of the courts and civil rights laws was to prevent invidious discrimination and remove barriers used to exclude certain groups from fully participating in society. Counsel agreed, pointing out there is no transgender exclusion to Title VII or civil rights laws.

“The Trump administration has made a mockery of this nation’s civil rights laws by turning its back on LGBTQ people in the workplace,” said Chinyere Ezie, staff attorney at the Center for Constitutional Rights. “There is no LGBTQ carve-out to generally applicable civil rights laws. Therefore, we urge the Supreme Court to affirm the rights of LGBTQ people to live and work free from invidious discrimination.”

Five appellate courts have already ruled that anti-transgender discrimination is prohibited sex discrimination, and the Supreme Court is expected to hand down their decision in summer 2020.

TOMORROW: Reparations are owed. Join us in conversation.

The Center for Constitutional Rights and Race Forward present a necessary discussion and call to action on reparations: “Towards Reparations: An Evening on Repair and Historical Justice.”

Join us tomorrow, Tuesday, October 15, 6-9 p.m. at the Weeksville HeritageCenter for an interactive and immersive evening with scholars, activists, and advocates on our collective obligation and capacity to achieve justice.

Reparations are urgent and possible.

Learn more about the event, panelists, and location on our event page. If you plan to join us, please be sure to RSVP by 10 p.m. this evening.

"The Activist Files": Pushed out - The Anti-Eviction Mapping Project

When technology and data meet storytelling strategies to help communities under threat, initiatives like the Anti-Eviction Mapping Project are born. Our Communications Director Chandra M. Hayslett talks about this important project with photographer Ariana Faye Allensworth and map maker and interactive media developer Sam Raby on the 19th episode of “The Activist Files.”

Ariana and Sam provide an overview of the Anti-Eviction Mapping Project, explain how the Ellis Act has impacted evictions in California, and the role oralhistory plays in the project. Ariana is a Laundromat Project fellow and she shares highlights on producing “Staying Power: A Youth Participatory Action Research Project”  that combines photovoice and oral history interviews to examine New York City Housing Authority histories through the lens of longtime residents.

Give it a listen on our website or wherever you listen to podcasts.

Freedom Flicks: Between War and the Ban 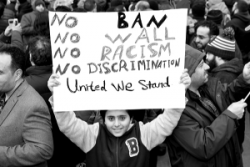 Join us for for a discussion and screening of the Emmy-nominated news documentary, Between War and the Ban: A Yemeni-American Story. The film examines the devastating impact of Trump’s Muslim Ban on Yemeni-American families stranded in Djibouti and unable to reunite with their spouses and children in the U.S.

From the chaos and protests at airports in early 2017 to Supreme Court decisions that have upheld xenophobic and racist policies, we will hear from lawyers, storytellers, activists, and Yemeni-Americans impacted by the Ban about their experiences challenging the policy, including exposing the waiver process as a sham, and the work necessary to build solidarity within and across movements.

Doors will open at 6 p.m. and the program will begin in the auditorium at 6:30 p.m. The film is 25 minutes and will be followed by a panel discussion. Dinner will be served. This event is free and open to the public. RSVP on our website.