News: Call to action: Tell the Supreme Court to defend the rights of LGBTQ workers

Call to action: Tell the Supreme Court to defend the rights of LGBTQ workers 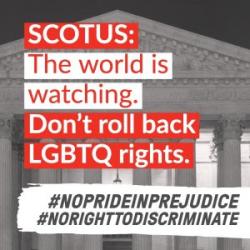 Tomorrow, the Supreme Court will hear cases to decide whether LGBTQ people are protected from discrimination under existing civil rights laws.

In June, we filed an amicus brief with the Transgender Law Center highlighting the stories of 30 transgender individuals who have experienced discrimination in the workplace because of who they are, including prominent transgender rights activist and Stonewall veteran Miss Major Griffin-Gracy.

Now, we’re asking you to act. Change your Facebook profile picture to this picture frame. Post on Twitter, Facebook, and Instagram using our graphics and messaging to draw attention to what will be one of the biggest LGBTQ cases to reach the Supreme Court.

Could new evidence in the murder of Jamal Khashoggi clear the life sentence of a Muslim American torture survivor?

On Wednesday, we asked a federal court to vacate the conviction and life-without-parole sentence of Ahmed Abu Ali in light of new evidence stemming from the Saudi government’s cover-up of the torture and murder of Washington Post journalist Jamal Khashoggi.

In 2003, when Mr. Abu Ali was a 22-year-old university student, he was detained by officers of the Mabahith, a secret domestic police agency in Saudi Arabia – the same agency involved in the murder and cover-up of Khashoggi. During interrogations by the agency, Abu Ali “confessed” under torture to involvement in a Saudi Al Qaeda cell, which later served as the basis for his U.S. prosecution. At Abu Ali’s trial, the government’s chief witnesses attesting to the voluntariness of his statements were his Mabahith jailors and interrogators, who denied that he was tortured or that they ever torture.

We filed a motion that alleges fraud on the court by the Saudi government, and argues that the U.S. government relied on fraudulent testimony in violation of Mr. Abu Ali’s due process rights.

Victims of U.S. torture and indefinite detention file an appeal to ICC ruling 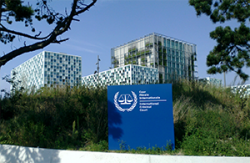 Last week, victims of U.S. torture appealed the International Criminal Court’s (ICC) rejection of the ICC Prosecutor’s request to open an investigation into alleged crimes in and related to the armed conflict in Afghanistan, including those of U.S. officials through the Bush-era torture program. The court has never before rejected a prosecutor’s request to open an investigation. The ruling prolongs the impunity U.S. political leaders, CIA officials, and private contractors have enjoyed for far too long. It followed a hostile campaign led by the Trump administration, including the administration revoking the visa of the ICC Prosecutor, threatening the visas of other ICC staff members, and promising economic sanctions. We serve as legal representative in the proceedings for two men who remain detained at Guantánamo – Guled Hassan Duran and Sharqawi Al Hajj.

“The Pre-Trial Chamber’s unprecedented decision effectively blocks any investigation into torture and other serious crimes committed during the Bush administration,” said Katherine Gallagher, senior staff attorney at the Center for Constitutional Rights. “The Appeals Chamber must make clear that the ICC won’t be bullied.”

The Appeals Chamber has set a hearing in The Hague for December 4-6, 2019. Katherine Gallagher will be there to argue that the investigation should be authorized without further delay. 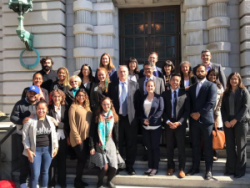 On Tuesday, the Ninth Circuit heard arguments on two border-related cases: East Bay Sanctuary v. Trump – commonly referred to as the “Asylum Ban” – and Innovation Law Lab v. McAleenan, which challenges the “Remain in Mexico” policy. Both policies have contributed to a worsening humanitarian crisis at the Southern Border. This fact was not lost on the panel, which questioned the government’s strained arguments, seeming to suggest that the government was returning asylum seekers to face persecution and torture, a violation of international law.

“These two cases, in addition to Al Otro Lado and East Bay II, represent some of the most egregious instances of government misconduct at the border. We are hopeful that the Ninth Circuit recognizes the dire situation that the government has created, cultivated, and exacerbated, and accordingly holds the Trump Administration accountable for its cruelty,” said Staff Attorney Angelo Guisado who is one of the attorneys in East Bay Sanctuary v. Trump.

Learn more about our immigration cases on our website.