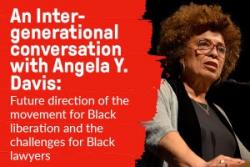 Join us for what promises to be an eye-opening conversation with the renowned Dr. Angela Y. Davis TONIGHT at Riverside Church in New York. Please arrive at least 30 minutes early to ensure entry.

Learn more on our event page.

From 1945 to 1956, in what has been called the off-shore companion to the Tuskegee Syphilis Study, American doctors and researchers carried out non-consensual medical experiments on unsuspecting Guatemalans. In the process, they infected hundreds with syphilis and other STDs, causing profoundly harmful effects. The experiments were kept largely under wraps until 2010 when records of the experiments resurfaced. In April 2015, 774 plaintiffs launched a case against Johns Hopkins University, The Rockefeller Foundation, and Bristol-Myers Squibb for the entities' roles in the experiments.

On Wednesday, we filed an amicus brief in support of Guatemalans and their families who were subjected to medical experiments. Our brief to the Fourth Circuit argues that the Supreme Court’s judgments in a recent case involving the Alien Tort Statute (Jesner, et al. v. Arab Bank) in no way precludes holding U.S. corporations accountable for international law violations, like the ones in this case.

Learn more about the case and read the brief on our website. 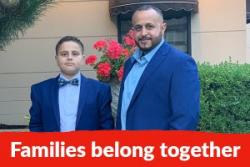 Tomorrow, Congress will be holding its first hearing on Trump’s Muslim Ban. This will be a critical opportunity for individuals impacted by the Ban to share their stories with members of Congress, and allies will be on the ground in D.C. with a series of actions to demand that we #RepealtheBan. Join our partners at a community storytelling event at 8 a.m., and then pack the room for the hearing, which begins at 10 a.m. Find more details on the Facebook event page and on the No Muslim Ban Ever website. You can also stream the hearing live online.

Since the Ban went into effect, we have worked closely with Yemeni-American families to shine a light on their experiences, and assist where we can. We have taken two trips to Djibouti to meet with stranded individuals, filed two lawsuits – Alobahy v. Trump & Dobashi v. Trump – on behalf of a total of 16 families, published a report which was cited by Justice Breyer in his dissenting opinion, and done extensive work with the media highlighting the impacts of the ban on families.

Our advocacy has succeeded in reuniting many families, but our work will continue until we #RepealTheBan and all families can be together.

Photo: Our client, Tufaic Mohamed Nagi, who is a plaintiff in Dobashi v. Trump.

On Friday, we joined Austin Sanctuary Network, Free Migration Project, and Grassroots Leadership in filing a Freedom of Information Act request to demand records from the Trump Administration on a recent spate of exorbitant civil fines against people who have chosen to take sanctuary while pursuing their legal remedies to remain in the U.S.

This past summer, an unknown number of people in sanctuary started receiving notices for “failure to depart” in which the Department of Homeland Security’s (DHS) expressed intent to fine them within a matter of weeks to the tune of hundreds of thousands of dollars. DHS cited a seldom-used provision of the Immigration and Nationality Act to levy the fines.

We are proud to stand with immigrant communities in exposing the administration’s cruel and outrageous policies, including the fining of those who have chosen to take sanctuary.

This FOIA is part of our Open Records Project. Learn more about the case on our website. 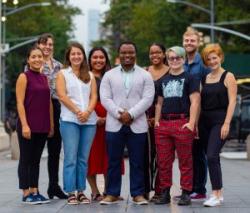 Since 1987, we've had the pleasure of training the next generation of social justice lawyers through the Ella Baker Summer Internship Program, created to honor the legacy of Ella Baker, a hero of the civil rights movement.

Through our program, interns gain practical experience and theoretical knowledge of the relationship between social change, organizing, and lawyering. They also become part of a global community of social justice law students and lawyers through our Ella Baker Alumni Network.

Past students have worked on a range of our cases, including, discriminatory policing, immigrants’ rights, international human rights, and gender and LGBTIA+ justice and various advocacy campaigns to experience the opportunities and challenges of doing social justice lawyering.

The deadline for applying as a 2L is October 16. More information for 1L applicants will be coming soon. Learn more and apply on our website.