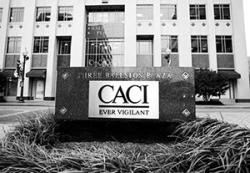 On Friday, in our long running case on behalf of three Iraqi Abu Ghraib torture survivors, Al Shimari, et al. v. CACI Premier Technology, the Fourth Circuit Court of Appeals dismissed the private contractor's latest appeal. CACI previously filed an appeal from the district court's denial of its claim of derivative sovereign immunity, which led to the suspension of the trial date just weeks ahead of trial. We hope that with the dismissal of the appeal, our clients will soon get their day in court.

"A long overdue modicum of justice": Firing Eric Garner's killer is not enough 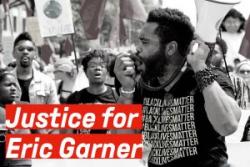 Last Monday, NYPD Commissioner James O'Neill announced that the officer who killed Eric Garner using an illegal chokehold has been fired from the force. The Center for Constitutional Rights responded to the decision:

This is a long overdue modicum of justice for Eric Garner's family, five years after Mr. Garner’s unjust killing. Now the NYPD must hold the other officers involved accountable. Harm – including grave harm – by police officers is not merely a matter of individual bad actors. From a lack of transparency and accountability, to a culture of secrecy and ongoing biased policing, too many of the factors that led to Mr. Garner’s death and the injustice that followed...

Continue reading in our press center. 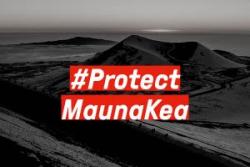 The Center for Constitutional Rights was among 50 human rights organizaitons, academic institutions, and Indigenous groups that signed on to a letter demanding an immediate end to the construction of the Thirty Meter Telescope (TMT) on Mauna Kea – the most culturally and spiritually significant site to Kanaka Maoli (Native Hawaiians).

Mauna Kea is revered as the origin of Hawaiian cosmology and the place to where Kanaka Maoli trace their lineage. It is a place of spiritual connection with one's ancestors – a sacred temple – and building an 18-story telescope atop the mountain would interfere with cultural and religious practices.

Learn more and read the letter on the US Human Rights Network’s website.

The Activist Files: Justice for a historically Black cemetery

In Louisiana, a group of activists are struggling to protect a historically Black cemetery. We spoke to Janice Dickerson and her attorney, Christopher Meeks, about Janice’s great-great-great grandfather and other formerly enslaved people who purchased the Revilletown cemetery in Plaquemine, LA, in 1881.

The chemical company Westlake/Axiall Chemical, which operates adjacent to the cemetery, has built a fence around the property and prevented Janice and other community members from accessing it. They have closed an access road to the cemetery, called the police on visitors, and harassed those who try to visit.

As Janice says, “If this would have been a white graveyard we never would have these problems.”

Listen to the latest The Activist Files episode on our website.