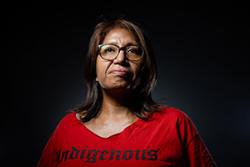 On Wednesday, landowners, community members, environmental justice advocates, and a journalist filed a lawsuit challenging a Louisiana law that makes it a felony punishable by up to five years in prison to be on or even near Louisiana pipelines without permission. Three people who were arrested and charged with felonies under the new law, including Anne White Hat, are among the plaintiffs.

The law defining "critical infrastructure" was recently expanded to include the state's 125,000 miles of pipelines. The overwhelming presence of pipelines is just one of the factors that attorneys say make the law vague and unconstitutional.

"The oil and gas industry pressed this law forward as a means of chilling and discouraging speech and expression in opposition to pipeline projects, but almost anyone can find themselves on the wrong side of this law," said Center for Constitutional Rights Senior Staff Attorney Pamela Spees. "By turning so much of the land in this state into critical infrastructure, the average person can find themselves facing five years in prison for literally just being in the wrong place at the wrong time."

Read the full press release on our website and the White Hat v. Landrycase page.

Activists, academics, and community leaders call for the release of Jalil Muntaqim 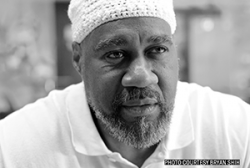 A group of prominent academics, lawyers, and activists published anopen letter calling for the release of political prisoner Jalil Muntaqim, the only remaining Black Panther incarcerated in New York. He was arrested 48 years ago, when he was 19 years old, and his 11th parole hearing is scheduled for September.

Join us for an important opening conversation in a new series called "Urban on Stage with Left Forum" at Parsons New School, on Tuesday May 28th, 6:00 pm.

Center for Constitutional Rights Bertha Justice Fellow Brittany Thomas will be featured in conversation with Marika Dias, Director of the Tenants Rights Coalition, Legal Services NYC as they draw from their experiences as a litigator working in low-income communities of color and a recent law school graduate who was raised by a family who always believed in human rights over civil rights.