Business decisions play an important role in the protection of human rights. In situations of ongoing and grave human rights violations, businesses that claim neutrality serve to uphold the unjust and often deadly status quo. This is as true for Airbnb's continued operations in occupied Palestine as it was for companies that took actions to maintain the structure of Jim Crow in the 1960s. By choosing to list illegal Israeli settlement properties in the occupied West Bank, including East Jerusalem, Airbnb is actively contributing to war crimes and perpetuating historic injustices.

On February 3, 1960, the F.W. Woolworth corporation made an announcement from its corporate headquarters in New York that it would “abide by local custom” in Greensboro, North Carolina, and discriminate against Blacks. The announcement came in response to actions that began two days earlier when four Black students, Joseph McNeil, Franklin McCain, Ezell Blair Jr. (now Jibreel Khazan) and David Richmond, entered the F.W. Woolworth store in Greensboro and asked to be served at the store’s lunch counter. The students were denied service. Undeterred, the students and others returned in the ensuing days, and the sit-in protests began to capture the public’s attention. In response to mounting public attention, the F.W. Woolworth corporation decided that it was in the company’s best interests to uphold a “local custom” in North Carolina, also known as Jim Crow. 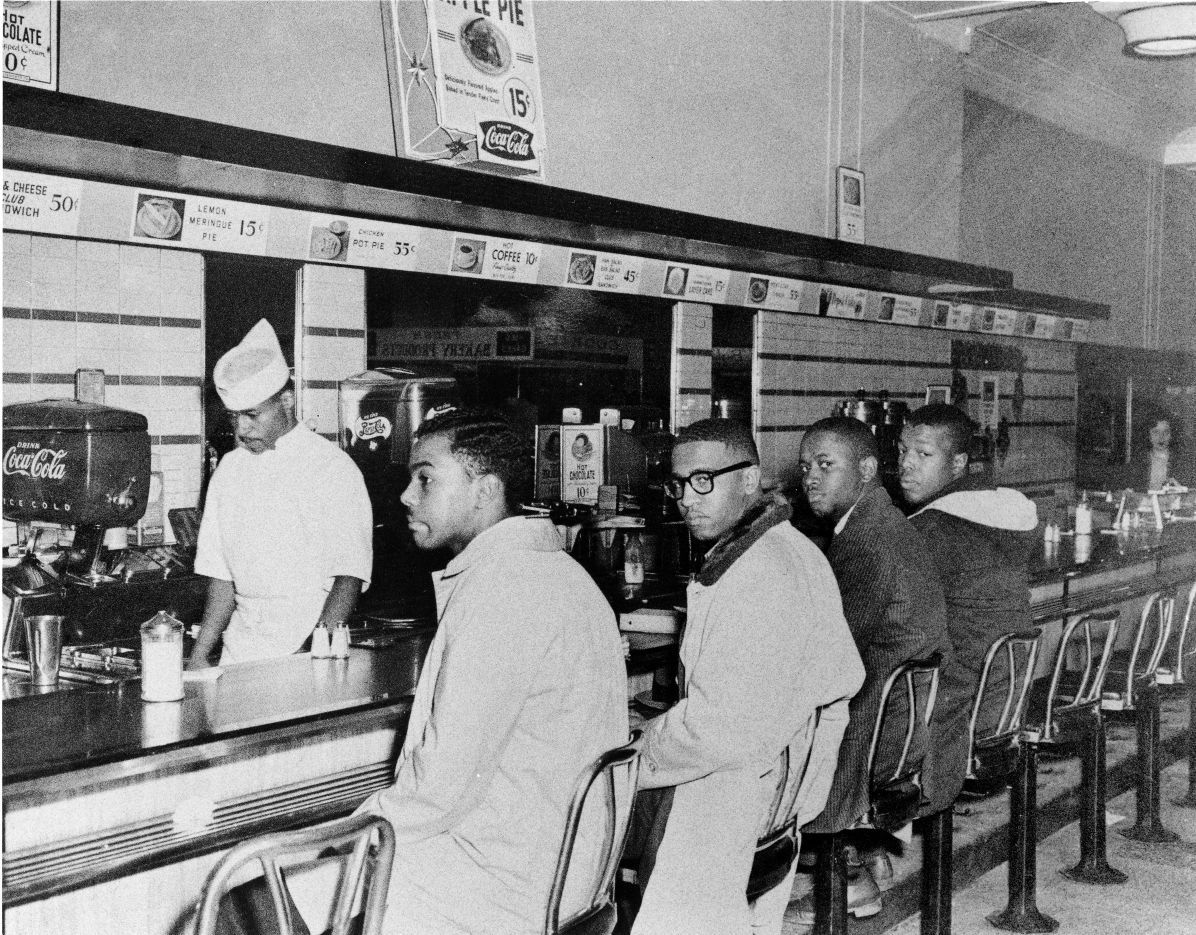 Almost 60 years later, on November 19, 2018, Airbnb announced its intention to de-list approximately 200 properties in Israeli settlements in the occupied West Bank that are “at the core of the dispute between Israelis and Palestinians.”1 Airbnb was immediately met with litigation in U.S. and Israeli courts, as well as other forms of pressure, in order to punish it for its decision. In a matter of months, Airbnb reversed course in exchange for dismissal of the lawsuits. Airbnb stated that: “We understand the complexity of the issue that was addressed in our previous policy announcement, and we will continue to allow listings throughout all of the West Bank.”  The company added that: “Airbnb will take no profits from this activity in the region”.2

Businesses operating under oppressive regimes that make excuses to maintain a status quo, such as saying an issue is too “complex” or claiming they are only upholding a “local custom,” are really just shirking their responsibilities and perpetuating the systems that are violating the human rights of local people.  Eventually, after months of political activism by Black people and their allies across the U.S., the F.W. Woolworth corporation acceded to the demands of the movement, and in July 1960 finally allowed integration at its lunch counters.  Airbnb has not yet learned this lesson from history.

Here are three issues with Airbnb’s decision to reverse it’s November 2018 position that underscore why withdrawing its operations from illegal Israeli settlements is the only way the company can avoid involvement in the ongoing human rights violations that these settlements are causing.

1. By doing business in illegal Israeli settlements, Airbnb is contributing to war crimes and in violation of its basic human rights obligations

Although Airbnb has attempted to use the sanitized language of “disputed territories,” the illegality of Israeli settlements in the occupied West Bank has been consistently recognized and repeatedly condemned. International humanitarian law prohibits Israel from transferring its civilian population into the territory it is occupying. The same laws prohibit Israel from deporting or transfering Palestinians within or outside Palestinian territory. It is also a violation of international law for Israel to engage in ‘pillage’, which is appropriating property for private or personal use without the Palestinian owners’ consent during an armed conflict (including occupation).

Palestinians living in the occupied West Bank are severely and negatively impacted by the settlements.  As the U.N. has reported, “the existence of the settlements has had a heavy toll on the rights of the Palestinians. Their rights to freedom of self-determination, non-discrimination, freedom of movement, equality, due process, fair trial, not to be arbitrarily detained, liberty and security of person, freedom of expression, freedom of access to places of worship, education, water, housing, adequate standard of living, property, access to natural resources and effective remedy are being violated consistently and on a daily basis.”3  In addition, the U.N. and human rights organisations have documented how Palestinians also frequently experience violence directed towards them by settlers, including threats and intimidation, trespass on their private property, as well as setting fire to Palestinian crops and the stoning of their vehicles.4

Airbnb has been made fully aware that settlements violate human rights law and international humanitarian law.5 Further, the company is held to international human rights standards that apply specifically to corporations by the U.N. Guiding Principles on Business and Human Rights (UNGP). The UNGP are a set of internationally agreed upon standards which require all corporations to take measures to ensure they are in compliance with human rights. The UNGP, among other things, require Airbnb to cease operating wherever it is unable to avoid contributing to the violation of human rights. Despite this, Airbnb has decided to continue operating in the illegal settlements in the occupied West Bank.

Israeli settlements in the occupied Palestinian territory are built for the purpose of annexing land that Israel began occupying in 1967. Today, there are approximately 250 settlements in the occupied Palestinian territory.6 Israeli authorities and settlers build infrastructure and take control of large swaths of land for occupation by Jewish residents. The Israeli Government provides subsidies and incentives to encourage Jewish migrants to Israel who move to settlements and to stimulate economic development.7 The promotion of visitors and settlement tourism in the West Bank perpetuates this "settlement enterprise." 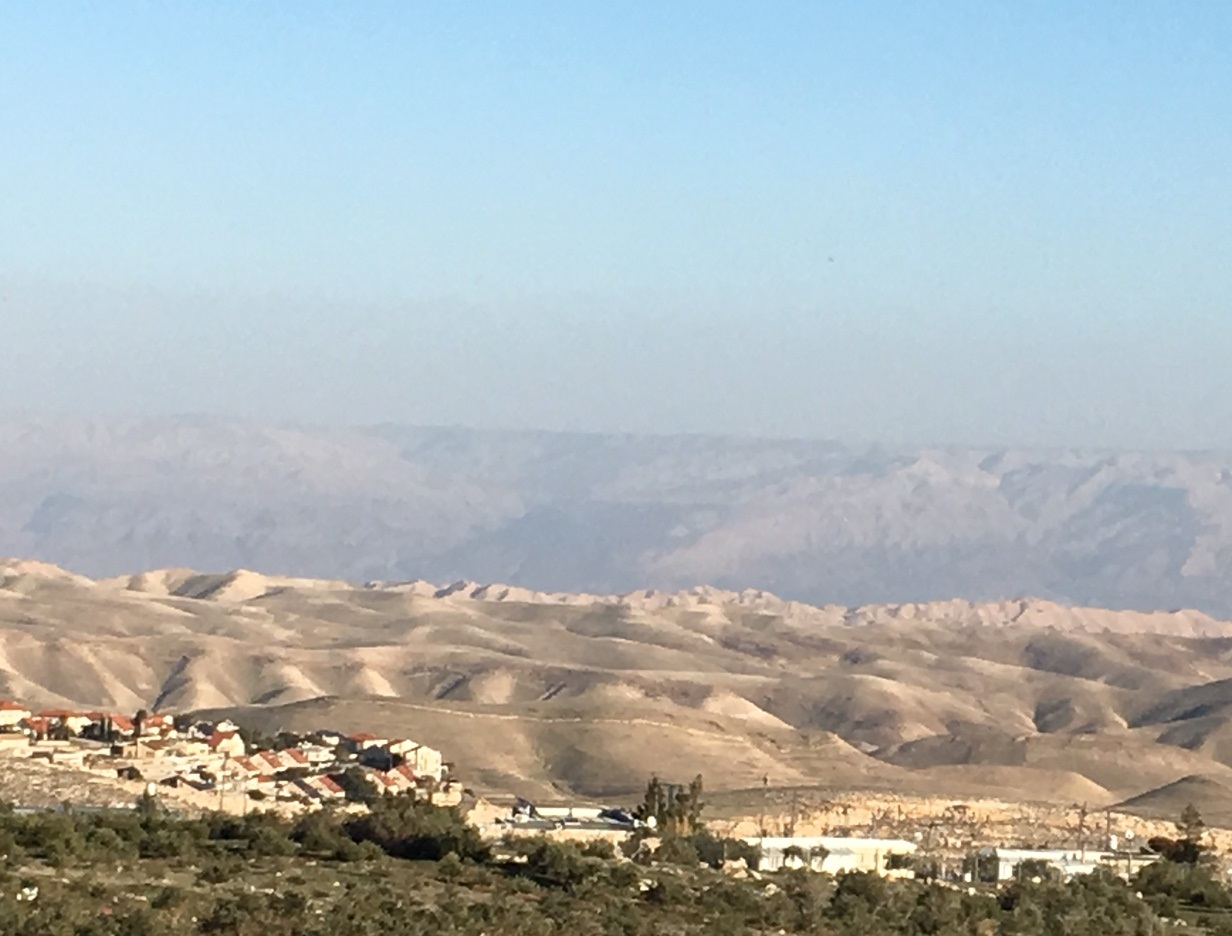 The settlement enterprise is explicitly intended to benefit Jewish people, whether from Israel or elsewhere. Palestinian residents of the West Bank are prohibited by Israeli military order from accessing the settlements where the Airbnb-listed properties are located; even for Palestinians who retain documentation of ownership over the land that the buildings stand. Yet Israeli citizens and residents of Israel are free to come and go from settlements as they please. Airbnb listings of properties that settlers have built on land seized from Palestinians drives tourism to the settlements, provides an important income stream for settlers and thereby helps maintain the economic viability of this discriminatory settlement enterprise.

One example is a Palestinian village Jalud, located near the city of Nablu,s and represented by the Center for Constitutional Rights in legal claims against Israeli-U.S. settlers. The settlement outpost of Adei Ad, illegal under both Israeli law and international law, has been built on land belonging to the Palestinian village of Jalud. The Israeli army and the settlers prevent the people of Jalud from farming their nearby land, and by law, the villagers of Jalud are unable to enter the settlements built on their land. The only way the Palestinian villagers of Jalud can see a portion of the land is through the webpages on Airbnb’s platform where settlers advertise properties to rent.

3. Donating the profits made from Israeli settlement properties does nothing to absolve Airbnb of its involvement in human rights violations

When Airbnb announced its initial intention to de-list approximately 200 properties in Israeli settlements in the occupied West Bank in November 2018, it noted that “many in the global community have stated that companies should not do business here because they believe companies should not profit on lands where people have been displaced.” Then, when the company betrayed its principles by reversing its decision in a legal settlement with the settlers, it decided to donate all profits from Airbnb-listed properties in the occupied West Bank to humanitarian organizations for aid activities outside of the areas considered to be under occupation, in an attempt to buy a degree of integrity. It stated: "Airbnb will take no profits from this activity in the region. Any profits generated for Airbnb by any Airbnb host activity in the entire West Bank will be donated to non-profit organizations dedicated to humanitarian aid that serve people in different parts of the world." 8

Distributing profits generated from illegal activities - in particular to groups unrelated to those who are impacted by those activities - does nothing to remedy the underlying harm. Far from giving it the “neutrality” that the company purports to seek, it is really converting the proceeds of crimes into charitable giving.  But Airbnb cannot launder its ill-gotten profits by donating them to charity.

Further, Israeli settlers will continue to profit from using the Airbnb platform, and Airbnb will continue to contribute to the economic viability of illegal settlements through encouraging tourism to these areas. There’s no way for Airbnb to get around this. Operating in the West Bank requires Airbnb to support settlers, which directly maintains the settlements that are occupying Palestinian land. Airbnb is thereby sustaining the situation that perpetuates ongoing violations of human rights caused by settlements.

There is really only one way out for Airbnb, like there was for F.W. Woolworth. Airbnb must stop operating in the settlements.

To learn more and find resources you can share about the Palestinians that sued Israeli settlers in U.S. court, some of whom have Airbnb listed properties on their land, see the ‘Stolen Palestinian Land’ page on the website of the Center for Constitutional Rights: www.ccrjustice.org/stolen-palestinian-land