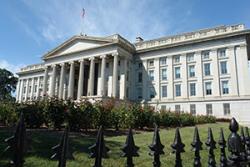 In January 2017, the Center for Constitutional Rights, along with Latino Justice/PRLDEF and the San Juan-based Center for Investigative Journalism (CPI), demanded government records concerning the appointments, vetting, and conflicts of interest for members of the federal fiscal control board in Puerto Rico under the Freedom of Information Act (FOIA).

The controversial fiscal control board was established under the Puerto Rico Oversight, Management, and Economic Stability Act (PROMESA). While the fiscal control board was established as a response to Puerto Rico’s debt crisis, many residents were concerned about the prospect of a group of unelected and unaccountable people making critical government decisions that will have a potentially drastic effect on the economic and political landscape and future of Puerto Rico.

It has been over two years since we requested documents from the Treasury. Now, we are filing a lawsuit because, as we detail in the complaint, the department has breached its legal obligation by not responding in a timely manner to the FOIA request, despite having admitted that it has located responsive documents.

We have long shown concern over the creation of democratically unaccountable oversight boards, which are increasingly deployed to strip decision-making authority from communities of color. In our case Bellant v. Snyder, we sued over the Michigan Emergency Manager Law, challenging its cooptation of decision making over local finances and budget.

Photo US Department of the Treasury by flickr user Evelyn Proimos under Attribution 2.0 Generic (CC BY 2.0).

Recognizing Nakba: 71 years since the forced displacement of Palestinians

May 15, 2019, marked 71 years since the Nakba (meaning "the catastrophe"), the day when tens of thousands of Palestinians were forcibly displaced to make way for the creation of the Israeli state. It also marks one year since the Trump administration opened the U.S. Embassy in occupied Jerusalem.

On this Nakba Day, we spotlighted the voices of our Palestinian clients who we represent in federal court, some of whom had their land seized by Israeli settlers who now live in the properties in illegal settlements and rent to tourists on Airbnb. We are supporting the Palestinians' efforts to sue the settlers for gross human rights violations in Silber v. Airbnb.

On Nakba Day, online campaigners also called for people to #deactivateAirbnb. Supporters of Palestinian human rights around the world took part in the action to deactivate their Airbnb accounts and post screenshots afterwards on Twitter. While Nakba Day has passed, the online actions are ongoing and you can follow them by searching for the hashtag #deactivateAirbnb.

You can also learn more about our clients and the case we brought against Airbnb on our website.

Black Identity Extremism and COINTELPRO 2.0 at the People's Forum 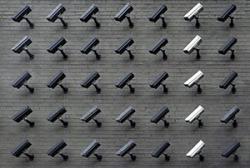 On Thursday, the Center for Constitutional Rights Bertha Justice Fellow Aya Saed will be sitting on a panel at the People's Forum in collaboration with The Black Identity Extremism Abolition Collective (BIEAC) to discuss strategies to help NYC activist communities combat government surveillance on the federal and state level.

Titled "Black Identity Extremism aka COINTELPRO 2.0," the panel will host a discussion and call to action on the FBI's new covert policy of unlawful surveillance and arrest of anti-racist protesters, and will serve as an activist networking workshop on this topic.

With moderator Ajamu Sankofa of the National Conference of Black Lawyers (NCBL), the event will also feature panelists King Downing, Director of Mass Defense Committee, Dr. Johanna Fernández, assistant professor of History at CUNY, and Myaisha Hayes of the Center for Media Justice.