This Wednesday, February 27, 2019 at 10 a.m., the Center for Constitutional Rights will argue before the United States District Court for the Eastern District of Virginia, urging the court to reject efforts by private military contractor CACI Premier Technology, Inc. to dismiss the lawsuit filed against the corporation for its role in the torture of prisoners at the notorious Abu Ghraib prison in Iraq. The Center for Constitutional Rights and co-counsel will oppose CACI's motion for summary judgment, motion to dismiss the lawsuit under the state secrets privilege, and motion to dismiss for lack of subject matter jurisdiction (Alien Tort Statute). After more than a decade, the case, Al Shimari v. CACI et al., is currently scheduled to go to trial on April 23, 2019.

Read the motions to be argued Wednesday on the Center for Constitutional Rights' case page. 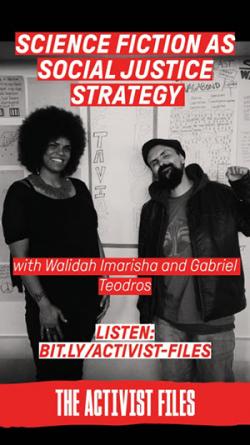 What are the connections between science fiction and social justice? That’s the question we explore in the eleventh episode of the Activist Files with writer and educator Walidah Imarisha and musician, teaching artist, DJ, and writer Gabriel Teodros. As Walidah says, we are all creating science fiction when we imagine a different world. Science and visionary fiction, says Gabriel, are useful tools for imagining a different future. Walidah is the co-editor of the collection 'Octavia's Brood: Science Fiction Stories from Social Justice Movements,' published in 2015, to which Gabriel is a contributor.

Walidah and Gabriel reflect on how oppressive systems want us to play by their rules and try to give us only a few terrible options. Our job—as lawyers, activists, and storytellers—is to imagine a different framing and help build an alternative, better narrative around justice and equity.

Listen to the Activist Files 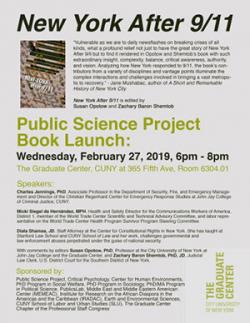 Join Center for Constitutional Rights Staff Attorney Diala Shamas at the CUNY Graduate Center in NYC on Wednesday, February 27, 2019 from 6-8pm, as she celebrates and discusses her chapter in "New York After 9/11" entitled "Living in Houses Without Walls: Muslim Youth in New York City in the Aftermath of 9/11." The book launch event will feature discussions on post-9/11 public safety, health, and surveillance in New York. The featured remarks will be followed by a Q&A session with the speakers.

You can find the details on our events page. We look forward to seeing you there.