Watch: "Fighting for justice: an evening of reflection and discussion" 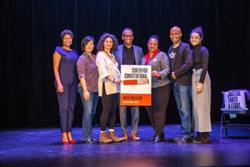 Last Wednesday, many of you braved the polar vortex with us to come hear a thought-provoking panel and a discussion of the Center for Constitutional Rights' work over the last year. Our Legal Director Baher Azmy highlighted some of our greatest hits, and our Executive Director Vince Warren moderated a discussion with activist Joo-Hyun Kang, the director of Communities United for Police Reform (CPR); storyteller Kayhan Irani, an Emmy-award winning writer, performer, and Theater of the Oppressed trainer; and movement lawyer Carlton Williams, a Distinguished Practitioner in Residence at Cornell University and Political Research Associates Research Fellow. Now you can watch the stream here. 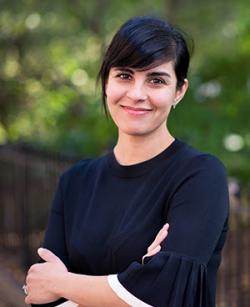 This Thursday, Center for Constitutional Rights Advocacy Program Manager Nahal Zamani will be testifying at a New York City Council hearing on a suite of bills aimed at increasing transparency over the NYPD disciplinary process. The hearing will also likely address questions of oversight and will be livestreamed on the City Council's web site beginning at 10:00am. Follow us on social media for updates on another possible livestream following the hearing.  Certain to be discussed is the report released on Friday by a panel appointed by the New York City Police Commissioner to review NYPD disciplinary procedures. In a statement to the press, we said,

This report confirms what police reform advocates have been saying for years: the NYPD’s disciplinary system is a black box, whose lack of transparency makes it impossible to know if civilian complaints against officers are reviewed and adjudicated fairly, which erodes the public’s trust and faith in the existing systems of officer accountability both within and outside of the NYPD.
…

If the NYPD wants to regain the trust of the public, the Department must show that it is able and willing to hold officers accountable when they violate the fundamental rights of New Yorkers. The NYPD should adopt the panel’s recommendations.

Read the rest of the statement here.

An incredible victory for prisoners' rights 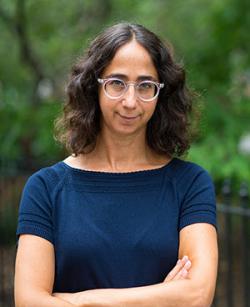 As a result of evidence we submitted with our co-counsel, late in the day on January 25, a federal judge found that the California Department of Corrections and Rehabilitation (CDCR) is systemically violating the due process rights of prisoners. The judge ruled CDCR is violating the Constitution by repeatedly relying on unreliable and even fabricated confidential information to send California prisoners to solitary confinement. The court also found CDCR is using constitutionally flawed gang validations to deny people in prison a fair opportunity for parole.

Based on these findings, the judge granted a one-year extension to a historic settlement agreement we reached in Ashker v. Governor of California, whose aim was to end indefinite solitary confinement in California prisons and included a provision allowing the Center for Constitutional Rights and co-counsel to monitor California’s process to ensure it moved forward according to the terms of the agreement.

According to Rachel Meeropol, senior staff attorney at the Center for Constitutional Rights, "The purpose of the settlement was to eradicate constitutional violations related to CDCR's use of solitary confinement. Unfortunately, California is still violating our clients' fundamental rights to due process. This ruling is an opportunity to remedy those continuing violations. It also sends a clear message to CDCR and California’s new governor: until the constitutional violations end, the courts will be watching."