A federal court temporarily blocked the Trump administration’s new asylum ban last week while we work to get a preliminary injunction. The Center for Constitutional Rights, American Civil Liberties Union, and Southern Poverty Law Center were in court last Monday to halt the policy while the legal challenge is litigated. The complaint charges the administration with violating the Immigration and Nationality Act as well as the Administrative Procedure Act. The case, East Bay Sanctuary Covenant v. Trump, was filed in federal court in San Francisco. It was brought on behalf of East Bay Sanctuary Covenant, Al Otro Lado, Innovation Law Lab, and the Central American Resource Center in Los Angeles.

Center for Constitutional Rights Legal Director Baher Azmy said, "The court has provided an important check on a president who believes he is all powerful, able to override federal legislation with the stroke of his arbitrary and discriminatory pen. Today the courts were clear: Trump's attempt to obliterate decades-old U.S. and international law ensuring a right to safe haven from persecution and violence will not stand."

This proposal, if finalized, would allow the government to ultimately deny admission and lawful permanent residence to immigrants who have used or may use some forms of public benefits. Specifically, the rule seeks to expand which public benefits can be considered by immigration officials, so as to exclude more people from a path towards citizenship. The rule forces immigrant families to choose between their family's current and future health and well-being and the ability to adjust their immigration status. To date, the rule has received well over 200,000 public comments, many of which are opposing the rule.

We submitted our comment in opposition to the proposed rule, because we believe it violates international human rights standards the United States has an obligation to uphold. The proposed rule will threaten to destabilize communities and undermine public health and safety by penalizing individuals who seek to enroll in programs that promote adequate health, housing, and food on an equal basis.

As we noted in our comment, the proposed rule would cause irreparable harm to communities across the U.S., and immigrants and their families. Without access to adequate resources, immigrant families will be unable to meet basic needs and risk losing the ability to pull their families out of poverty. The proposed rule deters efforts to improve health and housing, and discriminates against those with fewer resources, while at the same time perpetuating poverty and lack of basic services for immigrant families. Additionally, the proposed change contravenes globally accepted human rights norms, which aim to ensure an adequate standard of living and prohibit discrimination, including specific human rights obligations and commitments of the United States. As such, we are urging the Trump administration to withdraw the rule in its entirety.

Justice takes a fight. And the best fighters. 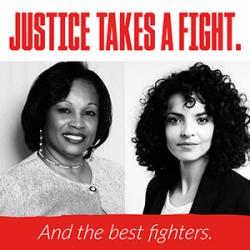 We are thrilled to welcome Donita Judge as our associate executive director and Nadia Ben-Youssef as our advocacy director, starting Jan. 14, 2019.

The Center for Constitutional Rights created the associate executive director position to be a change leader to enable the organization to increase its impact through greater internal alignment, program integration, innovation, and learning.

The advocacy director role was created to lead the organization's advocacy and develop its campaign initiatives. Ben-Youssef will be responsible for bringing high-level strategic thinking to the organization's campaign models, objectives, targets, messaging, methodology, goals, and plans with the aim of advancing and strengthening the Center for Constitutional Rights’ advocacy work.

"The Center for Constitutional Rights has always been a visionary leader in our movement for justice and social change. It is an honor to build on this legacy with such an extraordinary team, especially now, in this season of growth and transformation," Ben-Youssef said. "The Center for Constitutional Rights has been relentless in resisting the world we have. What is most exciting about this moment is that I believe we have everything we need to not only fight for justice, but to harness our freedom dreams and advance a collective vision of the world we want."

Center for Constitutional Rights Executive Director Vince Warren said "I’m thrilled to be working with Donita and Nadia as we build our capacity to be more strategic and aligned organizationally, and scale up our advocacy and movement partnerships."

What's the impact of the mid-term elections on the work of community organizers in the social justice space? That's what we asked to Sharhonda Bossier, Andrea Colon, Brittany DeBarros, Jacinta Gonzalez, Reggie Harris, and Stanley Fritz, six progressive organizers working in the U.S. in "Community Organizers Talk Shop," the ninth episode of The Activist Files. In this changing political climate, they told us about the many ways the results of the mid-terms will have an impact on their work and how their priorities shifted with the election results.

Their responses touched on subjects from comprehensive bail reform and voter suppression to the Safe and Supportive Schools Act and the effect public charge will have on education to militarism, the war, and lawmakers accepting contributions from defense contractors.

Listen to The Activist Files.

PraPrada pulls blackface baubles after CCR attorney calls them out 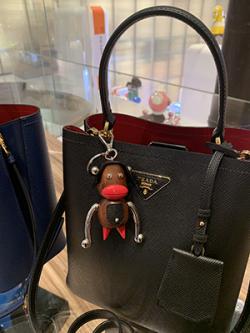 We never expected Prada and the Center for Constitutional Rights to be in the same sentence, but then we never expected Prada to put out a line of racist blackface Sambo merch and window displays in 2018. Our attorney Chinyere Ezie saw the display in the window of the Soho store on her way back from a civil rights conference in DC, where she also visited the National Museum of African American History and Culture, which is dedicated to exposing these racist histories. Chinyere called Prada out, and within 24 hours, not only was the story everywhere, but Prada had issued a sorry-not-sorry apology and claimed they were pulling the offensive items.