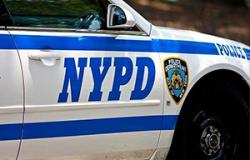 In a victory for New Yorkers, last week a federal court ordered the NYPD to begin electronically recording all police-citizen investigative encounters – including low level interactions – as part of a pilot program to study the potential benefits and costs of implementing such a requirement department-wide. The order was in response to a request by the attorneys behind the three landmark class actions that challenged the NYPD's stop-and-frisk and trespass enforcement practices (Floyd v. City of New York, Ligon v. City of New York, and Davis v. City of New York), and a coalition of community stakeholders including our allies at Communities United for Police Reform (CPR), who urged the court to order the NYPD to implement community-generated reforms.

The community input process, ordered by the court to address the NYPD's constitutional violations and known as the Joint Remedial Process, was conducted over the last three years. Last month, the court-appointed facilitator overseeing the JRP issued a report on his recommendations based on community input, and the plaintiffs asked the court to order the NYPD to implement his suggested changes. To date, the NYPD has opposed the facilitator's proposed reforms.

"We are pleased that the facilitator and now the court have taken seriously the plaintiffs' and community stakeholders' concerns about the problems with lower-level street encounters conducted by NYPD officers," said CCR’s Darius Charney. "If done right, this pilot can be an important first step toward addressing those problems and thus help move the NYPD's stop-and-frisk practices closer to constitutional compliance."

Artist, activist, writer: Molly Crabapple joined us on the fourth episode of The Activist Files. Throughout the years, Molly's work has encompassed many issues, from the refugee crisis in Greece and prisoners' treatment in Guantánamo Bay, to the resistance among prisoners in solitary confinement and the devastating consequences of Hurricane Maria in Puerto Rico. Recently, she created a few pieces in support of the campaign against Trump's Muslim Ban, and some of her courtroom sketches are included in the documentary The Feeling of Being Watched about the FBI surveillance of an Arab-American neighborhood in Chicago.

Together with Syrian war journalist Marwan Hisham, Molly co-authored the new book, "Brothers of the Gun: A Memoir of the Syrian War."

"When we created the first article, we wanted to defy the clichés about what Syria was, what war was. We wanted to show Marwan's city and his neighbors and people as he knew them."

Listen to the podcast.

Stay tuned for next week when we go to court with our allies to challenge Michigan's racially discriminatory Emergency Manager Law.