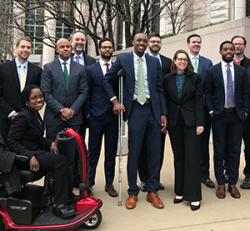 Last week, we went to court with ArchCity Defenders and co-counsel to challenge St. Louis County’s unconstitutional "Wanted" system to certify a plaintiff class of thousands of people who’ve been subjected to the police practice since 2011. The case, Furlow v. Belmar, challenges the use of so-called "Wanteds" – the "catch-and-release" policy that the St. Louis County Police Department (SLCPD) officers use to arrest St. Louis County residents for questioning without a warrant or any judicial oversight. In 2015, the United States Department of Justice's Report on Ferguson found this practice to be rife with the potential for abuse.

Nationally, Wanteds are not an accepted policy or practice, though its origins can be traced to St. Louis County and its surrounding municipalities. Through the Wanteds policy, police officers issue what amounts to a statewide stop-order into electronic databases, designating an individual for immediate summary arrest and detention by any police officer in the State of Missouri for up to 24 hours at a time, and sometimes more, without ever seeking a judicial determination of probable cause as required bv the Fourth Amendment.

Darius Charney, senior staff attorney for the Center for Constitutional Rights, said "The St. Louis County Police Department's use of Wanteds continues to violate the fundamental constitutional rights of thousands of mostly Black and low-income St. Louis County residents and creates the modern-day equivalent of a police state, where people are afraid to leave their houses, drive their cars, go to their jobs, visit friends and family members, or otherwise conduct their daily lives because they could be subject to summary arrest and detention at any time. This practice flagrantly violates the United States Constitution and has no place in a free society." 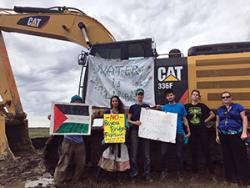 Louisiana Bucket Brigade and the Center for Constitutional Rights obtained the documents through a public records request to the Louisiana Department of Environmental Quality.  The documents reveal a high level of access to and coordination between Energy Transfer Partners and government employees, in contrast to the lack of access to regulators and public officials by pipeline opponents.

The release of the documents follows a recent ruling by a federal judge in Louisiana ordering a halt to construction of the pipeline in the Atchafalaya Basin "to prevent further irreparable harm," as well as the revelation in early February that Louisiana Governor John Bel Edwards met with ETP employee Mary Landrieu—a former U.S. senator—to discuss the pipeline, and that the meeting was not reflected on his official calendar.

The emails reveal Louisiana officials are aligned with a growing national trend of surveillance intended to intimidate those who exercise their First Amendment rights. Since the Standing Rock camp opposing the Dakota Access Pipeline in North Dakota was disbanded last year, 56 bills that heighten the risk and criminal penalties of dissent have been introduced across 30 states. Many of these bills seek to frame protests as "riots" and activists as "terrorists" or "jihadists," in attempts to criminalize protected free speech activity.

Notably, there were no emails produced showing serious discussion or concern at the agency about the extensive record of spills, leaks, and explosions of the companies behind the Bayou Bridge project.

"The documents reveal an unacceptable disparity in the public agencies' treatment of pipeline and industry representatives in contrast to the communities they’re obligated to serve," said Center for Constitutional Rights Senior Staff Attorney Pamela Spees, who grew up in Lake Charles, Louisiana, one of the communities that would be affected by the pipeline. "The documents also suggest there is more to this story, and we’ll continue to ask Louisiana public agencies for more information." 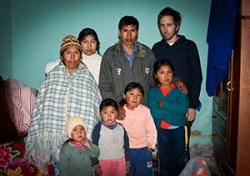 It's not often we're in court in more than one historic case in the same week. Today we begin a full trial in Mamani, et al. v. Sánchez de Lozada and Sánchez Berzaín, the case against the former president and the former defense minister of Bolivia for their role in a 2003 massacre that killed over 50 unarmed civilians and injured more than 400. This is the first time a former head of state will sit before his accusers in a civil human rights trial in a U.S. court; the trial is expected to last about three weeks.

And on Wednesday, it is the last chance for justice for our clients in Turkmen v. Ashcroft— Muslim, Arab and South Asian men who were rounded up for immigration issues after 9/11, detained, and abused. An appeals court ruled that high-level Bush officials, including John Ashcroft and Robert Mueller, could be held accountable, but was overturned by the Supreme Court. We are now seeking to at least be able to hold the warden in charge at the prison where the abuse took place accountable. Stay tuned for more on both cases next week.