15 years after torture at Abu Ghraib, a historic ruling in the fight for accountability

15 years after torture at Abu Ghraib, a historic ruling in the fight for accountability

Nearly 15 years after the horrific abuses at the Abu Ghraib "hard site" prison in Iraq came to light, a Virginia federal judge ruled that the mistreatment of our three Iraqi plaintiffs who were detained there constitutes torture, war crimes, and cruel, inhuman, and degrading treatment. The ruling also held that the private military contractor CACI Premier Technology can be held liable for its employees conspiring to commit and aiding and abetting these crimes, rejecting the company's decade-long claim it should be shielded from liability.

As CCR Legal Director Baher Azmy commented, "the decision is a historic judicial rebuke to the Bush administration's torture paradigm, which had sought to evade the well-established prohibitions against torture, and is one of the clearest statements in the post-9/11 era that victims of torture and grave human rights abuses can access the courts for a remedy. The court confirmed what was plain to the eye: that the horrific treatment our clients endured at Abu Ghraib was unlawful and that, in a country operating under the rule of law, those responsible can be held accountable."

The ruling also strengthens the U.S court precedent for upholding human rights under international law, including those committed by U.S. actors in the years since 9/11. CCR has pushed back on arguments that conduct by U.S. officials or private military contractors fall beyond the reach of judicial review—and filed this case—using the Alien Tort Statute (ATS), a law that allows non-U.S. citizens to sue for violations of international law committed abroad that "touch and concern" the U.S. This ruling importantly concludes that the political question doctrine cannot be invoked to block legal claims under the ATS regarding acts that clearly violate international law.

With the Court's affirmation that our clients have put forward sufficient evidence to support the claim that they were tortured and that CACI can be held liable, we hope that this case can proceed towards trial. We'll continue to work to win accountability for the horrific treatment our clients experienced, and send the message that we will not allow impunity for torture.

Former Bolivian president will sit for trial in U.S. court for role in 2003 massacre 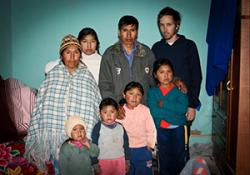 A federal judge has ruled that the former president of Bolivia and his minister of defense will face civil trial in the United States for their role in a 2003 massacre that killed over 50 unarmed civilians and injured more than 400. This is the first time that a former head of state will sit before his accusers in a civil human rights trial in a U.S. court. The trial begins on March 5 in the federal court in Fort Lauderdale.

The families of eight Bolivians killed first filed suit against Sánchez de Lozada and Sánchez Berzaín in 2007, alleging that they planned the extrajudicial killings and intentionally used deadly force against political protests in an effort to quash political opposition.

"The former president and his minister of defense must now listen as we testify about what happened," said Teófilo Baltazar Cerro, a plaintiff and member of the indigenous Aymara community of Bolivia, which led the protests where the government security forces opened fire. "We look forward to this historic opportunity to have our day in court."

A view from the ground: stories of families separated by Trump's Muslim Ban 3.0

For families, being denied a visa means being separated for an indefinite amount of time. That's what happens every day since Trump's Muslim Ban 3.0 went into effect in December 2017. CCR partnered with Asian Law Caucus, Muslim Advocates, and the Center for Immigrants' Rights Clinic at Pennsylvania State Law School to publish a resource highlighting the stories of some of the families who have been affected by the ban. The families' stories particularly call into question the government's claim that a waiver for certain individuals affected by the ban is available on a case-by-case basis, if they meet certain criteria; we've received reports of mass denials to people who should be eligible, suggesting that waiver requests are being denied en masse.

These cases raise serious concerns about the waiver process and mean that some families are in limbo until the U.S. Supreme Court issues a final decision, which we anticipate in June 2018. Last month we filed a FOIA request seeking more information – stay tuned.

The fight continues to end unconstitutional solitary confinement in California 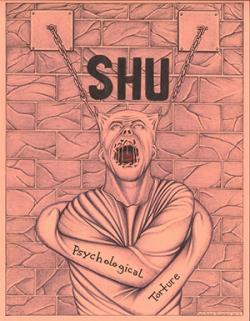 On Friday, CCR and co-counsel argued in federal court that the California Department of Corrections and Rehabilitation (CDCR) must comply with the landmark class action settlement that was intended to effectively end indefinite solitary confinement in California prisons. Under the Ashker settlement, nearly 1500 prisoners were released into general population, but hundreds of these transfers were to extremely restrictive "Level IV" prisons, where conditions essentially mirror those of the Security Housing Units (SHUs) from which prisoners were released. Testimonials show that hundreds of prisoners who were transferred spent the same or even more time isolated in their cells than when they were in the SHU—often 22-24 hours a day. Among them: Luis, who was allowed to shower for an average of 26 seconds a day; Anthony, who was forced to eat alone for 23 days over a month; and Michael, who was only allowed to shower two days in a month.

As CCR cooperating counsel Jules Lobel commented: "To avoid violating prisoners' constitutional rights, the CDCR must do more than move prisoners to units called 'general population'. Prisoners' conditions must actually avoid the torturous effects of solitary confinement that the settlement sought to end."